A trade is NOT over until the whole idea behind the trade is no longer valid.

If you're stopped out, or if you scratch the trade, the trade is NOT over.

Watch for an opportunity to re-enter. 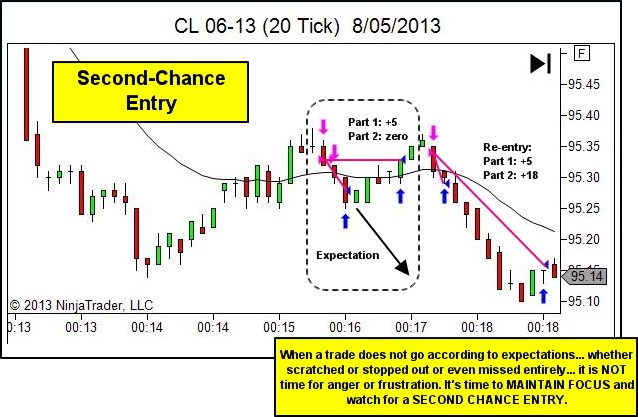 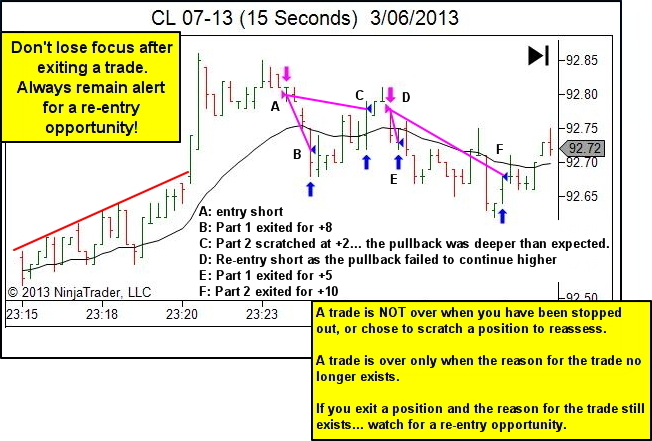 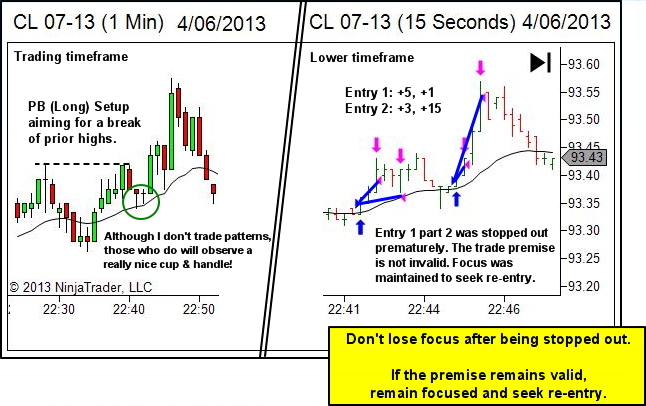 Always consider taking the very first pullback after a structural change, such as change of trend, confirmed breakout or confirmed reversal from a support or resistance area. 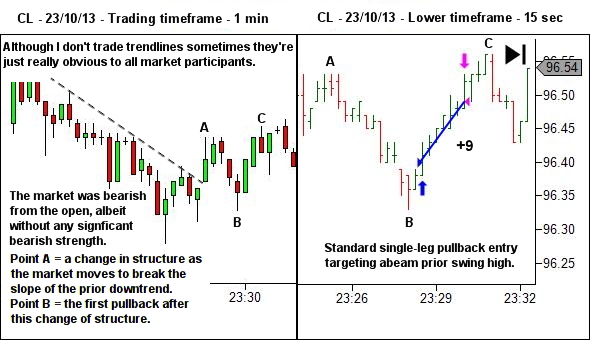 And a similar example from the same day…

END_OF_DOCUMENT_TOKEN_TO_BE_REPLACED

Sometimes you catch them. 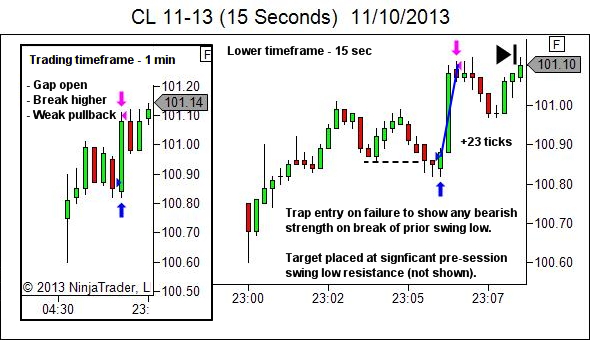 Sometimes you miss them. 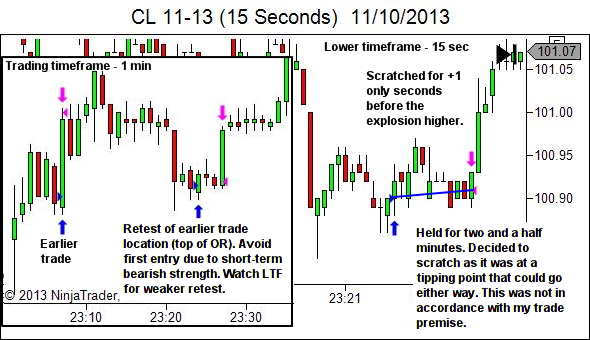 Sometimes you get them… but underperform compared to the potential that was available.

END_OF_DOCUMENT_TOKEN_TO_BE_REPLACED

Specifically, one part of his methodology requires the identification of a turn of a short-term average against the trend to indicate a weakening of that current price swing.

I suggested that my preference in this case would be an SMA simply because the easier mathematics allows us to see in advance exactly at which price level the current candle would need to close at or beyond, in order to turn the average line.

He wasn't aware of this concept, so it's quite likely many others aren't as well. So let me share the idea here. I'm all about "keeping your mind ahead of the current price" and this technique allows you to do exactly that. You'll know ahead of time, exactly where price needs to go in order to change the SMA slope.

It's commonly believed that EMA's are superior to SMA's, simply because they're more responsive to price change and will adapt to movement quicker. While there is some validity to this, really SMA and EMA and all other indicators are just a tool. You really need to ask what you're trying to indicate. Then seek out the tool that best provides you with a solution.

Anyway… here's the thing with EMA vs SMA as it relates to "identifying in advance the point at which the slope will change": 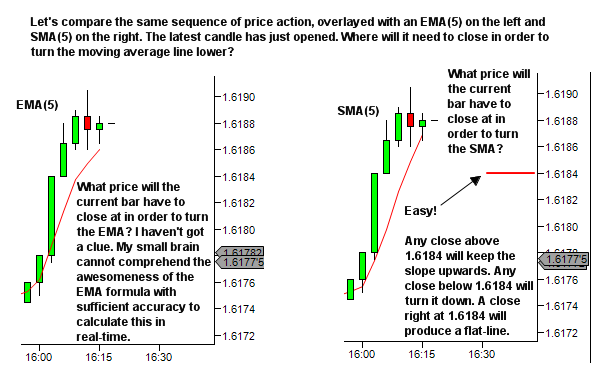 And it takes about a second to know this. With no mathematics at all.

Let's look now just at the SMA as we move forward bar by bar.

END_OF_DOCUMENT_TOKEN_TO_BE_REPLACED 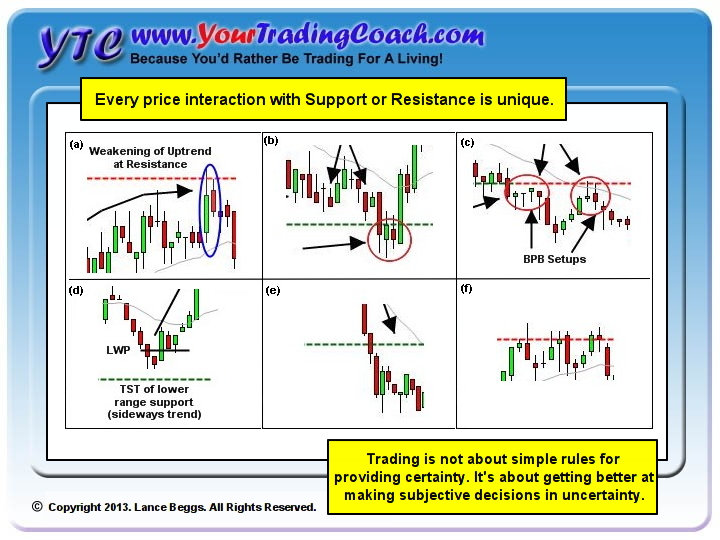 END_OF_DOCUMENT_TOKEN_TO_BE_REPLACED

I always attempt to be as clear as possible in my articles. It doesn't always work out though! 🙂

The following is a question from a YTC newsletter reader regarding what appears to be some contradiction between recent articles.

Contrast the article in this weeks newsletter (4/10/13), where you say you should focus on and make decisions in the trading timeframe, to the article in last weeks newsletter (27/9/13), where you discuss bypassing the trading timeframe for the lower timeframe to get a feel for the strength or weakness of price movement. I'm sure both are valid concepts, and as an educator you probably have to provide broad education, but I do find it personally confusing. ie – what is lance really saying to me????

Anyway, just putting this forward for some feedback. I do think you do a great job of educating in the broad sense, and I understand it's complex, but I would like to see the content / strategy you put forward be a bit more consistent.

END_OF_DOCUMENT_TOKEN_TO_BE_REPLACED

Could you please take a quick look at these setups and tell me what you think. Is my line of thought correct?

With hindsight both of these pullbacks seem to me valid entries long.

I think in both cases the small bearish traps at the end of PBs/CPBs play a significant role and add to the validity of long entry.

Image: (click the image to open a larger copy in your browser)

Response:  (click the image to open a larger copy in your browser)