Here's a great question I received recently from another trader. 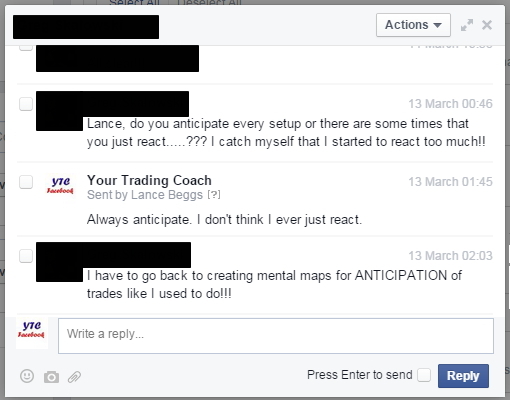 Let's start by defining the terms, as it's obvious that any decision to enter must be a reaction to some "decision making input". But that is not what was meant.

The question is asking:

As I mentioned in response to the question… I always anticipate.

Let's look at a recent example. It's a sequence from last week which nicely illustrates the concept of "Anticipate – Don't React", showing how keeping my focus ahead of price ensures I don't chase or emotionally over-react to any sudden movement.

As a bonus it also demonstrates the idea that "sometimes a trade idea requires more than one entry attempt!" 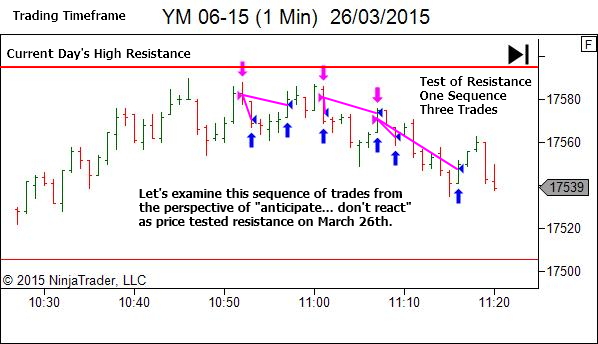 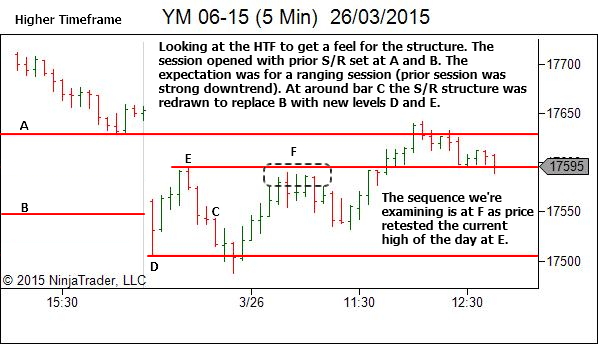 We pick up the sequence with price rallying up towards area F.

We'll view this sequence via the 30 second chart rather than the 1 minute (trading timeframe) chart. It provides a little more feel for the internal movement of the TTF and will make the article a little shorter than if I shared a combination of TTF and LTF each time (I'm all about saving time & effort!). 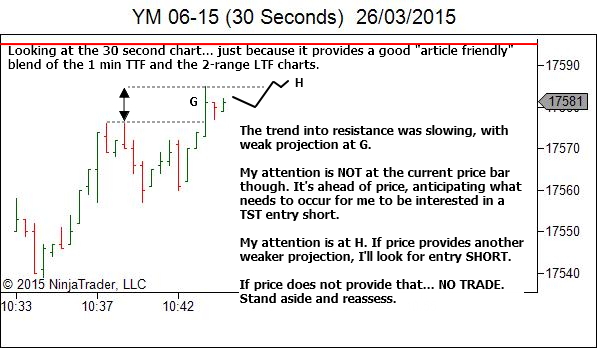 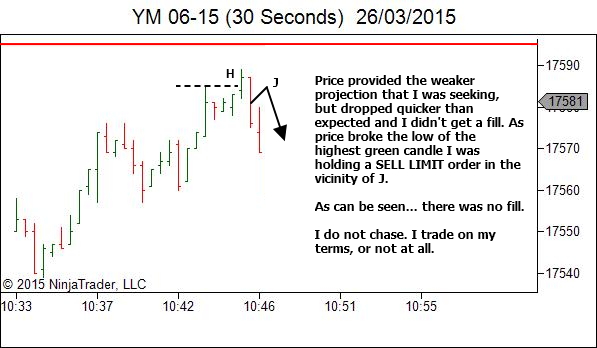 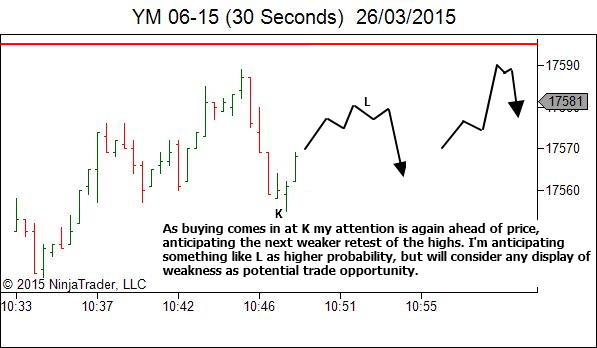 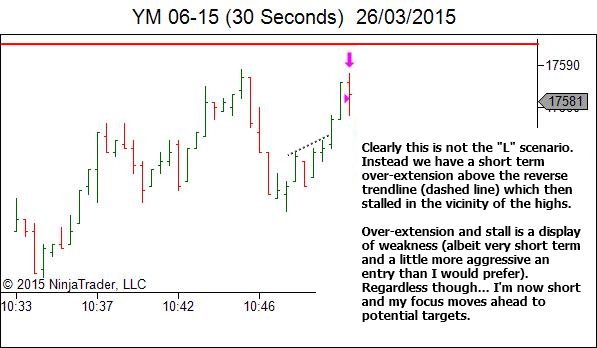 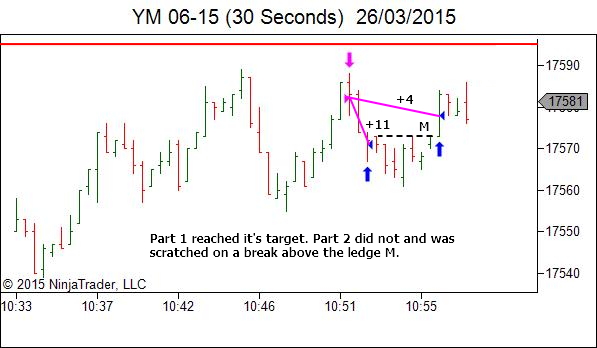 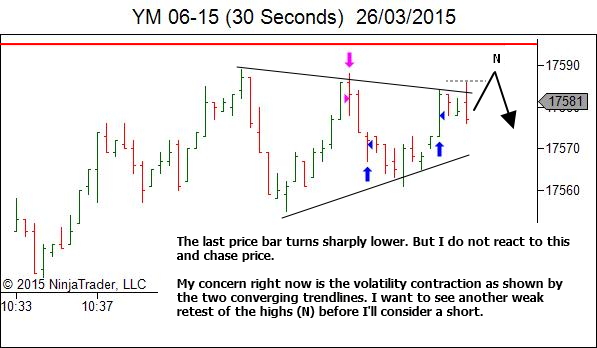 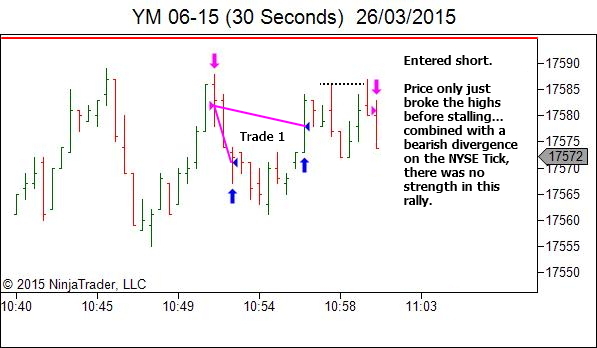 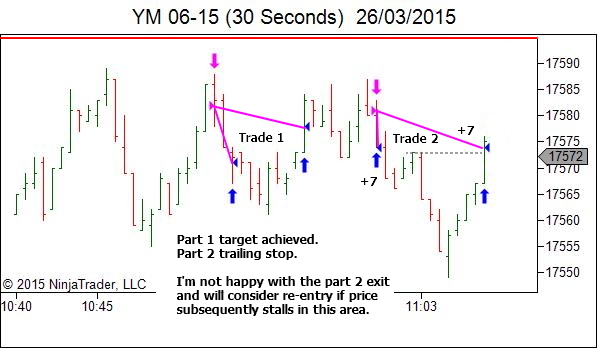 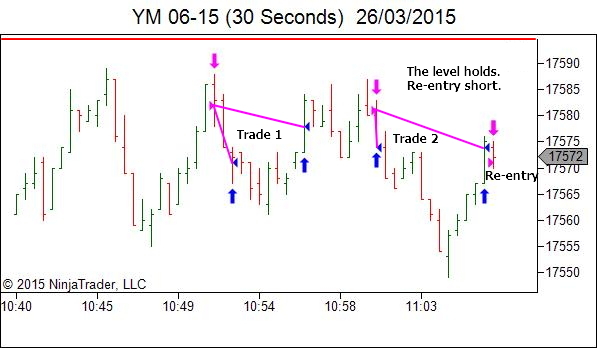 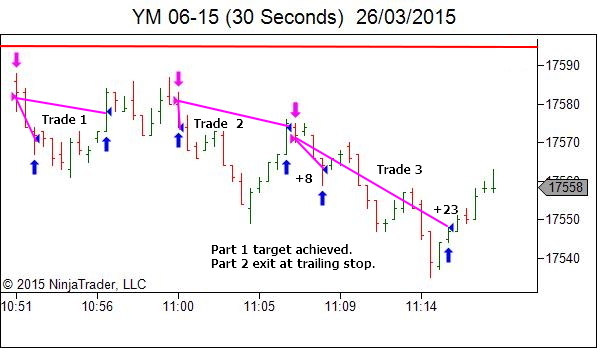 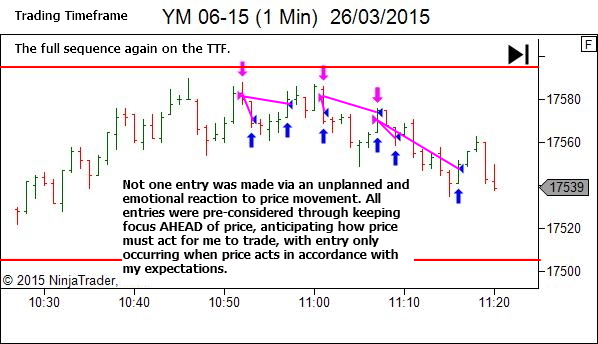 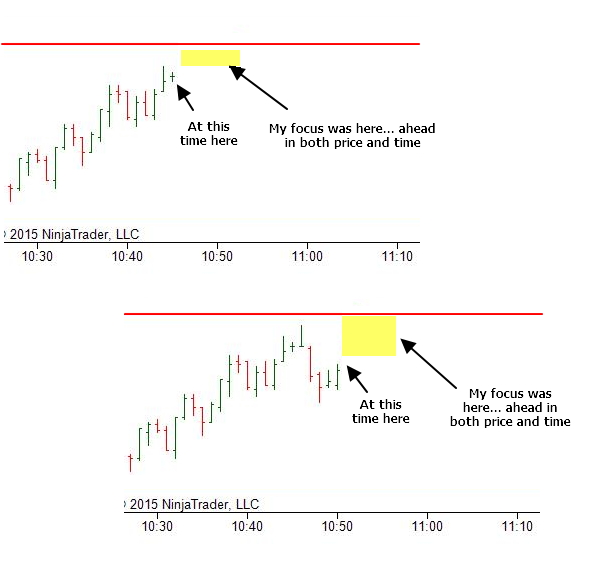 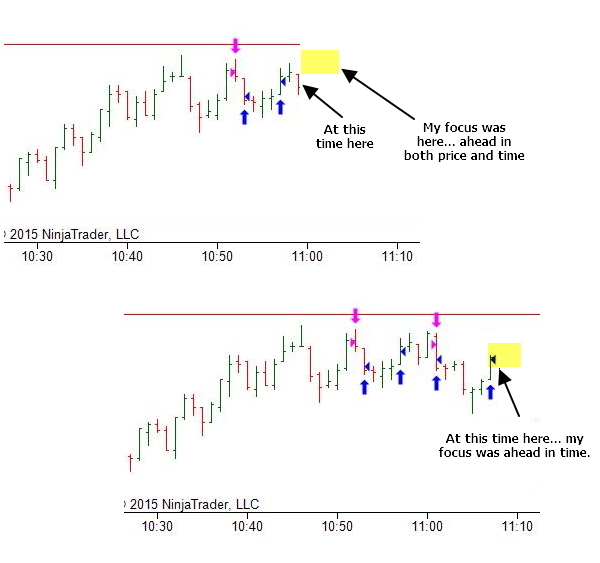 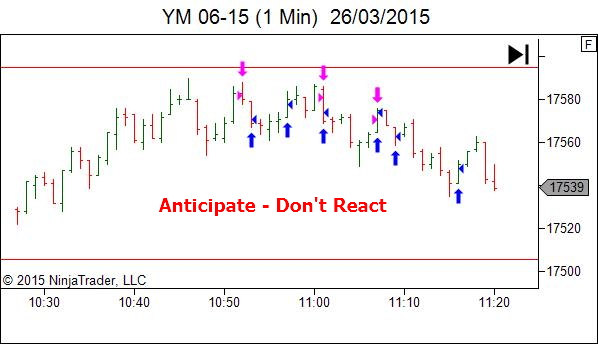 You may not trade the same markets that I trade.

You may not trade the same timeframes that I trade.

It doesn't matter though. Trade on your terms, meaning that all action is pre-considered and pre-planned ahead of time before price gets to the area, rather than an emotional over-reaction to sudden price movement.