Last week we looked at the following chart sequence showing an obvious symmetrical triangle pattern within my higher timeframe chart. 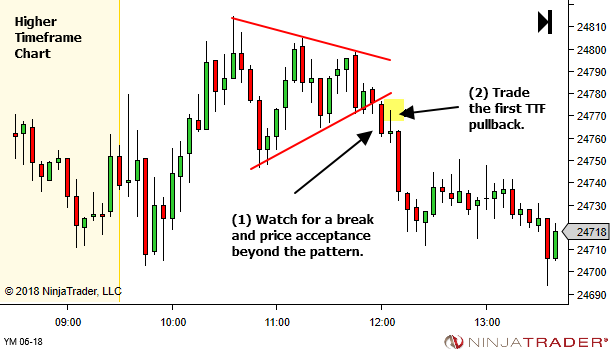 See here if you missed the recent article – http://yourtradingcoach.com/trading-process-and-strategy/higher-timeframe-pattern-breakout/

I don't know if I was somehow influenced by that article. I don't usually look for patterns on the higher timeframe chart. It's primary purpose is for establishing an S/R framework.

But since putting that article together, I'm seeing them everywhere!  🙂

As I said last week… sometimes they just stand out as so obvious that you can't miss them. So I watch them for potential trade opportunity around the edges of the pattern structure. Usually for two alternatives – a breakout failure or a breakout pullback.

So let's do one more example. A little different this time in that the breakout extends much further before commencing the pullback. The same concept applies though – take the first pullback against the edges of the structure. 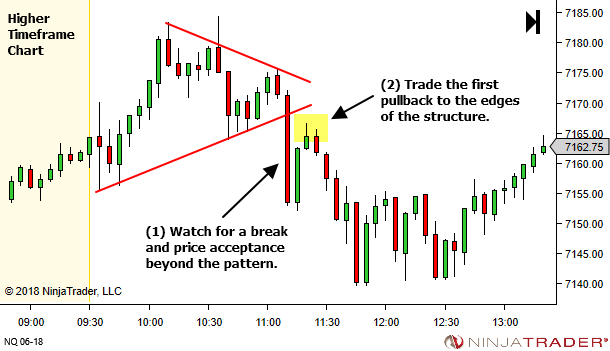 Zooming in now to the Trading Timeframe chart at the time of entry. 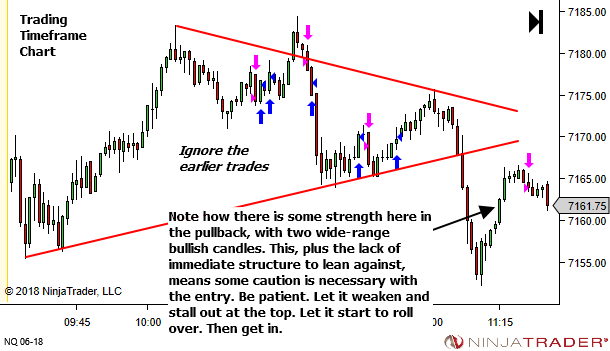 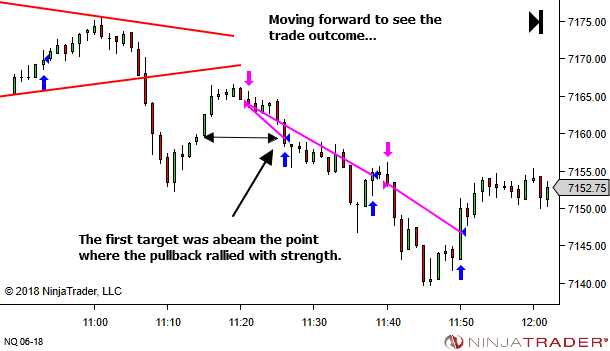 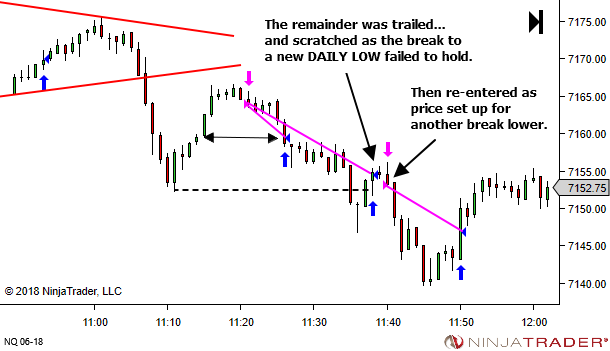 (b) Trade BPB / BOF around the edges of the structure.

It's not how I typically trade, but I expect a whole strategy could be based around the idea.