Welcome back to another installment of support and resistance.

The main chart features that I’m looking for in identifying support and resistance areas are the swing highs and lows, and areas of congestion. These have been covered in previous articles. If you haven’t seen them, please review them first:

However, once you know to look for this, you’ll be amazed at how often a round number does seem to act as a barrier to price flow.

What do I mean by round numbers? Rather than develop a rule, let’s just look at some examples and it should become fairly obvious.

In fact, this concept applies to any market.

An important point before continuing – you’ll recall just a few paragraphs earlier that I said I don’t use this as a stand-alone method of finding support and resistance. If you did, you’d end up with a grid of evenly spaced horizontal lines all over your chart that would just get in the way of price. Rather, I use round numbers as:

How do round numbers become support or resistance?

Round numbers work simply because human nature has led to them becoming significant. We work best with approximations.

You hear all the time people making comments such as, “If stock XYZ gets down to $10 that’s a bargain, and a definite buy”, or “There’s no way stock ABC will get over $75, so if it gets up there I’m going to take profits.”

You hear this in all markets.

There was great talk in the previous twelve months, about GBP/USD rallying up to the 2.0000 level, and USD/CAD falling to parity at 1.0000.

Remember, this talk doesn’t guarantee support or resistance at these areas. However, it should act as a warning of a potential barrier to further price movement.

Let’s look at some examples, from different markets and different timeframes. 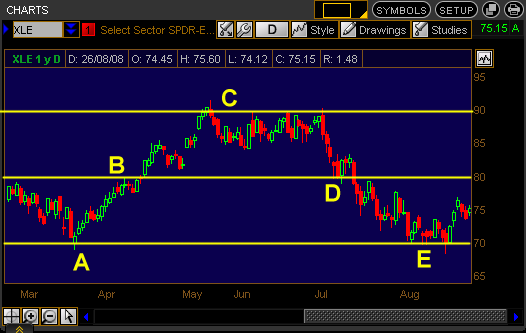 In the daily chart of the Energy Sector, XLE, note how the price met support at the 70 round number level (area A). The price rally stalled briefly at 80 (area B), before topping at resistance at the 90 level (area C). After failing to breach this resistance area over the next several weeks, price fell and met support briefly at 80 (area D), before returning back to support at the 70 round number level again (area E). 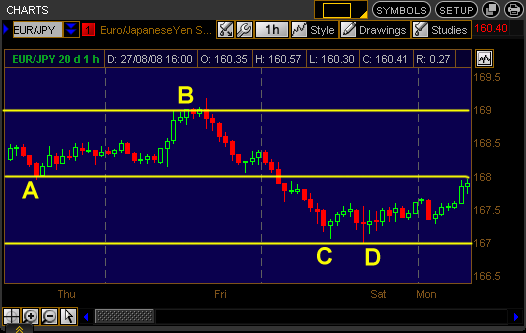 And it works on the short timeframe charts as well. 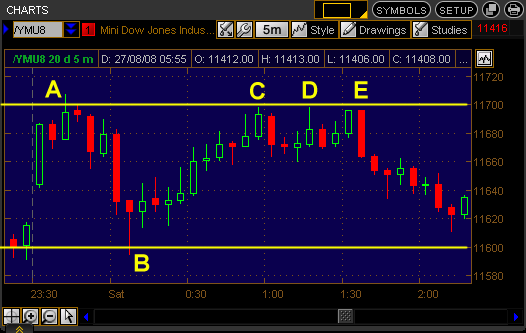 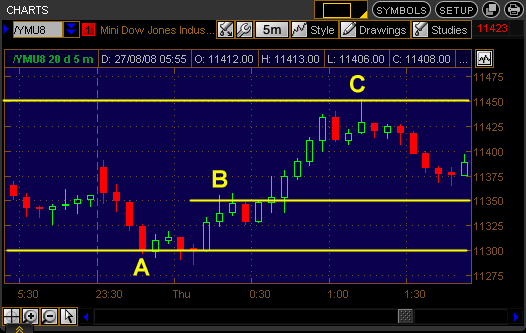 Now as much as this sounds like the greatest discovery since sliced bread, I just want to remind you (yet again) it’s not the Holy Grail. In the above example, price found support or resistance in the vicinity of 11300, 11350 and 11450. However it didn’t have any difficulty breaking right through the 11400 level.

Just because price is at a round number, doesn’t mean it will pause there.

I prefer to look for levels of support or resistance through swing highs and lows or congestion areas, as described in previous articles. And then if they coincide with a round number, all the better.

Had I traded the above example, 11300 and 11350 would not have been considered significant in my pre-market analysis. However 11450 was proven as a previous area of significant swing-low support, on two occasions about a week prior. Being a round number as well adds to my confidence in this level again acting as a potentially significant area of support or resistance.