Over a series of trades your trade management decisions will have greater impact upon your P&L than will your entry.

Almost daily I get emails asking why a certain trade didn’t work. Almost every time, the trader is missing the point. Trades don’t always work. Our profit and loss comes not from any one particular trade, but rather from a series of trades. If you find yourself in a trade which is not working, reduce risk or exit entirely and reassess. Use your trade management skills to minimise the loss. And work to ensure that OVER TIME your combination of win% and win/loss size ratio produces profits.

Let’s look at a trade: 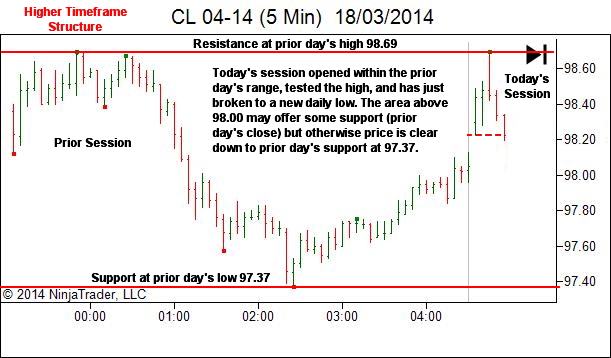 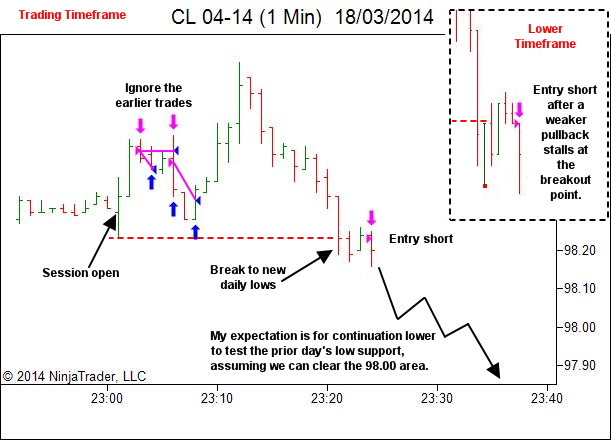 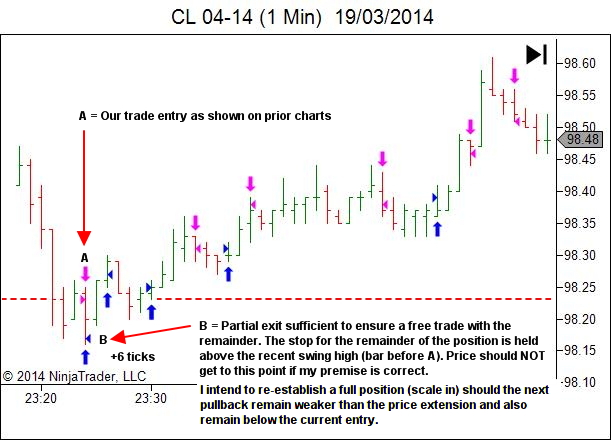 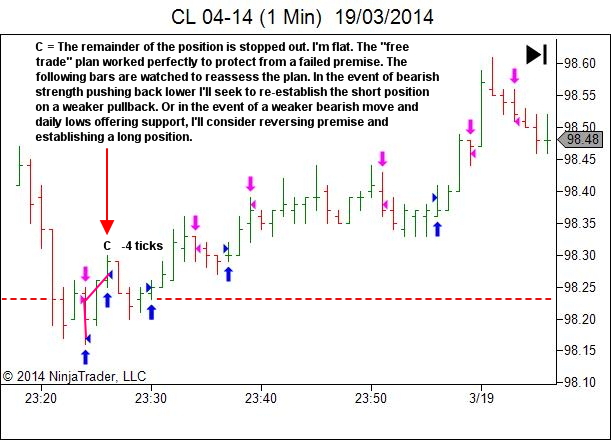 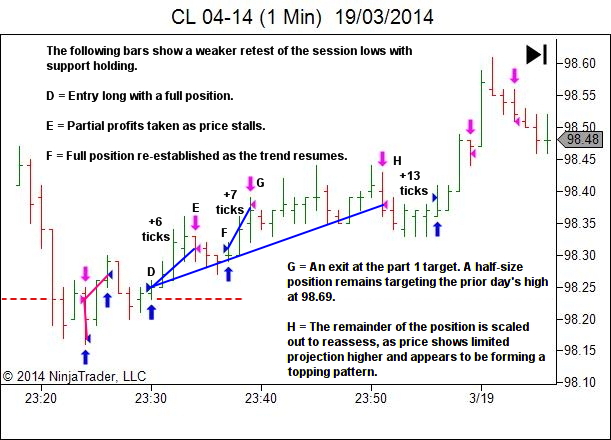 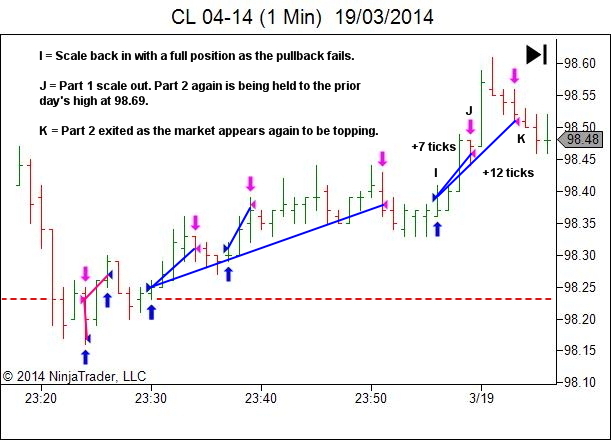 Whether you see this as three separate trades, or as one trade sequence which simply scaled in and out, is largely irrelevant.

The initial premise was for continuation lower to the prior day’s low.

The initial premise was proven wrong.

Trade management kept that initial position from providing a loss. And subsequent reassessment and reversal of bias (all part of making trade management decisions) ensured a profit on the full sequence of trades.

Even if I’d been unlucky on that initial trade and unable to scalp out the first part for a free trade, the loss would have been minimal (-4 ticks per contract). Loss would have been nicely contained allowing profits on the remainder of the sequence to easily overcome the loss.

TRADE MANAGEMENT IS MUCH MORE IMPORTANT THAN TRADE ENTRY.

PROFITS ARE MADE OVER A SERIES OF TRADES. INDIVIDUAL TRADE RESULTS ARE IRRELEVANT.