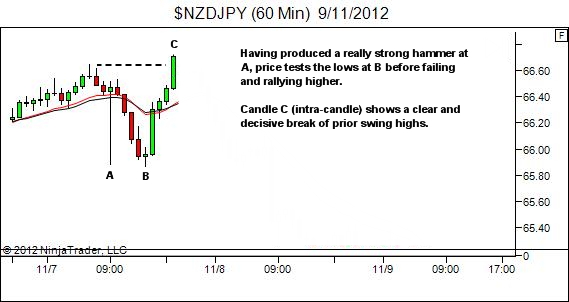 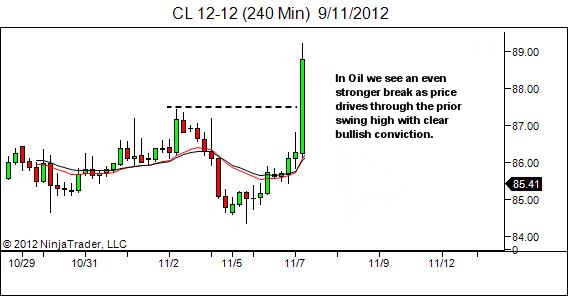 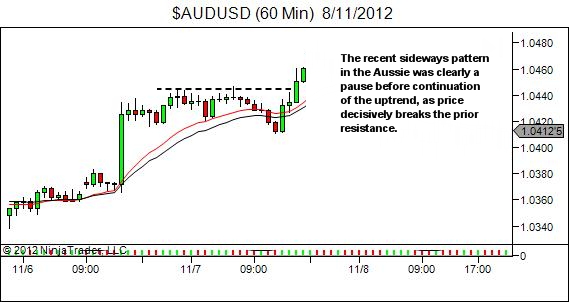 Or are they? (Hopefully you didn't just take my word for it!)

Here's the outcome of all three: 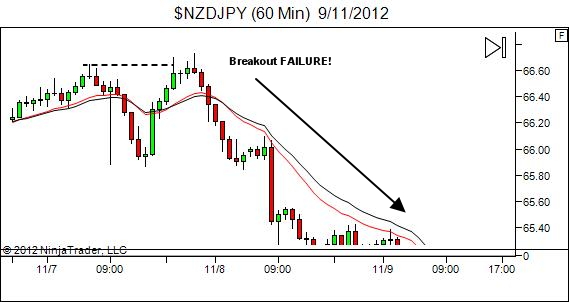 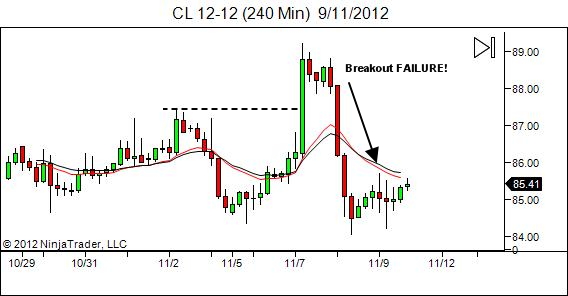 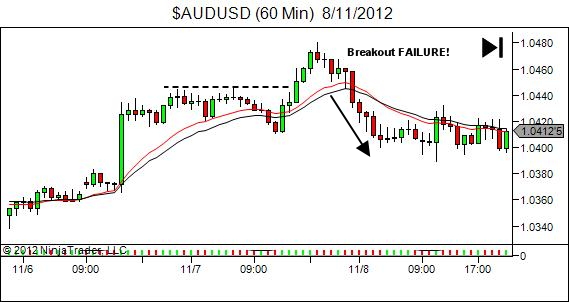 Of course the problem was that you're missing a lot of information in the initial charts. It offers only a narrow view of surrounding price action. And you're lacking a multiple timeframe perspective.

But many people trade with a narrow view, basing trading decisions off the current price action patterns without any consideration for context. That is, where is the pattern occurring within the higher timeframe structure and how will this influence the decision making of market participants across those different timeframes.

What you were lacking in the initial chart views was the fact that all breakouts took price straight into areas of higher timeframe resistance. On the trading timeframe provided, the charts appear to show a strong breakout and bullish trade opportunity. To the more enlightened trader the breakout offers a lower probability option so it will be passed, with the trader watching for signs of failure to trigger them into a short trade.

The following diagram gives one example example of how this can play out. The higher timeframe structure in each of these three examples did not necessarily look like that shown in the diagram below, but the concept was the same. Trade opportunity can be found at the point at which conflict between timeframes is resolved. 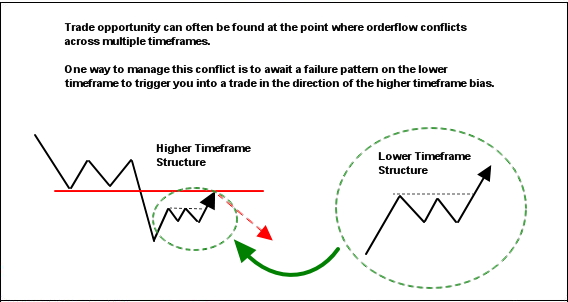 But this isn't just theory!

Those who trade in accordance with the YTC Price Action Trader should be watching for setups such as these (BOF setup!!).

Nothing gives me greater pleasure than to get feedback from readers of my ebook series who have made this breakthrough; who are not just blindly reacting to current price, but are thinking one step ahead of the masses and playing "the game hidden behind the trading game".

The following are three charts sent to me by a reader of the YTC Price Action Trader, who took the above trades, entering short as the breakouts failed. Congratulations on some great trading!

Click on the images to open a larger picture in your browser!