Here is a useful rule:

After two attempts at a trade idea, if it hasn’t worked, it’s clear that something is not right. You’re not in sync with the market.

Try to see the picture from the perspective of someone who might have the opposite bias to you. What are they seeing? Could they be right?

But you may also have prevented a meltdown; stopping a good trade idea which didn’t work from turning into an absolute mess of a session. 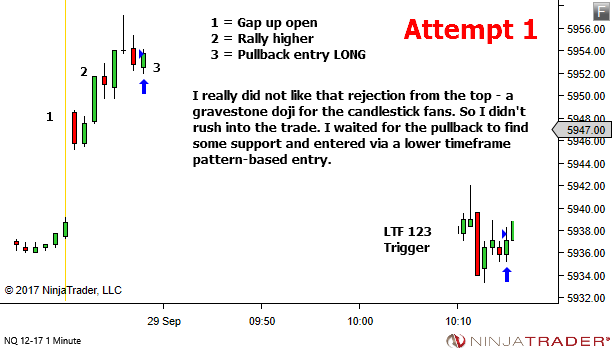 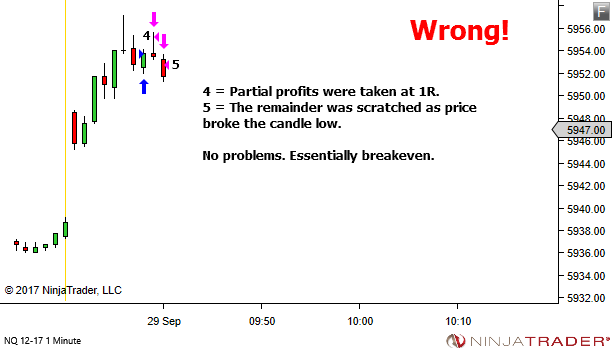 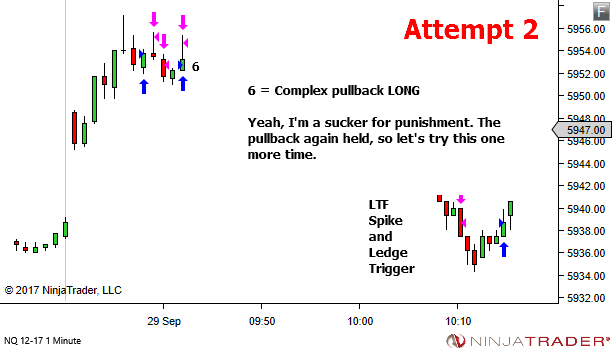 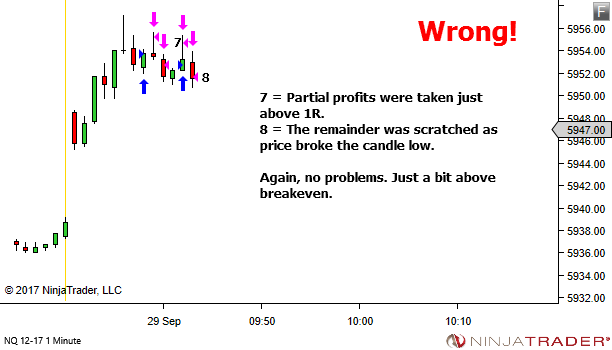 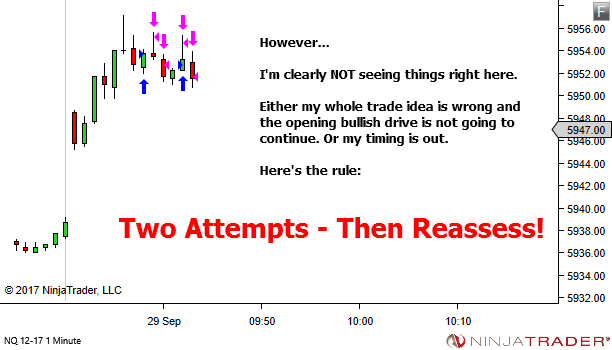 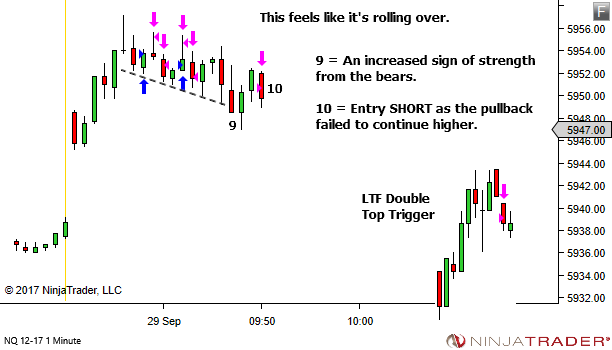 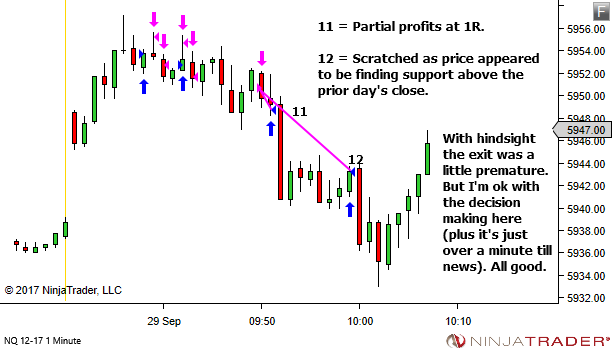