I love this comment in response to last week's article (see the article here if you missed it).

This was the trade Steve is referring to: 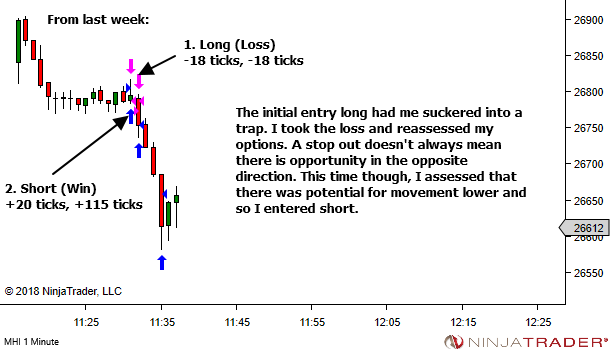 Too many traders take the loss personally. As Steve says, they're stuck in the mindset of "Aaargh, I did it again."

Their focus is on themselves and their feeling of intense injustice and frustration.

Their focus is NOT on the price movement.

And so they miss the next opportunity, which spirals them into even greater depths of despair, especially when that opportunity is back in the original direction in which they entered.

LOSSES ARE A PART OF THE GAME.

Take the hit. Refocus yourself. And move on. (Provided session loss limits are not hit, in which case you shut down for the day!)

We've talked quite a bit over the years about the fact that trading is NOT about individual trades. Instead it's a game of profiting over a SERIES of trades.

Individual trade results are irrelevant. Series of trades are what matters.

And here's the thing – every series of trades will likely contain a combination of both winners AND losers.

LOSSES ARE A PART OF THE GAME.

Take the hit. Refocus yourself. And move on.

I shared a simple concept once before, which may help create a shift in mindset for some who read it. Let's repeat the idea today.

What if you stopped trying to find winners? 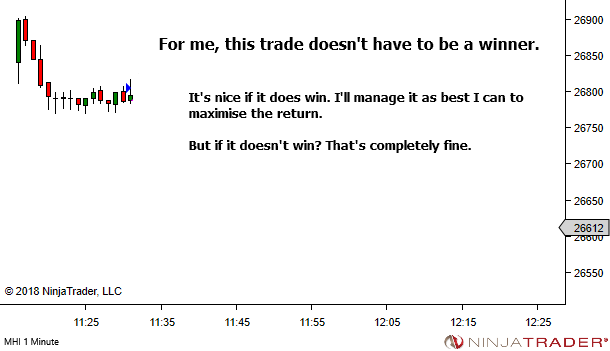 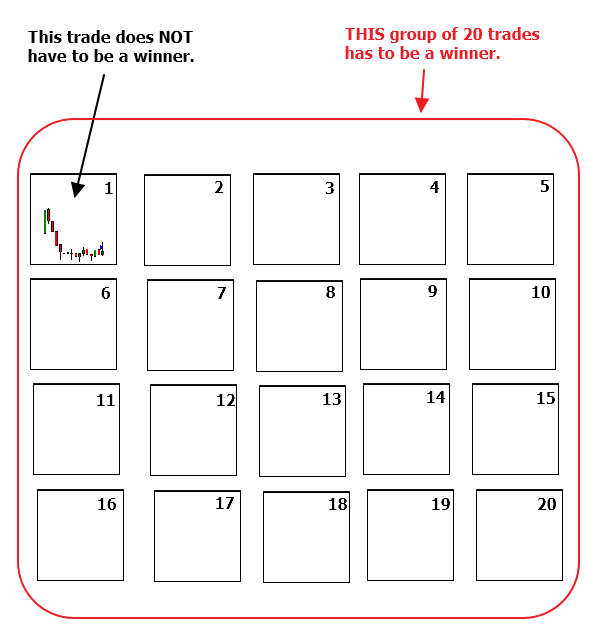 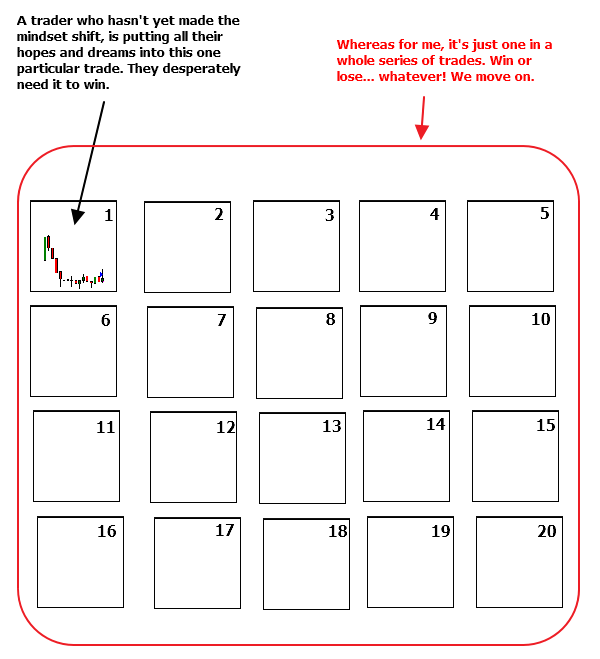 It's an important difference.

A novice trader is trying to find a trade that will win.

I'm trying to find a trade that is worthy of being one in a series of twenty.

I don't need a winner.

I place all the odds in my favour. And I take the trade.

If it's a loss, I take the hit, refocus and move on.

It's a slightly different mindset… but one with a whole lot less fear.

I want to share one more idea which might help create this shift in mindset. But this article is long enough already.

Far too often we just accept the default options provided by our trading platform and other tools. Without any thought as to whether or not they can be improved. Ok, maybe not you, but I’m certainly guilty of this. It’s time to change that. A fortnight ago we discussed a habit I saw creeping into…

A common assumption is that a trader needs to be operating with a calm mind and relaxed body in order to trade with maximum focus and ensure peak performance. Generally, I agree with this idea. Relaxation and positive affirmations have been some of the main tools I’ve recommended when asked for assistance with mindset and…

It's normal from time to time (often even) to get frustrated at the overwhelming task that lies ahead. At these times, I find it incredibly helpful to pause and reflect on exactly where I've come from and how far I've progressed. Yes… way back in the early days… I bought into Croesus Mining near…

One of the great things about being involved in trading education is that it provides me with the ability to chat with a LOT of developing traders. Common themes appear over time. This is one of them… "Can you review this trade. It's a trade idea which I thought was good, but it just…

The end result is that I still have a profit. And yet I feel crap. And my mind starts beating me up for not doing better. All part of being human, I guess. But not ideal if you wish to be an effective trader. There is very little to be gained by carrying negativity into…