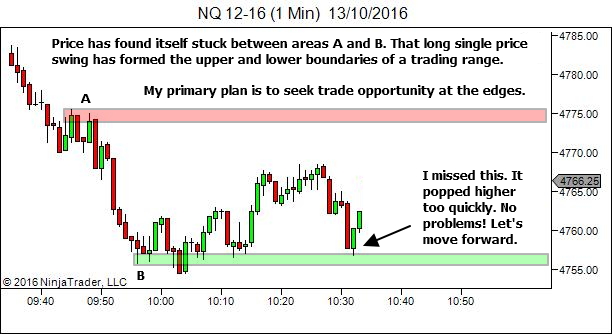 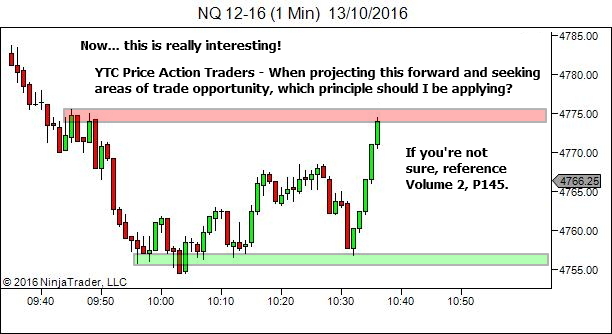 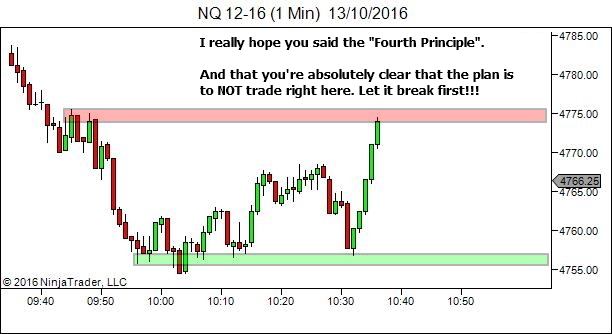 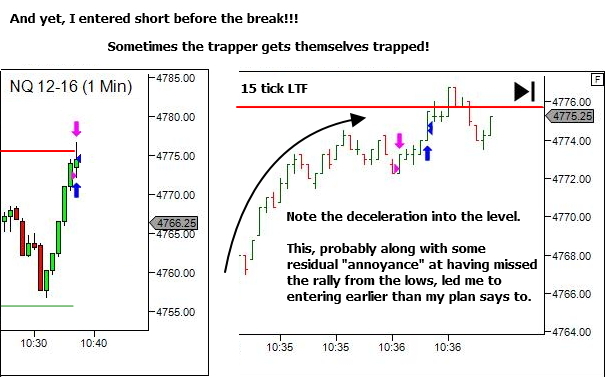 I was wrong again.

And I return and do it right.

Because, you know what? One trade does not define the success or failure of my trading business.

A trading edge plays out over a SERIES OF TRADES.

It took me two more trades to get back in front.

One that almost did it… it's just the commissions that kept me in slight drawdown. 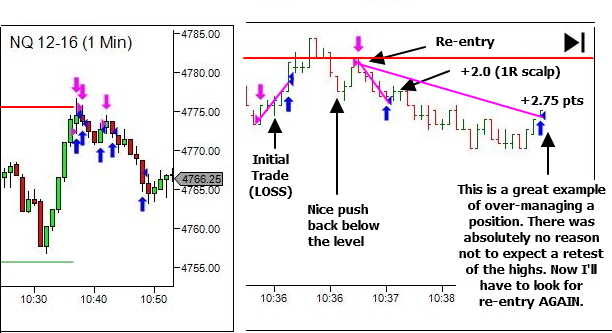 What was I saying before about "right but mismanaged"?

Thankfully there was opportunity to re-enter! 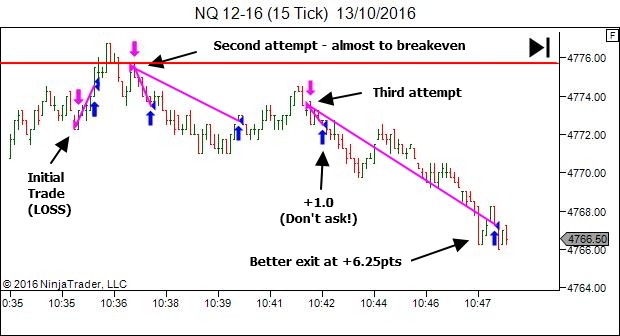 Yep… playing The Fourth Principle would have worked out so much better.

But instead, I'm left with a whole lot of IMPERFECT DECISION MAKING!!!

And yet… that's reality.

I'd love to show you only the "perfect" trade sequences.

But that would be doing you a disservice.

Reality is sometimes messy. You need to accept that.

And you need to learn to profit DESPITE your imperfection.

So if you find yourself overly frustrated after a trade loss, and unable to get back in while the premise is still valid, ask yourself why?

Do you not believe in your edge?

Do you not believe in your ability to trade your edge?

Are you trading too much size, such that a single loss actually HURTS?

Or have you not yet truly understood and accepted the long-term nature of this business (aiming for positive results over a series of trades rather than on every single trade)?

I see far too many traders destroy a session through fighting the market. Again and again and again. You need to break the pattern. Try implementing this rule: Two Attempts – Then Reassess!   After two attempts at a trade idea, if it hasn't worked, it's clear that something is not right. You're not…

The whole analysis process for a novice trader is aimed towards finding a winning trade. Sure, they know intellectually that not all trades will win. But surely this one… the one they worked so hard for… the one that all their analysis says is a good trade… it's just got to win! And then…

It’s trade time. Let’s do it! See here for full details on how to identify and trade this setup. And more importantly… why we take it. And there you were through the whole process, cool, calm and collected. Right? Ok, maybe not? More likely, pre-entry, you were consumed with doubt and hesitation. – “What if…

No… not the naughty chair. This is not a punishment. Sometimes you just need to separate yourself from the screen. Get away from the computer. Get some fresh air. Relax and refresh the mind and come back to start again. Like a reboot for the trader!

What is the greatest risk you face in trading? Is it loss of money? Certainly, that’s what most traders believe. I tend to disagree though. In my opinion we have something much greater at risk, that very few of us consider during the ‘learning phase’. The American political journalist and author, Norman Cousins, is quoted…

It’s been a week of incredible opportunity and incredible challenge. We discussed the challenge a little on social media, with some good lessons that I thought should be shared through this channel as well. This social media post struck a real chord with viewers, in comparing the opportunity from Monday and Tuesday and discussing how…