I had an interesting thought while trading (or trying to trade) the following sequence: 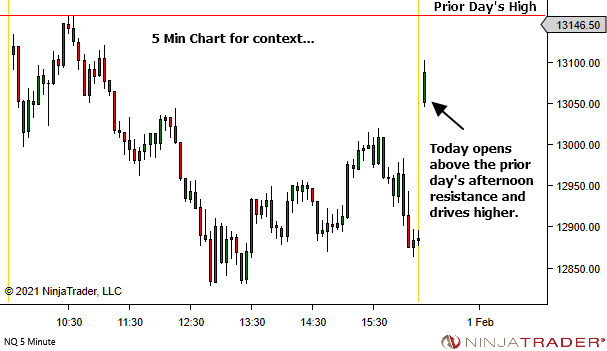 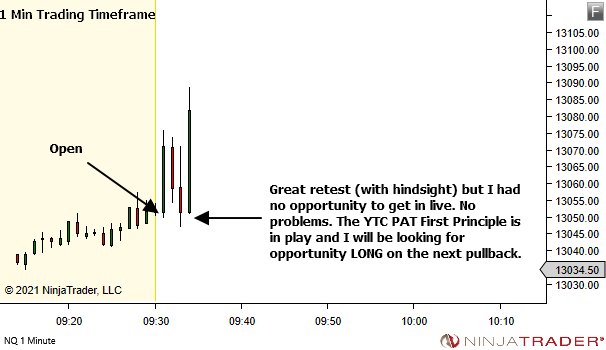 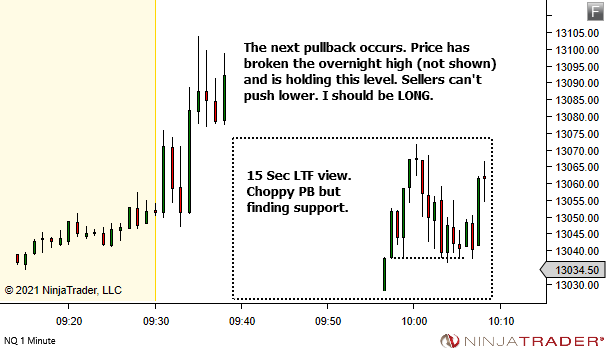 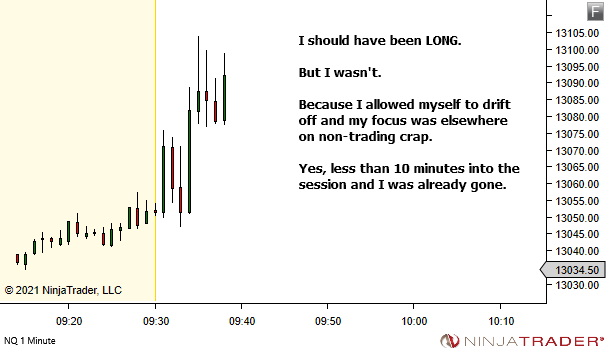 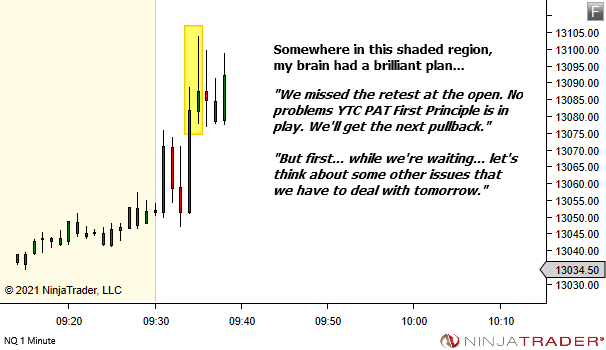 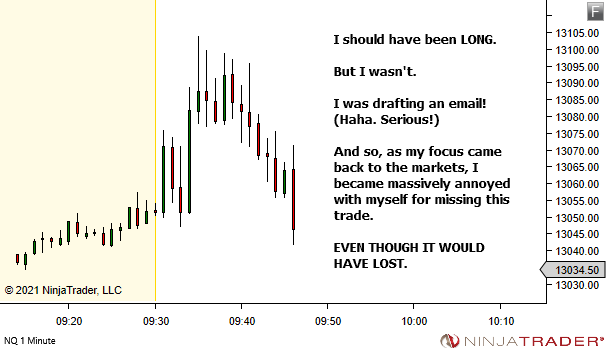 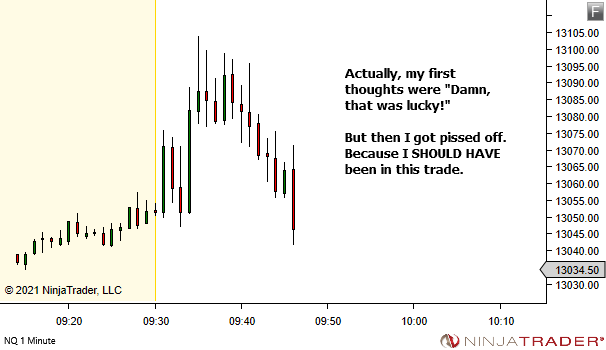 And then I thought…

Maybe, like my initial reaction, you simply write it off as “luck”. And then move on.

But maybe it’s also because you don’t get annoyed when you miss losing trades.

If it’s a valid trade in accordance with your trading plan, then your edge relies upon you taking as many of these trades as you can.

Your edge plays out over a whole series of trades. 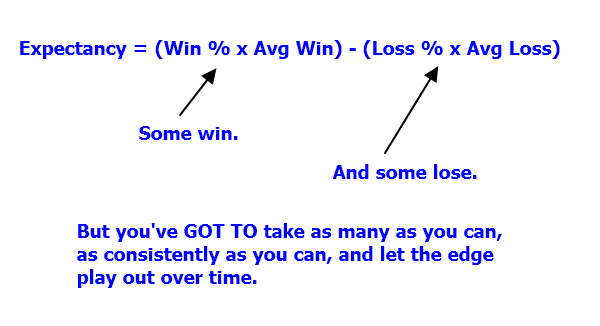 By avoiding a loser I’ve helped my stats – this time.

But that’s not the point.

Think bigger picture – to a data set comprising EVERY VALID TRADE I MISSED OVER A LIFETIME.

Take them all. And manage them as best you can.

Here’s the key point to take away…

If it’s a trade with edge and you missed it due to lack of focus, it doesn’t matter that it lost.

You should feel annoyed. And you should be reviewing the reason for missing the trade and trying to ensure that next time you’re more focused and ready to take that entry.

Because next time… it might just be a multiple-R winner.

In the meantime… this was a good opportunity for me to practice some of the mindset ideas we discussed last week – https://yourtradingcoach.com/trader/managing-your-mindset/.

This clearly wasn’t my trade to take. If it was, I would have taken it.

Now focus… and get back into the game. 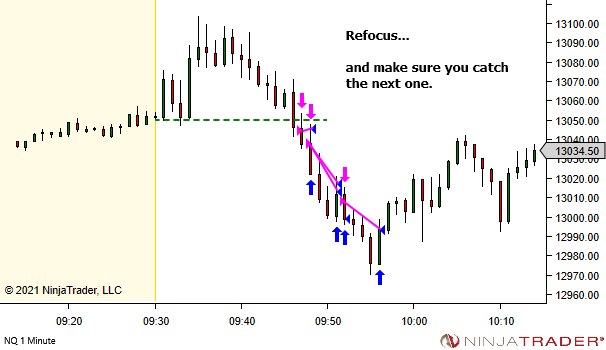 I had an interesting email exchange with a trader a couple of weeks ago, who is struggling with occasional massive losses. I've had the opportunity to speak to a LOT of traders over the last 8 years of writing these articles. You'd be surprised at how common this problem is. We discussed several options…

First up… let's identify the higher timeframe S/R structure at the session open (18 minutes before the trade). We'll do that via two charts, the first using the day-session data only and the second looking at the overnight data as well. Now let's move forward 18 minutes on our trading timeframe to see the trade…

Last week we discussed a simple technique that helps keep my mindset focused on the price action, rather than on my P&L, after suffering a trade loss. You'll find last week's article here if you missed it – https://yourtradingcoach.com/trader/its-how-you-choose-to-react-that-makes-all-the-difference/ So this week… I want to go a little deeper. Because there is something that needs…

I love this recent email exchange with a new trader… Email received: (We'll come in mid-stream as the earlier conversation is not relevant to this article!) Great Lance, thanks for responding and giving me all this information. I plan on trading highly liquid stocks and probably the intraday with the occasional swing trade. I've been…

From time to time I like to share some of the reader Q&A, as it often contains lessons or information that is important for all of us who aspire to master this trading game. The following is a great question from one of the YourTradingCoach newsletter readers, Rory:   Question: I have to thank you…