Some of my better trades lately seem to occur after a string of marginal trades which either stop out or seriously underperform.

Mostly because of my rule which says that after two poor trades I need to step aside, clear my mind and reassess the situation.

It prevents a downward spiral of emotional revenge trading.

And allows me to return to the market with a new plan. Usually, a plan which waits for a change of structure and takes the first pullback opportunity within that new market regime. 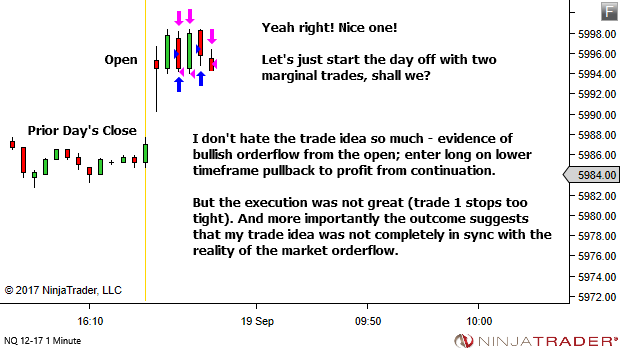 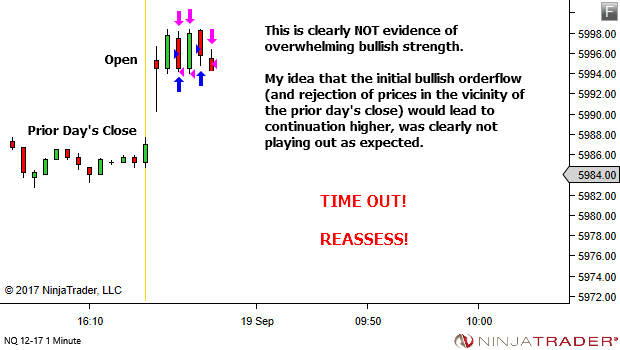 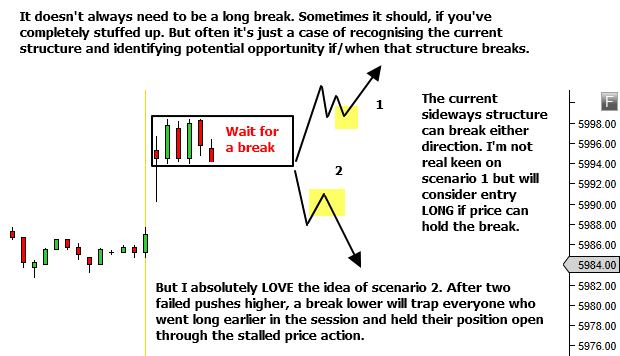 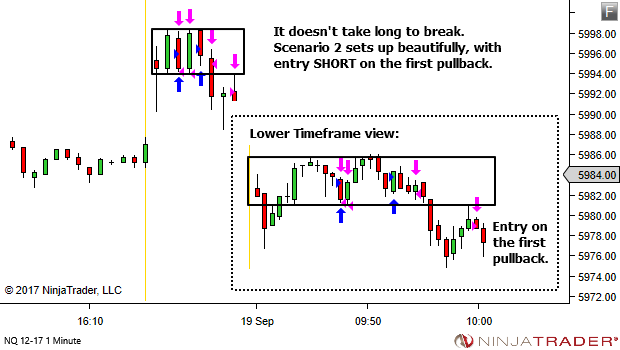 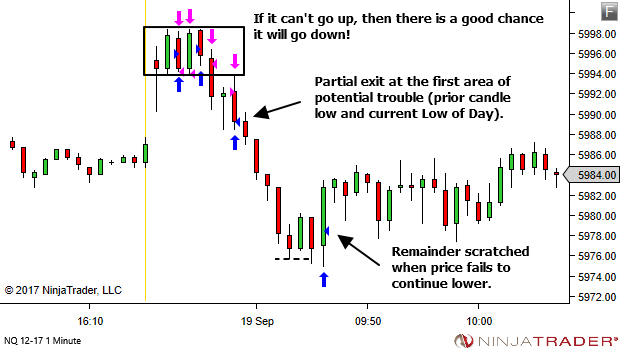 So this brings me to an idea that may help me cut out some of the more marginal trades.

And perhaps may help you with improving your trade quality as well.

Rather than waiting for two marginal trades to place me in drawdown, maybe I could trade "AS IF" I were already in that situation.

But if not, maybe pause and reassess.

Sometimes it will keep you out of a winner. That's how this game of probabilities works.

But if it's keeping you out of a number of marginal trades then there could well be a positive change to your edge.

If the idea appeals to you, give it a try. But track the impact it has on your edge over a series of "avoided trades". 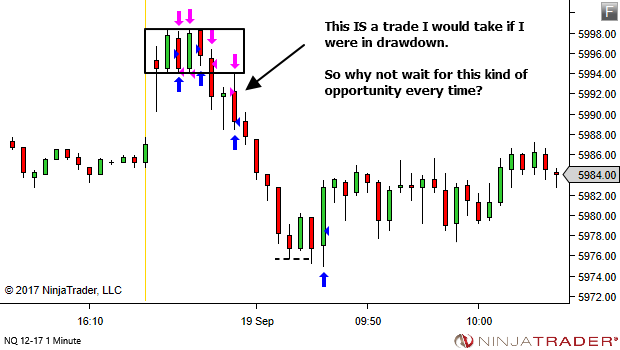 The following was a social media post that I sent out just before my trading session on the 6th of February. It was my first session following a two week holiday… and I was more than keen to get back into the markets.   Click on the image or this link here if you wish…

Ideally, you won't make the same mistake two times. But it happens. So here's an idea. Use that second occurrence as a trigger to INCREASE AWARENESS and FOCUS. And make absolutely certain that you do NOT make the same mistake a third time. Clearly there is something wrong with your execution or decision making. Make…