One of the great things about being involved in trading education is that it provides me with the ability to chat with a LOT of developing traders.

Common themes appear over time. This is one of them…

"Can you review this trade. It's a trade idea which I thought was good, but it just didn't work out."

But often, there was nothing wrong with their analysis or decision making.

Here's the reality of this game – we won't always get it right.

But we don't have to.

That is not what this game is about.

I can understand it. We're wired that way. We like to win. We don't like to lose.

We like to be right in our analysis and trade decisions. We don't like to be wrong.

And there's a whole technical analysis and trading education industry out there, which promises to "show you how to find winning trades".

But that's not what this game is about.

It's not about being right.

It's about profiting over a SERIES OF TRADES.

A series that includes both winning trades AND losing trades.

It's about ensuring that when you are right you take as much out of the market as you can. And when you're wrong you cut the loss as much and as quickly as you can. So that, when the whole series of trades is done, the end result is a profit.

Let's look at a very short series of trades from Wednesday night. It's a sequence in Crude Oil which occurred in the hour immediately following the Crude Oil Inventories report.

This is a very low timeframe. And it's high volatility, fast pace stuff. Don't be put off by that if you trade other markets, other timeframes, or in fact other strategies. The concept still applies. It's not about being right. It's about managing the winners and losers such that you profit over a series of trades.

In this sequence, EVERY TRADE ENTRY DECISION I MADE, EXCEPT ONE, WAS WRONG.

But it still provides a profit. 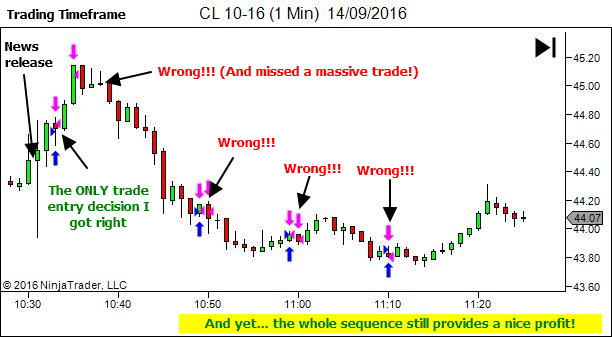 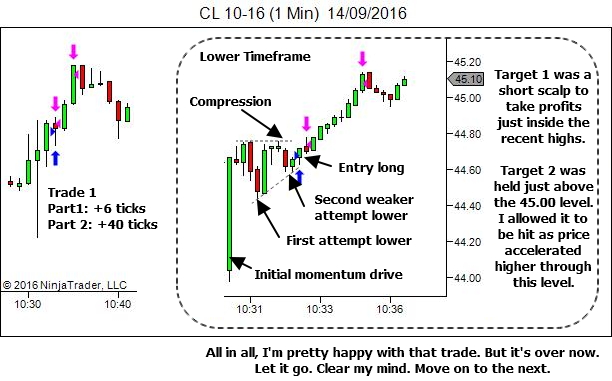 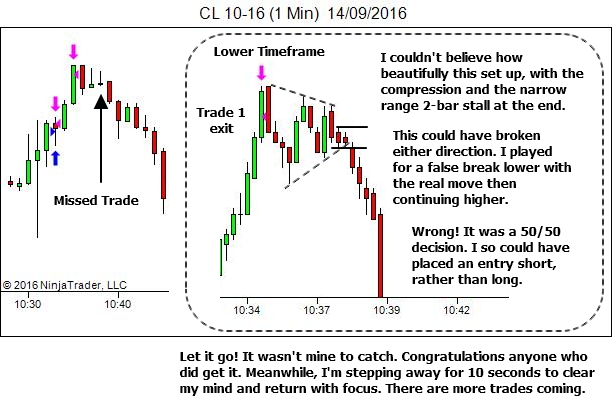 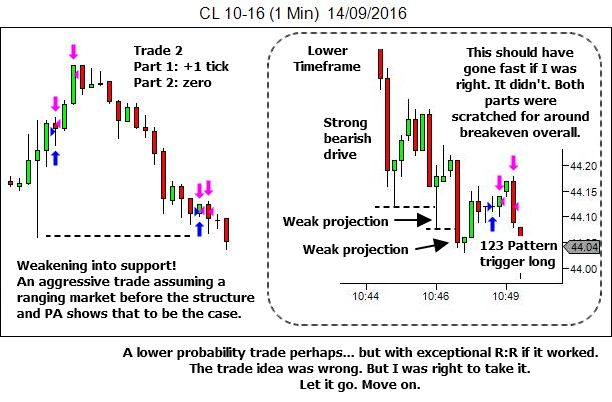 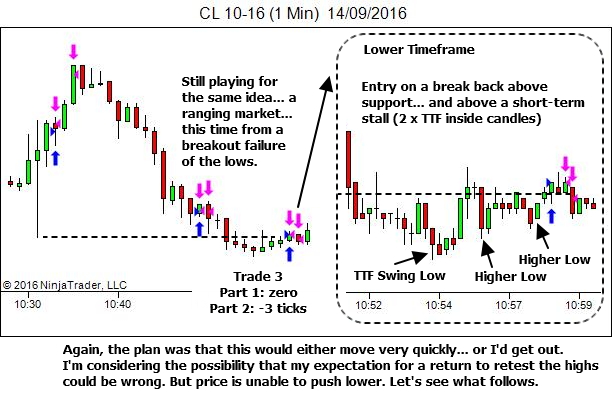 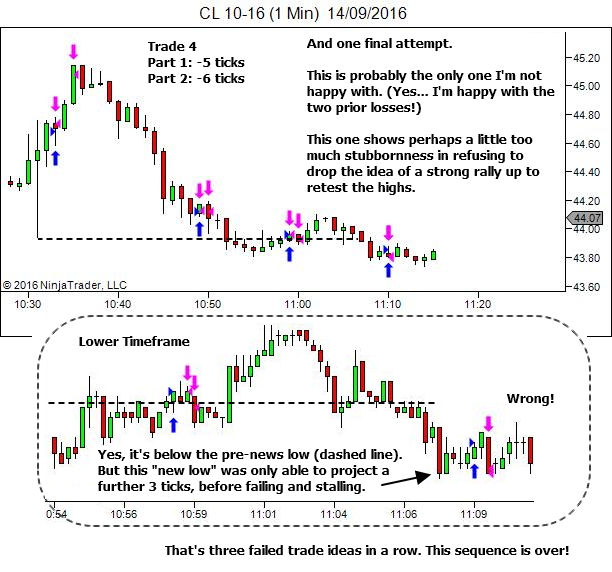 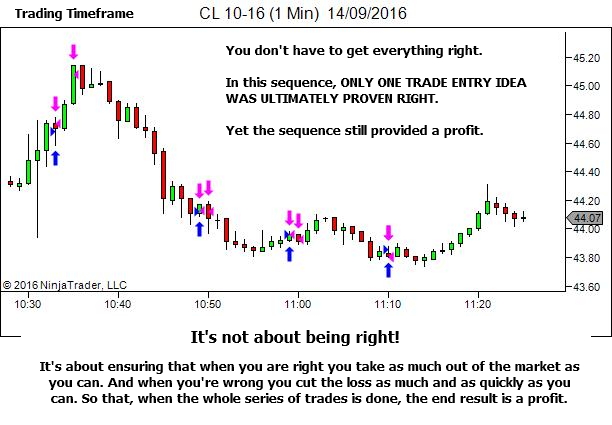 Stop trying to be right.

Instead, try to find the places on the chart where you can win bigger (when right) than you lose (when wrong).

It's only a slight shift in perspective. But it makes a massive difference in how you see this game.

How Can I Get More Discipline? (Part 1 of 2) Here is an excerpt from an email I recently received: EMAIL (Excerpt): … one of my biggest hurdles is still discipline. I’m beginning to think I might need some help in this area. Do you know of anyone who has successfully helped people with their…

Response to a question on YTC Facebook on 29/1/14: Q. How do I work on emotions? Response: In most cases emotional issues are not actually the problem. They're highlighting the fact that either (a) your strategy is flawed, or (b) you don't have faith in your strategy, or (c) you're trading too much size. Correct…