The time of day that typically offers the greatest pace and potential for range expansion.

But let’s be honest – sometimes they suck. 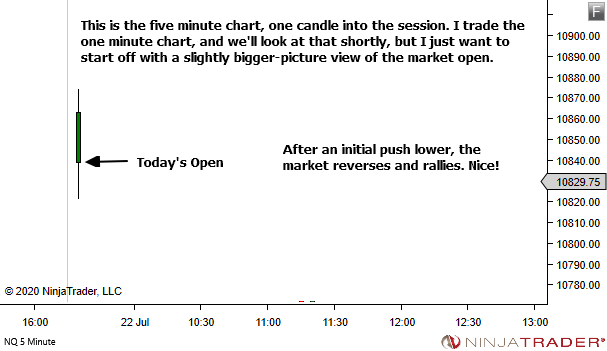 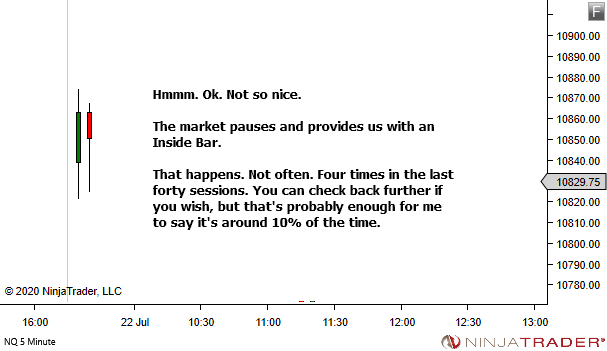 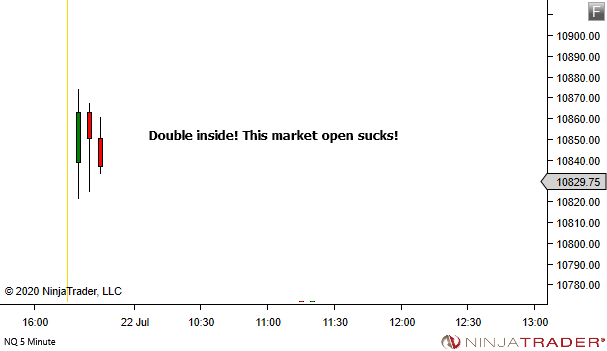 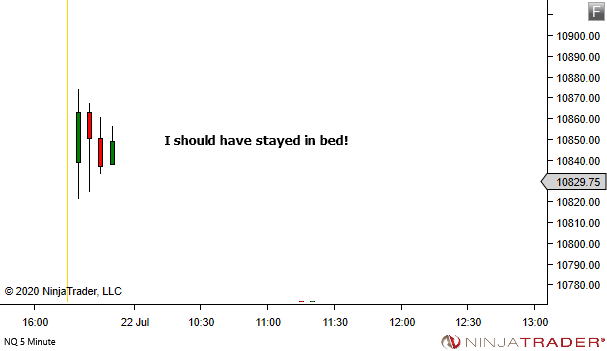 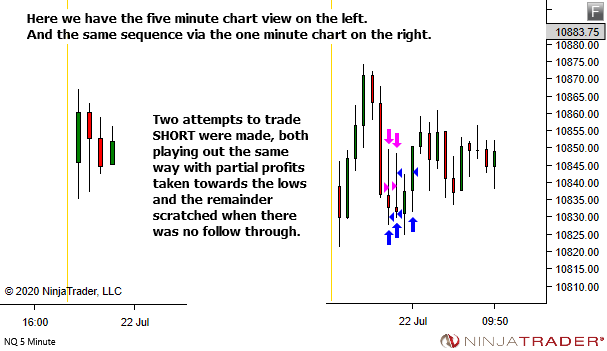 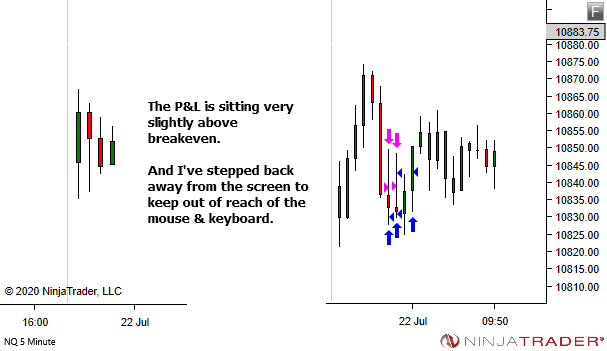 Today I’m standing aside after two attempts. I don’t have a good read on what is happening.

This is a time for extreme caution. Stand aside. And wait.

I mentioned earlier that part of what I love about market opens is the pace and potential for range expansion.

But that doesn’t come without challenge. Because it’s also the time of day when the market has offered the least information about the type of day it will provide and the conditions within which you’ll have to trade.

And sometimes the conditions suck. Sometimes the market will get stuck at that opening price and chop you up.

It used to frustrate me. And the problem with frustration is that if it’s not resolved it can lead to poor decision making in subsequent trades.

So here is what I’ve found to be somewhat effective.

I seek to reframe that frustration as something positive.

There is some good news about bad market openings – they typically don’t last.

The market WANTS to expand from the open price. And if that is delayed, through a short period of congestion, then it can actually work to provide even better movement when it does eventually expand.

So I consciously remind myself, “The market is stuck. This is good. It builds anticipation and can lead to great opportunity when the market eventually does break out and expand.” 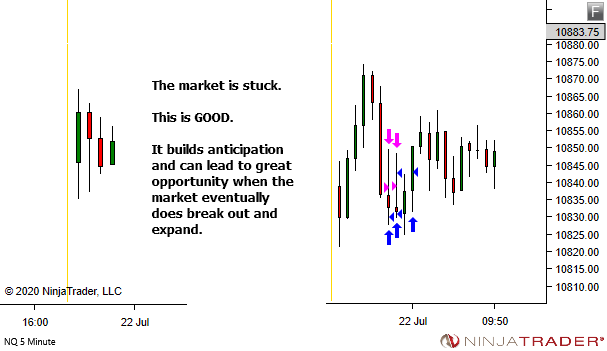 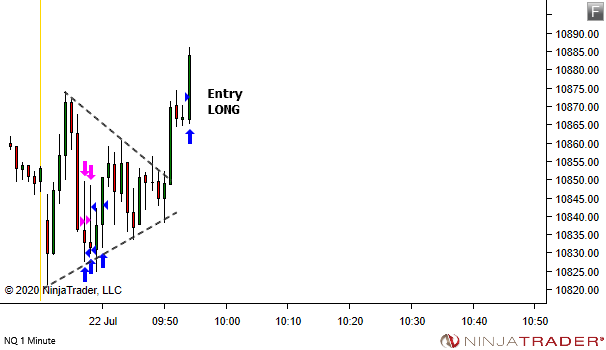 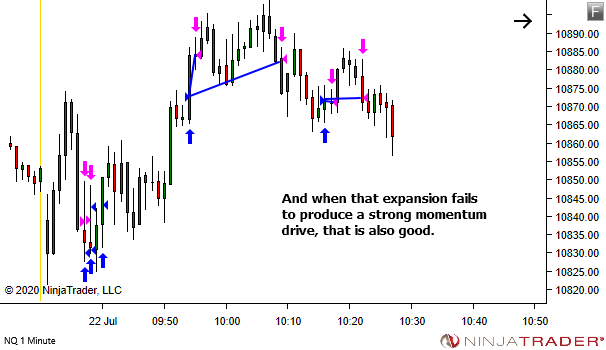 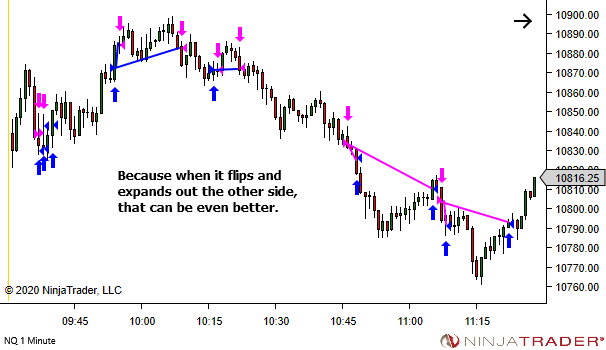 Market opens can present a challenge, in particular when price gets stuck at the area of the opening range.

They won’t always compress quite as beautifully as today’s example. Often it’s more of a sideways consolidation. Sometimes quite messy at the edges.

But the good news about bad market openings is that they typically don’t last.

The market WANTS to expand. So you need to reframe any frustration and prepare yourself for the coming opportunity.

“The market is stuck. This is good. It builds anticipation and can lead to great opportunity when the market eventually does break out and expand.”.

Now sit and wait. And focus.

Watch as it builds volume – traders who will become trapped on one side of the other when it does eventually expand.

Feel the anticipation build, for all of those traders like yourself who are waiting on the sidelines for the eventual breakout.

Watch. And wait. And then when the opportunity presents itself – take it!

I received some interesting comments about a trade in a recent article – https://yourtradingcoach.com/trading-business/the-good-the-bad-and-the-ugly/ Here's an image from the article, showing the entry SHORT against a single wide-range bullish candle. Review the original article if you want to see the context behind the trade. For now though, I want to discuss some concerns that…

Once broken, key areas of support will often act as resistance. Vice versa for key areas of resistance, which when broken will become future support. Let’s look at an example, of support becoming resistance. The beauty of this example is that it’s a challenging one from a trade management perspective (especially for people like me…