This is an example of an incredibly common question I receive from new and developing traders.

Ok, let me first just point out that the “many courses” does not include my course.  🙂

That’s not the point though.

The point is in the highlighted sections – all he does to date is lose money – and he’s hoping that my course can make him 75 points per market per day. 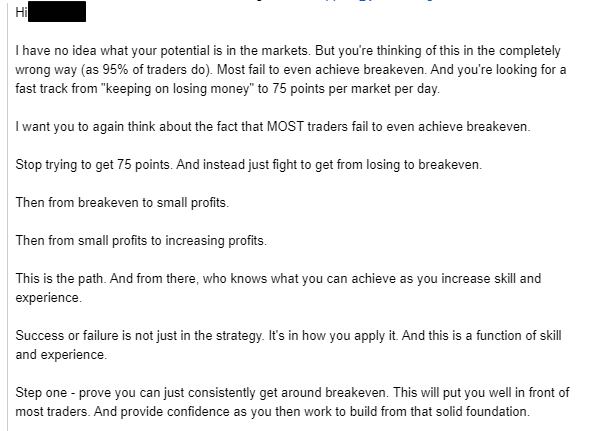 I’m reminded of a flowchart that was presented just over five years ago in the following article series.

There are no Game Cheats that can jump you straight to the end goal.

It’s a step by step process of growth and development.

And progress along this path is not a magic outcome of strategy, but rather a result of an effective review and feedback loop. 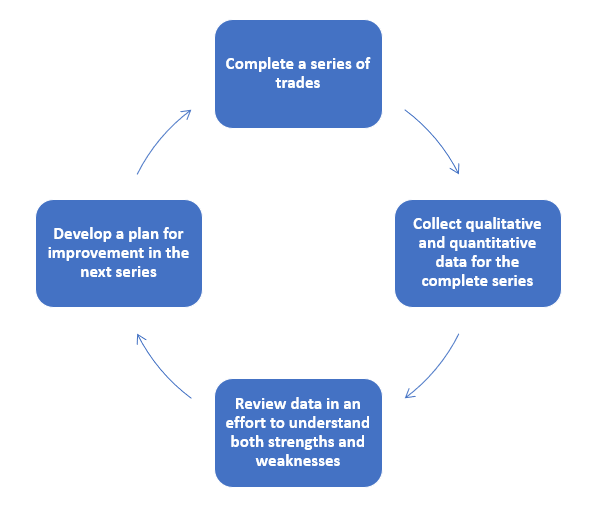 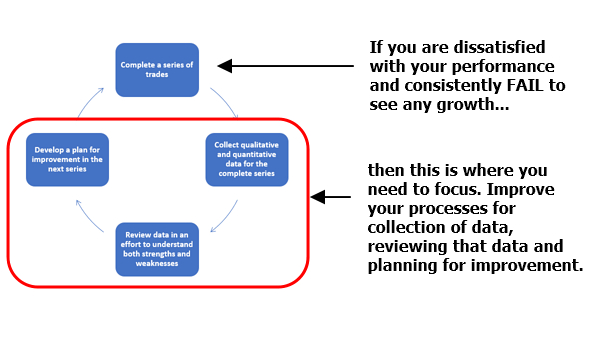 Whether this trader decides to reboot his trading with the YTC Price Action Trader, or make a second attempt with one of his prior courses, this is the path he needs to take.

Not viewing the strategy as the source of his success. And not abandoning it and moving to a new one, because it doesn’t immediately provide 75 points per market per day.

But instead seeing it as the means through which he structures the market and identifies opportunity. And the foundation from which he then develops skill and expertise, incrementally, one step at a time, through the various stages of losing to breakeven to small profits to increasing profits.

First – just prove you can average around breakeven over a few series of trades. This alone will have you advancing beyond the level of most wannabe traders.

Reader Email: To: Your Trading Coach Hi Lance, I thought this was pretty cool and just wanted to show it to you. Nick Attached Image: (*** Click on the image to open a larger copy in your browser! ***) My Thoughts:

“Simplicity is the ultimate sophistication.”…Leonardo da Vinci How detailed should your trading plan be? There is of course no right answer apart from whatever works best for you. Some people need detail – lots of it. Others will never need more than a single page, with anything longer simply gathering electronic dust as it sits…

An amateur and a professional trader can look at the same price charts and see completely different things. The difference is not as simple as the professional having a better strategy, but rather that they have superior mental models and belief systems. They see the market in ways that the new trader cannot yet comprehend….

So very, very true: “Sometimes you’re going to have games where you just have to grind it out. And the teams that can find ways to win these type of games are going to be successful.” – Candace Parker, Professional Basketball Player, Chicago Sky (WNBA) And so very applicable to trading. Let’s create a trading…

I received the following message via social media late last year. I am frustrated. Despite all knowledge on stock analysis, momentum indicators, writing journal I make losses. Whereas I know person with nothing of these making huge profits everyday. She goes and buy stock and it would fly higher. When she sells stock would go…