What a way to start the week! 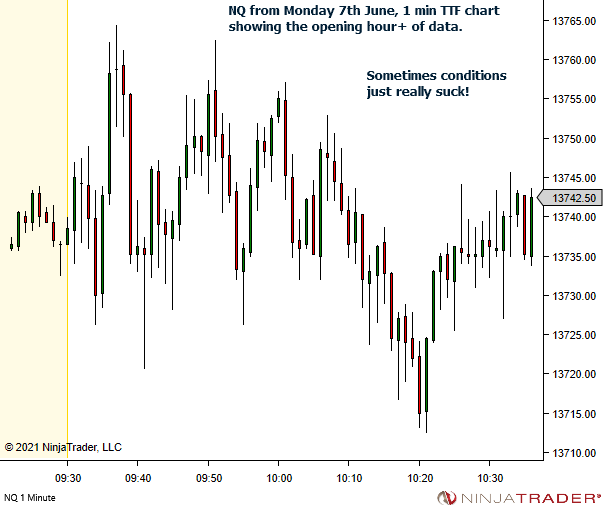 But we didn’t necessarily know this at the open… so let’s step back to 09:30 and trade. 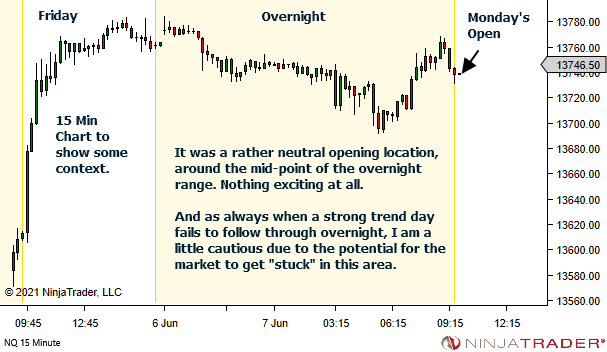 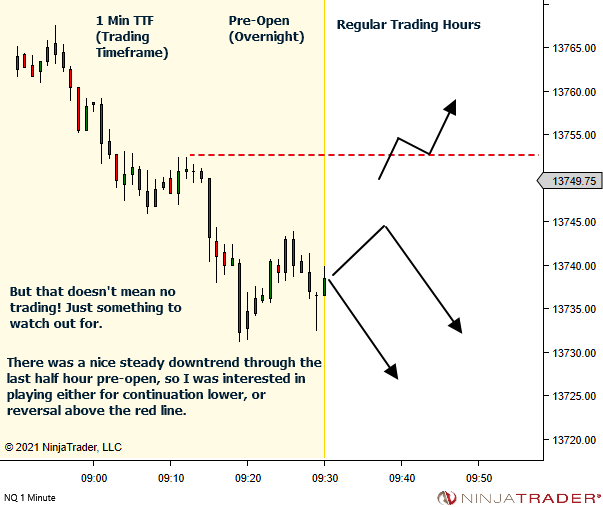 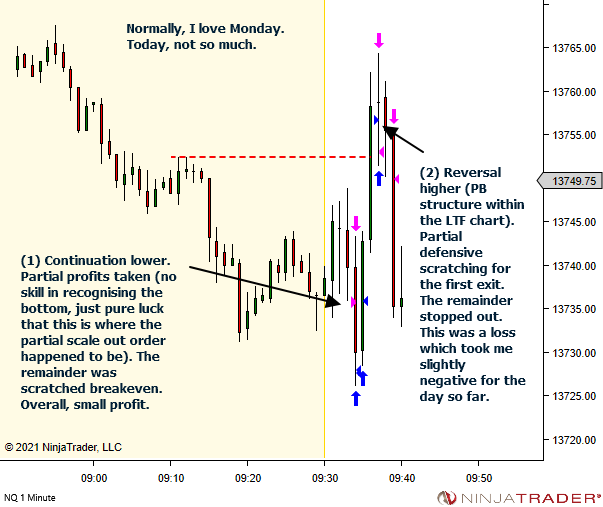 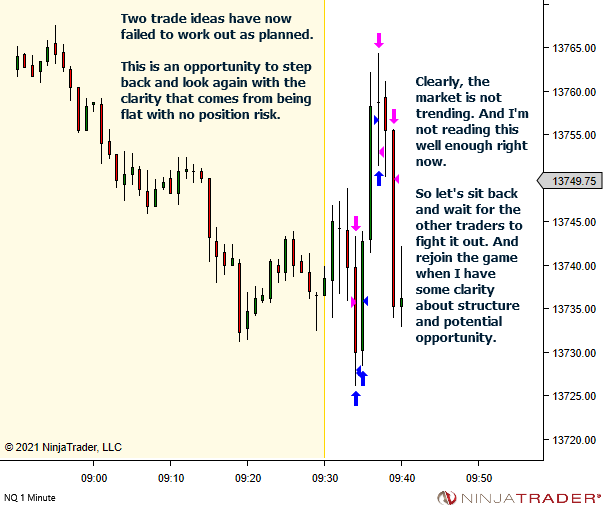 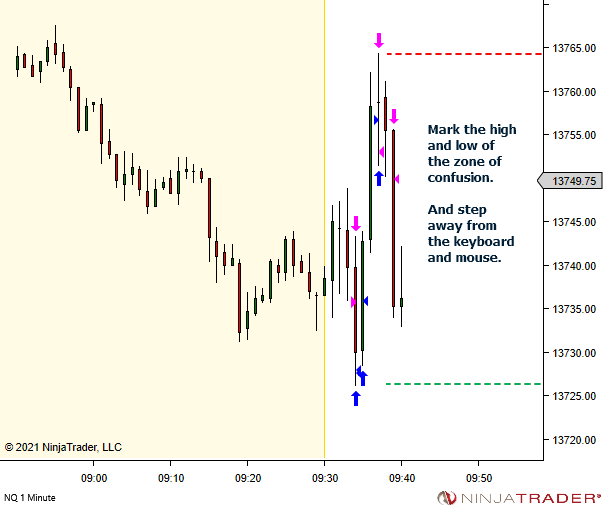 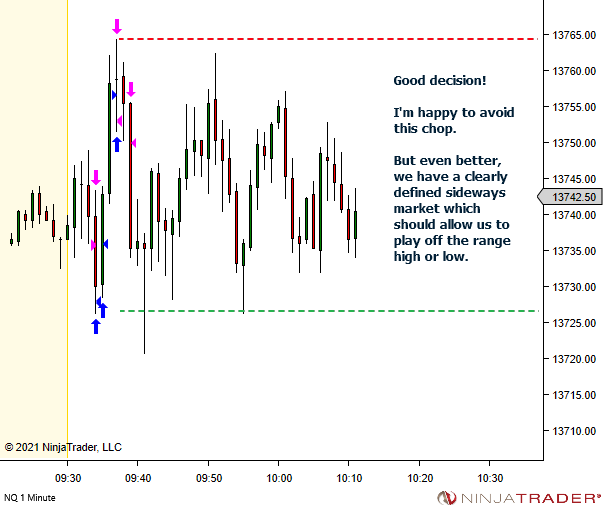 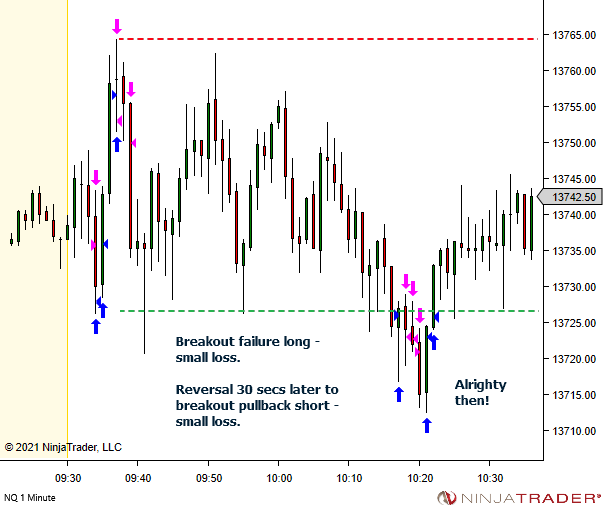 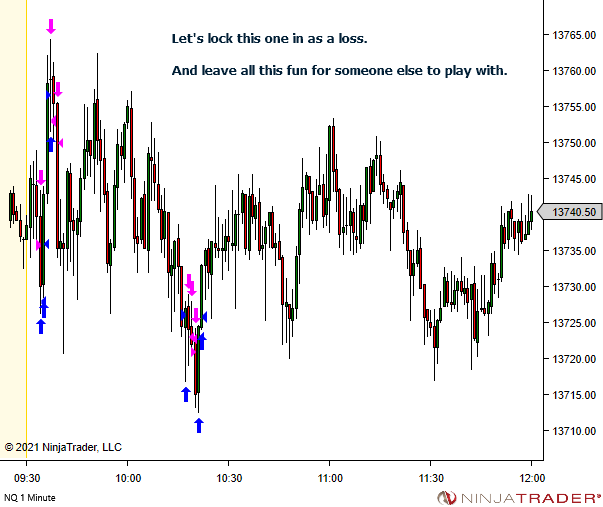 “But Lance, I can see quite a few trades there. If you look at….(indecipherable as I’ve stopped listening at this point)”

“Ok, thanks. But I wasn’t blessed with magic hindsight goggles like you.” 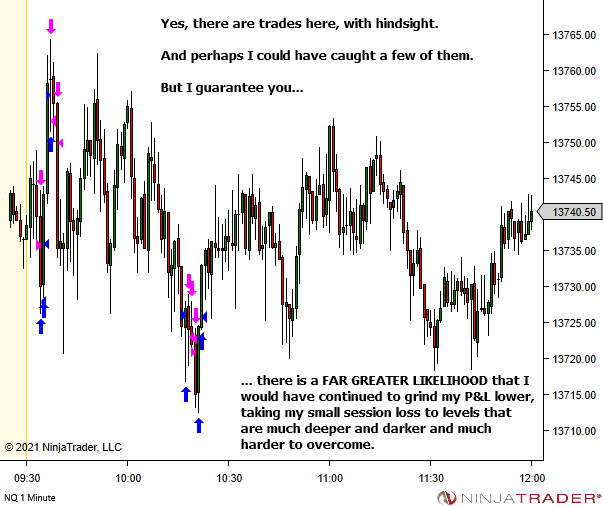 The session loss was small, due to most trade losses being cut at less than full size.

So it was an easy decision to step away and take the loss.

Difficult for someone still in the ego stages of development, where their self-worth is completely dependent upon them saving the day and trading their way to profits.

Easy for someone who takes a longer timeframe perspective.

Someone who recognises that the fight back from drawdown DOES NOT need to occur in the same conditions which created the drawdown.

Someone who recognises that the fight back from drawdown DOES NOT EVEN need to occur on the same day which created the drawdown.

I’ll fight back. Believe me.

But it will occur at a time and place of MY choosing.

And it will be easier, because I ensured the session loss was locked in early, before it got out of control.

I want to take you back to a prior article – One Week – Five Innings – Show Me How Good You Are.

It’s a simple way to take a longer timeframe perspective. 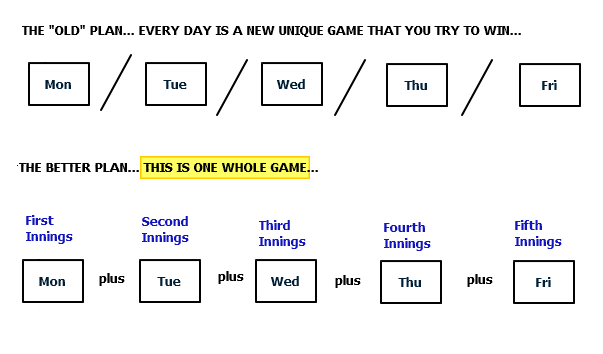 From the prior article:

And the same goes for other days. No matter which day offers poor conditions, Monday through to Friday, your goal is to keep any losses SMALL so that they’re easily overcome by those other days which profit.

This will take a while to truly accept, so be kind to yourself along the way.

But it’s a mindset shift that can once and for all stop these single session meltdowns that destroy weeks of otherwise good trading.

Accept that the fight back from drawdown DOES NOT need to occur in the same conditions which created the drawdown.

Accept that the fight back from drawdown DOES NOT EVEN need to occur on the same day which created the drawdown.

If you’re struggling to adapt to a market, cut the losses then and there. Keep it small.

This was only one innings out of a five-inning game. You’ve got time!

Imperfection is part of the game. Expect it. While you should always seek to minimise error and to improve your market reading skill and decision making abilities, you cannot ever completely eliminate imperfection. Instead, your job is to learn to profit over a series of trades, despite the presence of imperfect decisions and actions.

If your progress has stalled in any way, it is just SO IMPORTANT to realise the following truth: Progress comes from your growth and development plan, not from your strategy. This just won't work: Hoping, wishing and praying doesn't work. Just trying harder doesn't work. You need something ACTIONABLE. Let's fix it NOW: STEP…

Ok… maybe not you… but too many traders DO have too much focus on individual trade results. I get a LOT of email from readers asking about particular trades; where they went wrong in their decision making and how they could have done better. While it's great to review each individual trade, the wording in…