Monday provided a beautiful example in the NQ daily chart of an overextended market pausing with a narrow-range inside day.

A place of opportunity for those who’ve seen it before and who’ll be ready to react.

And a place of learning for those who are new to this game.

Why do I suggest daily study of the chart patterns and subsequent market reaction? Because learning from prior market behaviour is the best preparation for times when those patterns repeat. 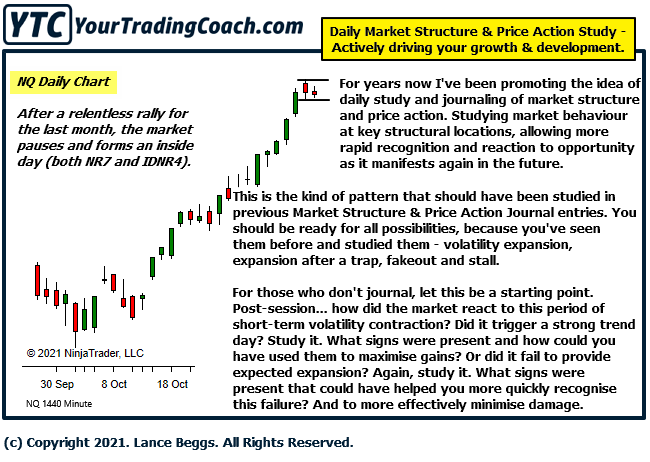 I have no interest in making market calls. There are plenty of others who will do that for you, if that is what you want.

I’d rather you learn to make your own calls. To assess the market yourself and to be ready for all potential options – expansion higher, expansion lower or chop around and continue to compress sideways.

If that also interests you, the social media post provides you with the process used to make these calls yourself.

A process to build your own internal database of market patterns and behaviours, to allow more effective decision making in future when these patterns reappear.

He replied with a simple image… 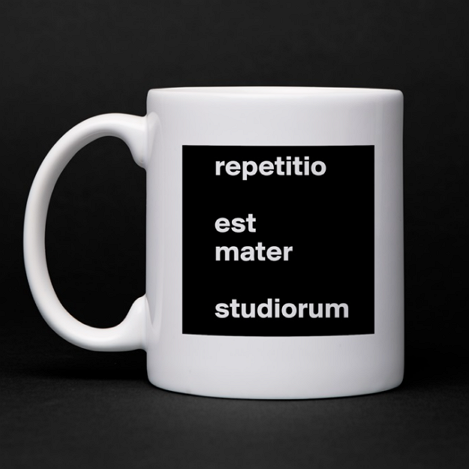 Repetition is the mother of learning.

This is the key concept behind my 13 year (and growing) pursuit to get you to STUDY market structure and price action. 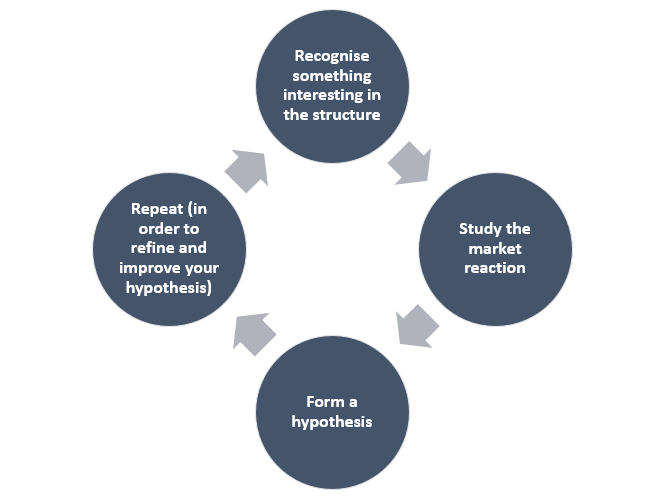 In time, refining and amending your hypothesis to produce general principles or rules-of-thumb to guide your decisions and actions.

I’ve seen this pattern over and over again. An extended market, which pauses via a narrow-range inside day. It doesn’t necessarily reverse; there could be a further leg higher. And it could continue sideways for another day or two.

But until the market proves otherwise, I’m approaching this next session looking for potential expansion.

And what a great result it was. 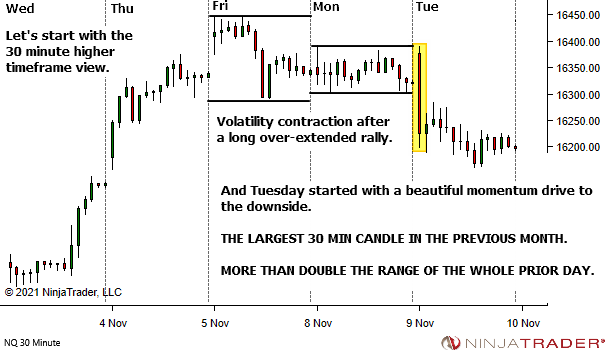 But it gets even better. 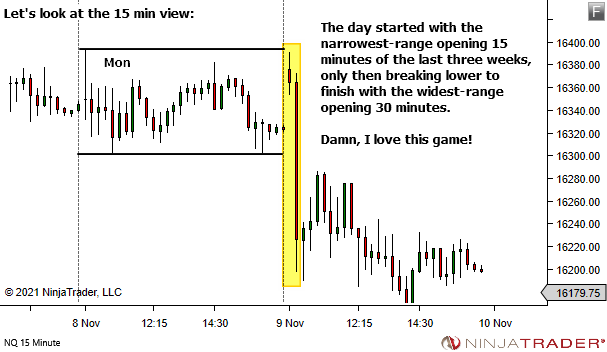 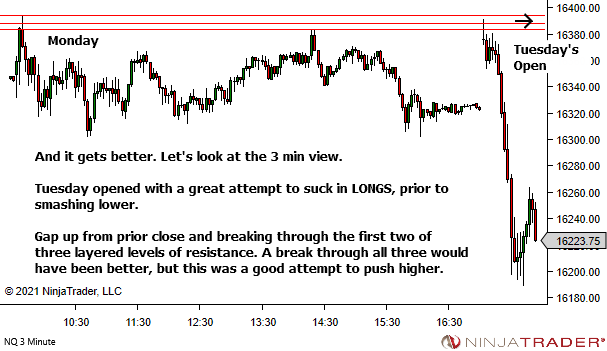 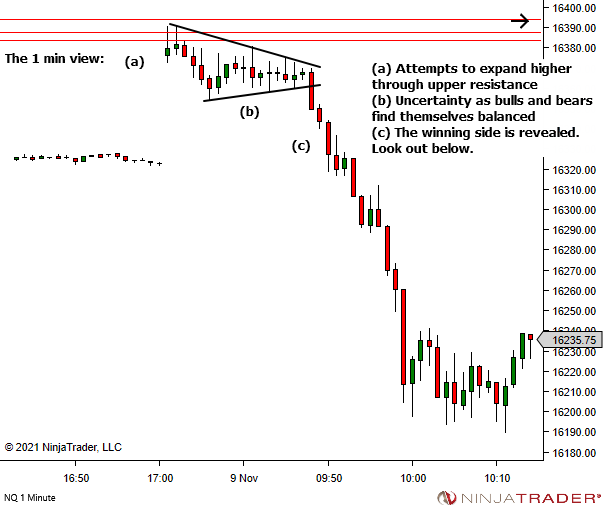 Repeating the key exercise from the social media post: 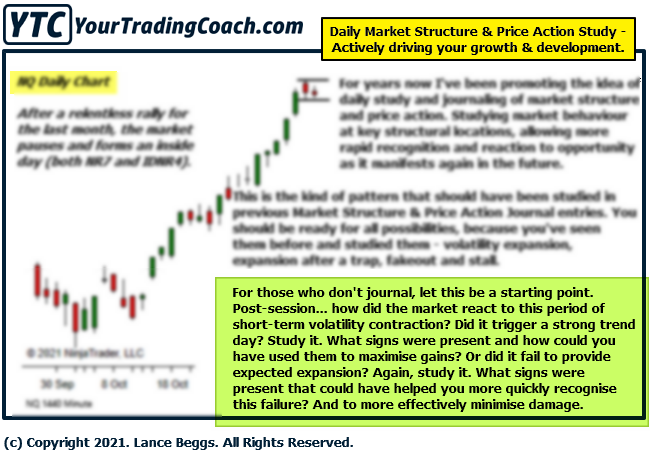 If you trade NQ or any similar market, there is learning opportunity available here.

How quickly could you have recognised the stall? What signs were present suggesting you stand aside and wait?

And most importantly, what potential hypothesis can you make out of this?

While not the only one, a simple starting point could be “Within the context of a very overextended market which then stalls (inside day or similar volatility contraction), when the following day fakes out one way and then breaks the other, expect a strong momentum drive until proven otherwise.“

Now, repeat. Find more examples to either disprove and abandon this hypothesis. Or amend and refine it.

This article is not about trades. My apologies. I know some of you are not impressed by articles without trades.

But this is far more important, in my opinion. It’s about the learning process. Developing skill in pattern recognition which will serve you well in the future, helping identify those times and places where edge exists. And where the trades reveal themselves to you.

If you haven’t already started your own daily study of market structure or price action, then get to work.

If you’re new to my newsletter, you could be forgiven for thinking that all I trade is an NQ opening range drive. I think in recent times we’ve covered that more than any other opening setup. Like here – https://yourtradingcoach.com/trading-process-and-strategy/pre-session-emotion-and-an-opening-drive/ Essentially it’s the first YTC Price Action Trader PB Setup following expansion from the open,…