Late last year I released a popular series of two articles which dealt with the topic of "Winning through Losing Better". You can see them here if you missed them: Part One, Part Two.

I was reminded this week of a comment from Part Two. Here's the relevant text from the article:

I've mentioned previously that one easy way to do this is to avoid holiday sessions (see here). While they may on occasion offer great opportunity, more often than not they will be lower liquidity, narrow range markets.

The same concept often applies to those sessions that precede potentially volatile and significant news events. Wednesday offered us one example. With the FOMC Statement being released at 1400 ET, most of the day leading up to that time will typically offer a more challenging environment. Again, like the holiday sessions there is no guarantee. Some days can move. But as a general concept these sessions are more often than not lower liquidity and lower than average range markets.

You don't have to trade every day.

Identify the environments which cause you to underperform, and seek ways to either avoid them or to minimise risk if you do make the decision to trade.

And if one of the challenges for you is a narrow, rangebound market, then there are easy ways to identify some of the most-likely rangebound sessions. Avoid the holidays. And avoid the sessions preceding highly volatile and significant news events. (Naturally, if you excel in this type of environment then the reverse applies and you'll want to seek out these sessions!)

For info… I sim traded the session… and did quite poorly! 🙂 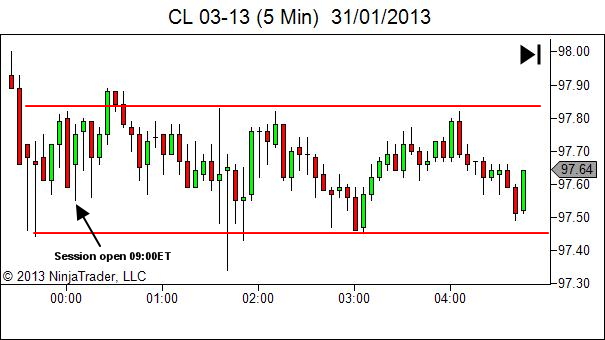 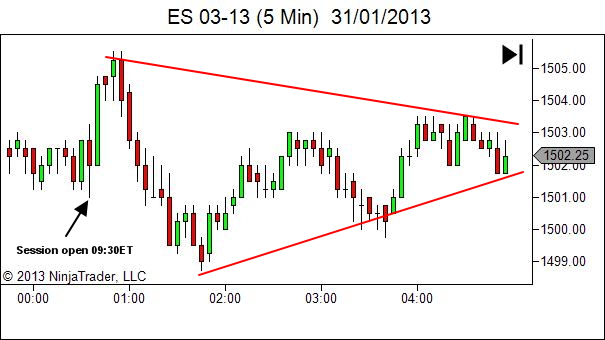 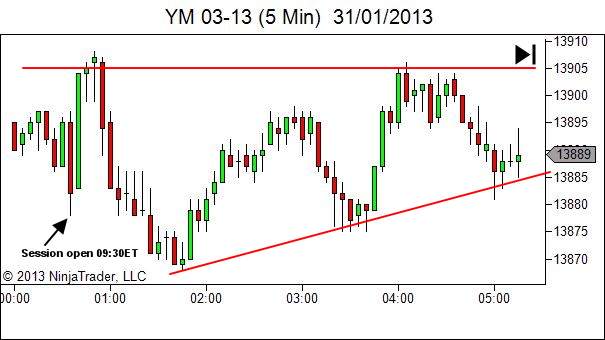 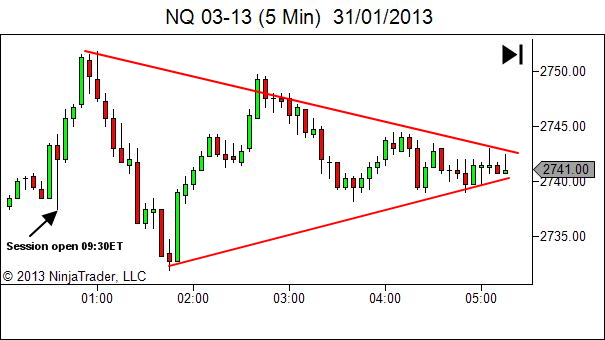 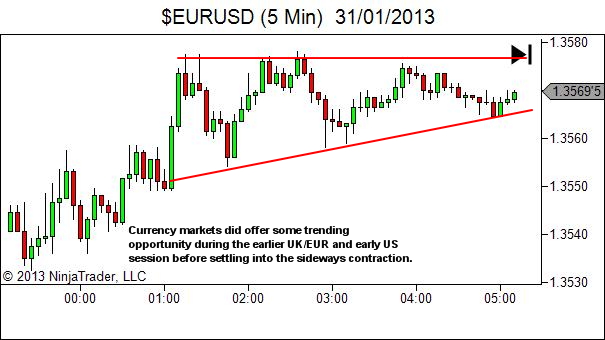 All Market… All Timeframes. 1. Determine the bias 2. Enter on a trap setup against the bias The following provides an example for longer timeframe equities traders, using a Weekly / Daily combination.

In last week's newsletter we looked at a more enlightened way to use TA – anticipating and exploiting traps within the marketplace. Here's the link if you missed it: https://yourtradingcoach.com/trading-process-and-strategy/the-three-steps-from-ta-amateur-to-ta-professional/   Today, let's look at another example of the concept discussed in this earlier article.

Trader Q&A… Question: Hi Lance, It was by pure chance that I found your site through you tube, but am I glad I did!! Good sound advice which if you take it, works. There is just one thing that always puzzles me and I hope you can help me with this. I have been looking…

I just want to share a quick followup to a comment made a fortnight ago, in the article: When Price Stretches to Reach the Level.   So let’s see the outcome. Note the first leg down with two overnight gaps. Interestingly, the second gap has still not completely filled. And note the second leg providing…