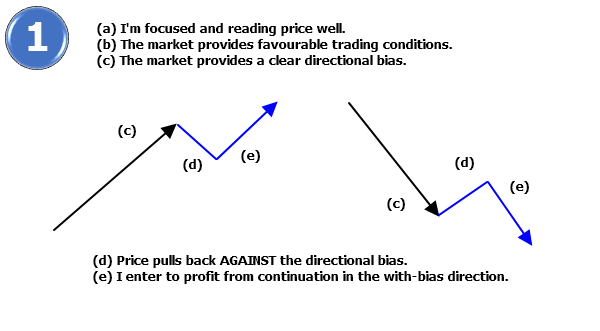 The prior article offered an example of of the first type of trade. If you missed that article, you can find it here – https://yourtradingcoach.com/trading-process-and-strategy/dont-overcomplicate-things-1/ 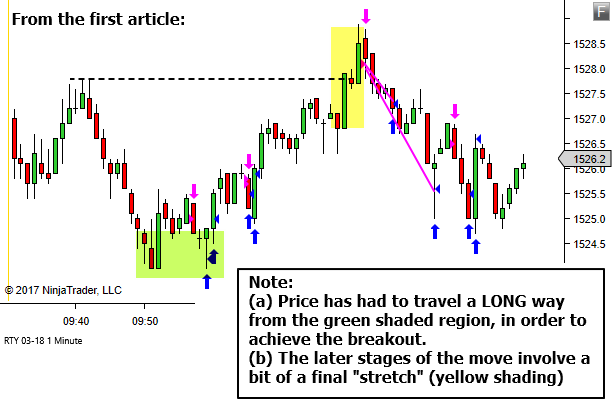 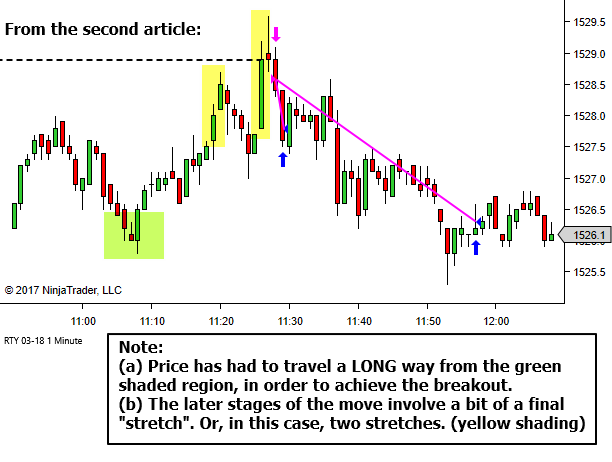 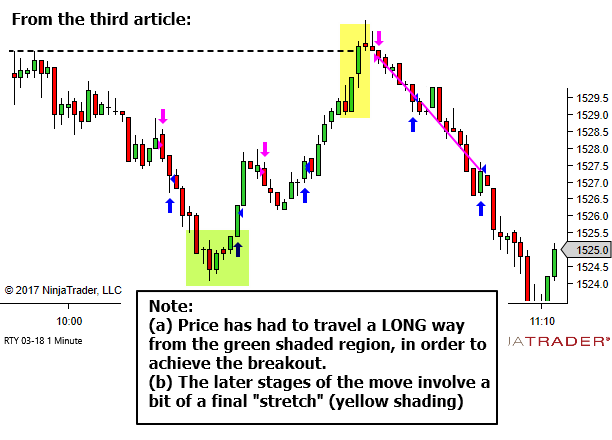 There are some trade ideas you look at with hindsight which are quite complex and which may have been difficult to execute. And there are others which jump out at you as being really simple. If you're not yet profitable, then focus on the SIMPLE trade ideas. Identify them. Study them. Learn from them….

I particularly like this trade. Not just because it wins. But because of the reasoning behind the trade. Immediately it was closed I thought it had to be the basis for a YTC article, simply to demonstrate the entry pattern. But on further thought, it actually displays many of the concepts we have discussed here…

It’s been almost a year since we last discussed the “Long is Wrong” scenario. And throughout this time it continues to be one of my favourite market openings. Essentially a PB or BPB setup, occurring in a particular place on the charts where a WHOLE LOT of traders find themselves on the wrong side of…