Establishing a bias intra-session is a simple process of following our 6 principles for future trend direction.

It's a little more difficult at the session open though, when the lack of prior data adds to the uncertainty.

Last week we worked through an example in which we established a bias from the open. Essentially it's a process of "best guess" based upon judgment and experience, as we reconcile the often conflicting information provided by pre-session trend, position of the open with respect to the prior day's close and range (high-low), position of the open with respect to support or resistance, width of the new opening range price bar, the direction of break of the new opening range high or low, and of course the strength or weakness of the opening price bars.

Read that article first if you missed it: https://yourtradingcoach.com/trading-process-and-strategy/establishing-a-bias-from-the-open-part-1-of-2/

Today, let's work through another example, offering a variation on the initial opening conditions and the subsequent attempts to determine bias.

We'll start again by looking at two different views of the market at the time of pit-session open. 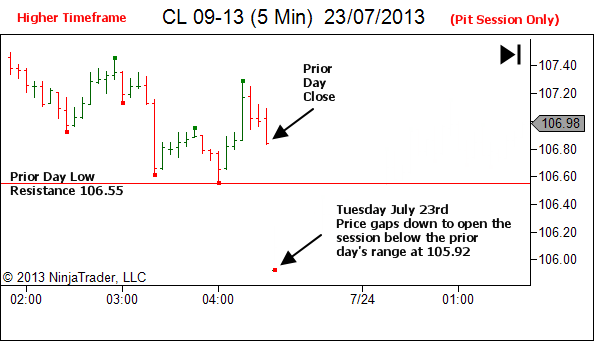 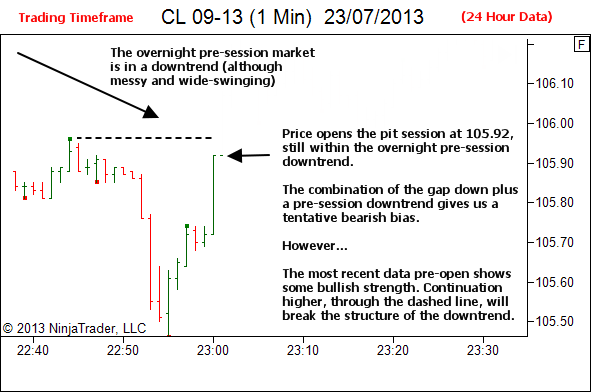 The combination of the gap down plus a pre-session downtrend gives us a tentative bearish bias.

Now let's move forward through the data to see how this bias changes… up until the point of confirmed bias. 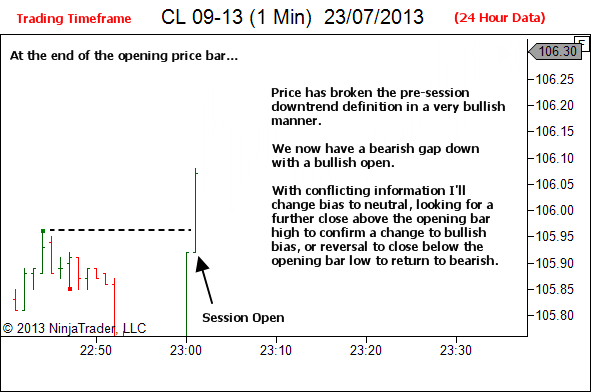 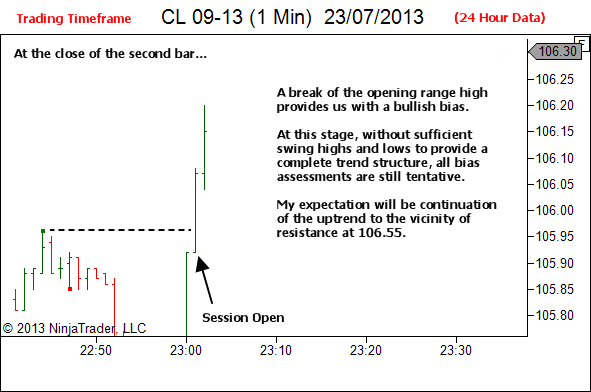 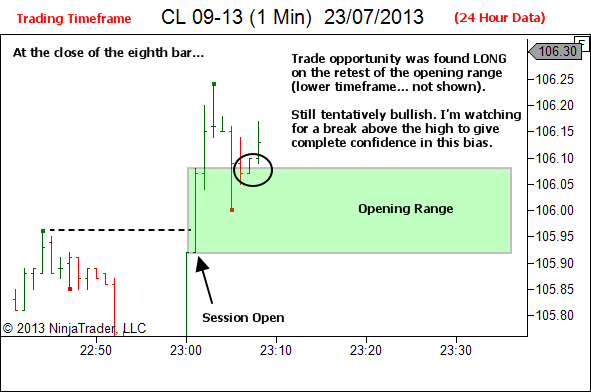 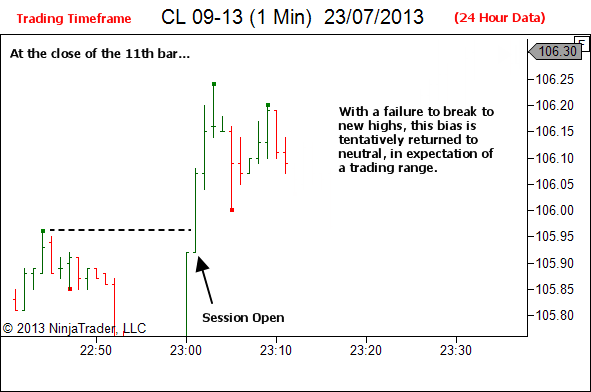 As with last week's example, the opening few bars offer an uncertain environment. If we wish to trade within this environment, then we need to be on the right side of the market. Doing so requires a constant dance with the market, shifting bias as new information comes to light.

In this example, we started with a tentative bearish bias, changing to tentative bullish, tentative neutral and then finally confirming as sideways.

The key point to take away… until you get sufficient swing highs and lows to allow a proper definition of trend and bias, any bias you do have should be considered suspect. Treat it as a tentative bias only. Take trades only if they give an A+ setup… ideally a trap entry against that bias. Otherwise, just wait till clearer signals.

And of course, if you're new to trading and not achieving positive results during these opening few bars, please do not trade live at all. Sim trade this brief period only. There is better opportunity coming later once the market bias becomes clearer.

Forex traders… although the above examples used futures markets which have a distinct pit session, the same concept will apply to you and your 24 hour markets as price transitions from one major session to another. For example, as price changes from the Asian to the EUR/UK sessions. Session changes can completely alter the bias of the market. So by all means operate with a bias based upon the existing trend and strength/weakness analysis. But treat it as a tentative bias only. Only take the A+ trap setups. And trade cautiously until a proper post-open structure is in place.

From social media on Wednesday… Ok, I’m not going to argue whether it is or is not the MOST important part. Let’s just accept that it’s an important part. And that it MUST be a part of your thinking if you want to operate most effectively in the markets. There was a brief discussion following…