Here’s a concept that is simple and repeatable.

I shared this post on social media just before the open on Monday: 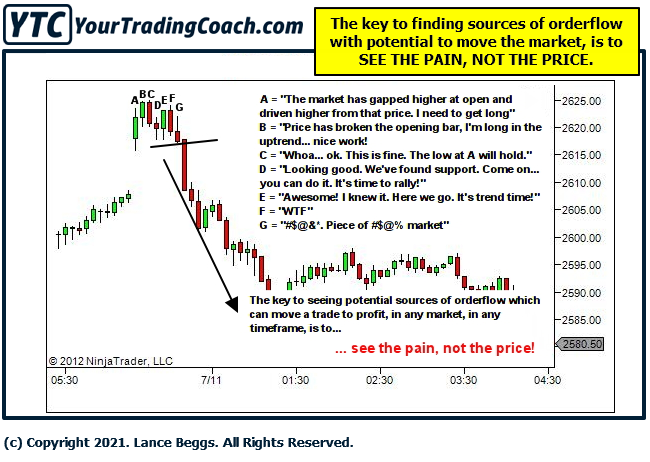 And then this post on Tuesday, after the markets were kind enough to offer us a brilliant example of the concept in action: 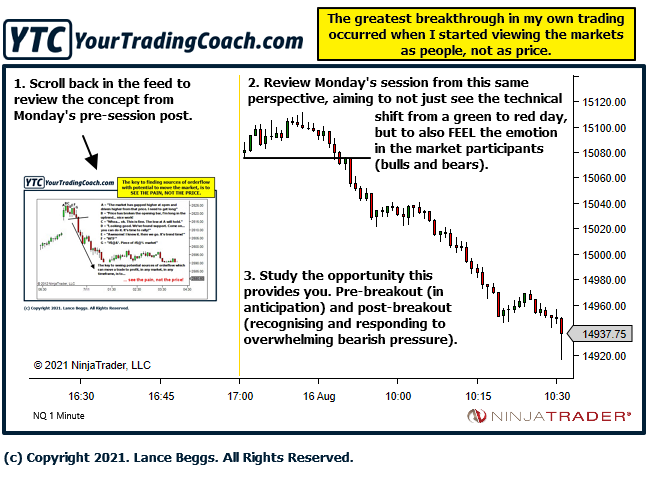 As I said at the start – it’s simple. And repeatable.

Not all shifts from a green to red day will have this follow though. You need the emotion.

Fear amongst the bulls caught in a trap. And an urgency to trade amongst the bears who sense bloodshed and opportunity in the markets. 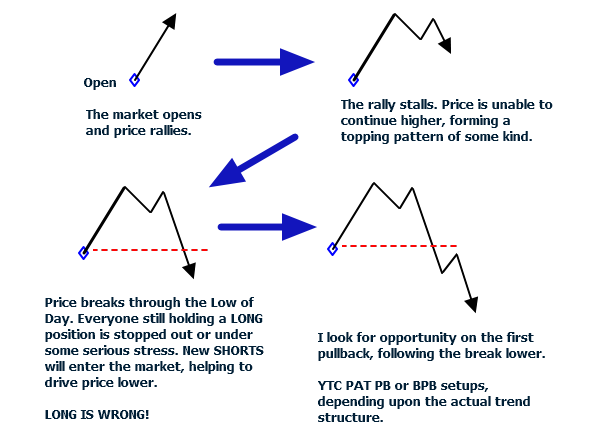 Or… get in pre-breakout if you can sense it coming beforehand. PB setup targeting the break.

We’ve explored this concept quite a few times over the years.

Here for example, where we discussed this chart sequence (click the link for greater detail). 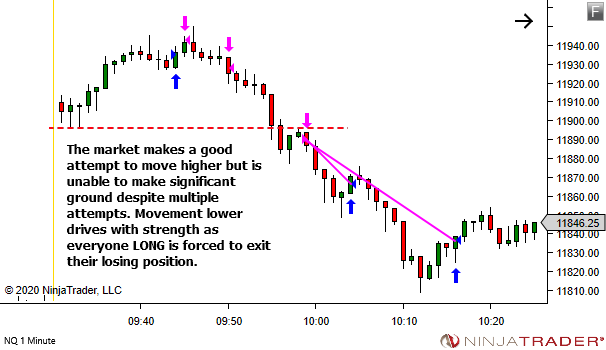 And here, for this price sequence. Plus a few other examples including one that would have lost. 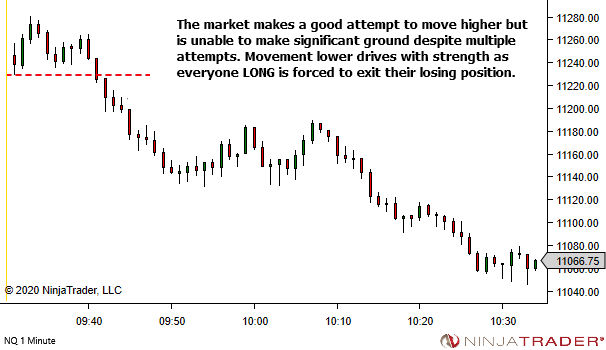 And here, for the following price sequence. Including a trade shared by a reader who managed to enter EARLIER though recognising the failure of the initial move. 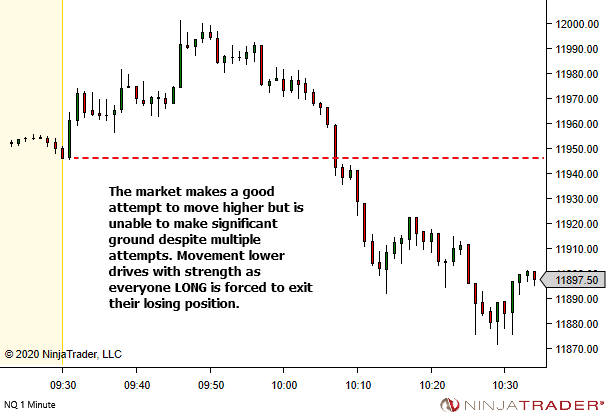 The key feature though, not always visible in static historical charts, is TRADER EMOTION.

Your job is to evaluate the market context and make a real-time assessment of the sentiment behind price movement.

Something must be present in the context and in the price action to STRONGLY encourage buying from the open.

And then… when that movement higher fails… that’s where you find opportunity.

If the idea appeals to you, explore it deeper. Find examples of this “Long is Wrong” scenario and examine the conditions which might have led to the move. How could you have recognised this occurring in real-time? How could you have best entered and managed the opportunity?

And then take the lessons learnt forward to real-time trials. Monitor stats. Review. And learn.

There is great opportunity available in the markets at the times and places where a whole lot of other traders have got it wrong.

But you must learn to feel the emotion. Not just see price.

Losses are not something to fear. They provide valuable information – either your bias was wrong or your timing was out. The chart below shows the 30 min 6B chart (GBP/USD equivalent) prior to the UK session yesterday 8th July 2010.

I was thrilled to receive an email on Tuesday from a trader who has taken this recent YTC concept and achieved a new “first”. His first ever 100 point runner. Actually… it looks like closer to 110 but who’s counting! From the email: Hi Lance I don’t know if you remember me from earlier this…

Some people are not going to like this article. That’s fine though. We may just have to agree to disagree in the end, because this is an argument that has been going on forever on trading forums without ever finding any common ground. Of course… my side of the argument is the right one… but some people…