Even when markets are closed there is great potential to improve as a trader.

Here are a few options, aside from the obvious which is reading trading books (especially this one).

This is by far the greatest tool available to you for after hours learning.

I don't like to ever miss a trading session. Sometimes though, life gets in the way and it's unavoidable. This is where market replay helps me out. Later, when time comes available, that session is replayed as if live.

Last week I missed Friday's session. My family and I had to depart early on Saturday morning to travel several hours for a family function later that day. Given that my timezone (Australian east coast, UTC+10) means that Friday's session commences at midnight Friday night, I made the decision that it's wise to miss this session. Travel is never fun after only an hour or two of sleep… plus it's just not safe.

On return home late Sunday, after the family was in bed, I replayed the opening hour from Friday nights emini Russell session. 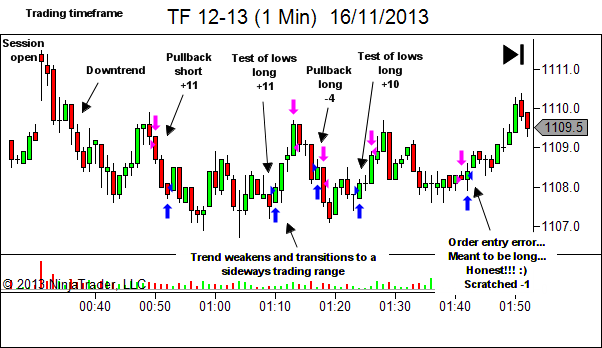 (How to trade a pullback and test setup… see here!)

Vow to never miss a trading session. If you can't trade one live… replay it as soon as time becomes available.

The bonus is that the non-tradeable parts of the session can be played at a faster speed, allowing you to complete a whole session of trading in around half to two-thirds of the usual time.

If you have any favourite trades or price action sequences… those you managed particularly well… or those that were quite a challenge… save the data for several replay attempts over coming weeks. There is tremendous learning potential through repetition of key trading sequences. 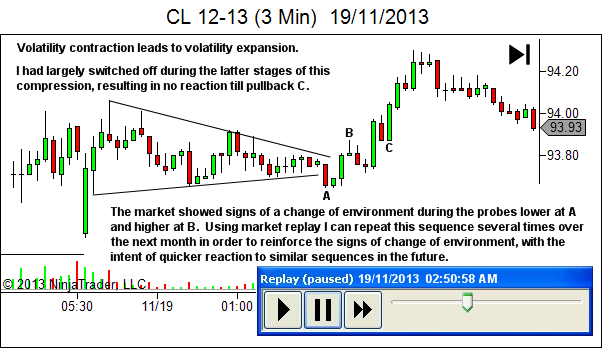 Extending the above market replay idea, why not consider recording them so you can review them in future via video playback. 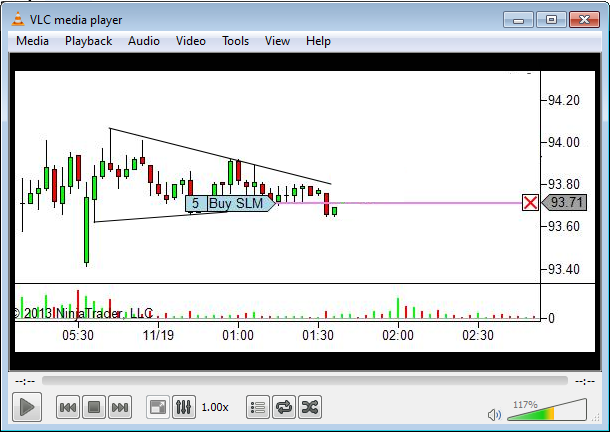 I use Camtasia for screen recording. But there are alternatives that are a bit cheaper if you don't need all the additional features of a pro screen recording system. Just do a google search!

Trade of the Day Folder

Each day that you do trade, document a Trade of the Day. In a year's time you'll have in the vicinity of 200 trades in your folder that are available for review.

How should the trade have been entered and managed in order to maximise the trade outcome.

What clues where there that showed potential for a good price move? Where could you have added to the position (if possible)? What clues were available that would have optimised the trade exit? 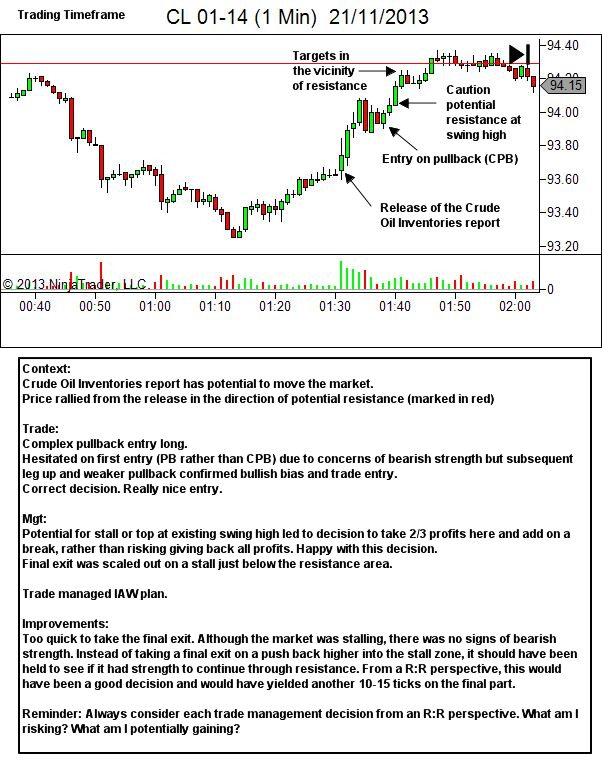 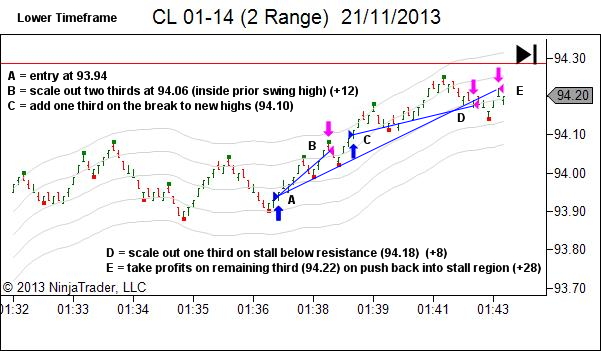 Ensure the printouts contain price action only with any S/R framework as it would exist at the start of the session.

Beyond that… no trade data or market structure lines or notes. 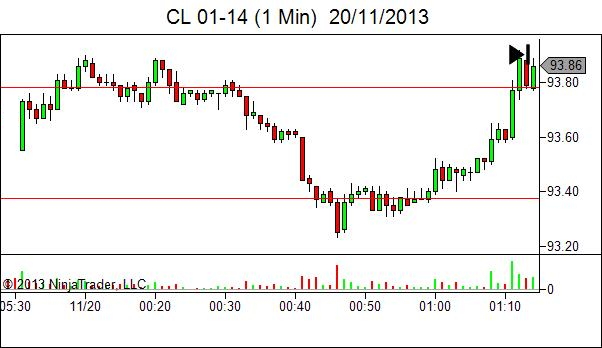 Whenever you have a spare 10 to 15 minutes, take out one of these blank charts and mark them up with key structural features and price action observations.

Also consider identifying the trade opportunity within the chart.

Where were the trades that you would have taken? How should they have been managed?

Where were the trades that you wouldn't have taken… but the market offered significant profit potential? Was there some way you could you have seen and taken advantage of this trade opportunity?

If you have time, go back to your trading journal and trading logs to see how your hindsight based read compares with your actual live interpretation of the chart data.

Here's a small example… given the constraints in a 600 pixel wide image. Obviously a full chart printout will allow much greater detail. 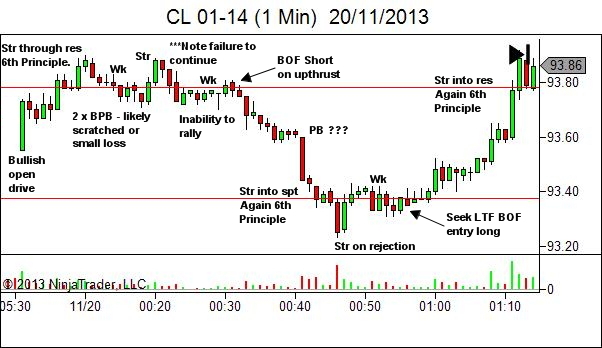 Trading is a skill-based performance activity.

If you want to compete with the professionals then you need to make best use of all the time you have available.

You now have five new "out of hours" opportunities to improve as a trader.

Consider adding one or more of these to your current routines.

Let's look at another example of the concept discussed in the recent article, "The Three Steps from TA Amateur to TA Professional".

See here if you missed the earlier articles – No. 1, No. 2, No. 3, No. 4, No. 5 The concept: I've been writing online for over a decade now. And for that whole time I've been promoting the idea of daily study in both Market Structure and Price Action. It's a simple task…