Do you know what is better than receiving an email from a trader excited about a huge win?

When that email contains no mention at all of the profits (approx 125 points in this case).

Instead the email shares excitement about the context. The structure. And the way the market set up and allowed this opportunity to unfold.

That to me is the sign of a real trader.

I really liked the trap at the open yesterday. I think it was seriously beautiful.

The context was awesome. There was a really nice over-extended break of the prior day’s high and the high of the last six days about 1,5 hours prior to the open.

The move was not able to continue and was going sideways until the open – the opening candle gave some hope to the longs only to then smash them as the move collapsed and headed down to close the gap. 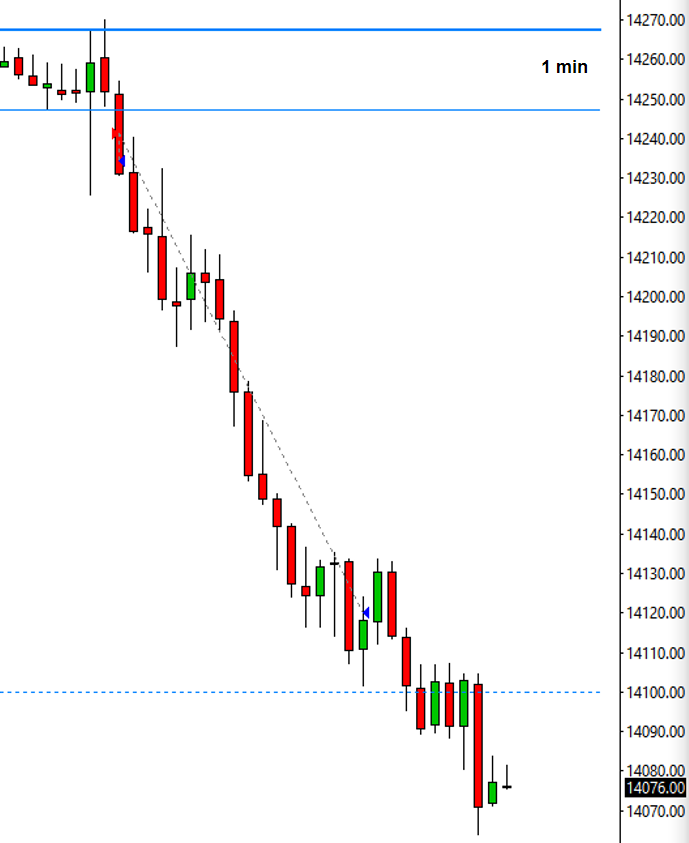 I absolutely love it. What a great trade. Perfect entry – never under threat. Nicely held through the 14200 stall (unlike me). And great exit.

The trade setup is a YTC BOF trade.

And the context underlying this BOF trade is as discussed in a previous article: Market Open Traps

Let’s look at some charts. 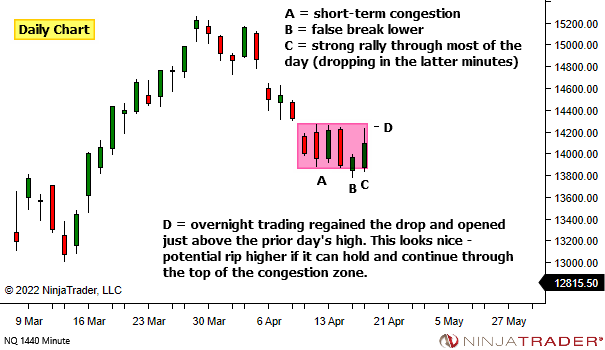 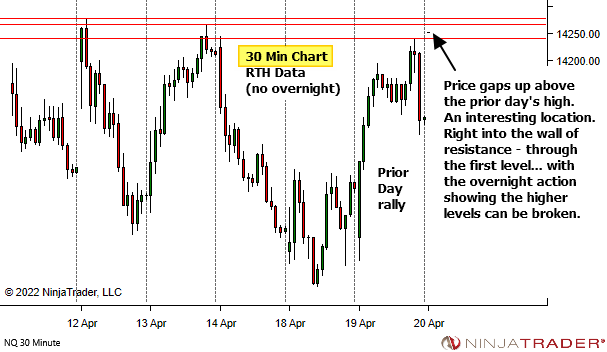 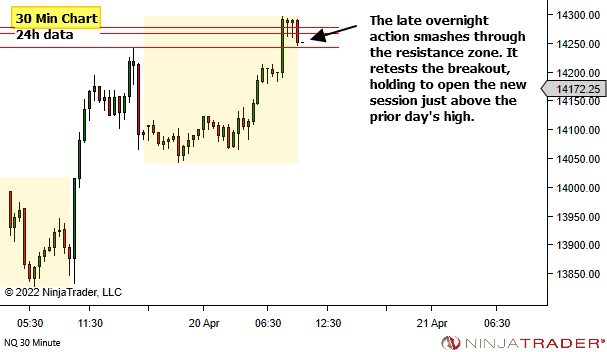 There is no messing around today. Right from the open the Sixth Principle is in play and we’re planning for opportunity either LONG or SHORT.

Yes… you can visualise and plan two potential paths for future trend action.

Let’s look now, one minute into the session. Because this is what makes it a beautiful market open trap. It tempts the bulls first, before smashing lower. 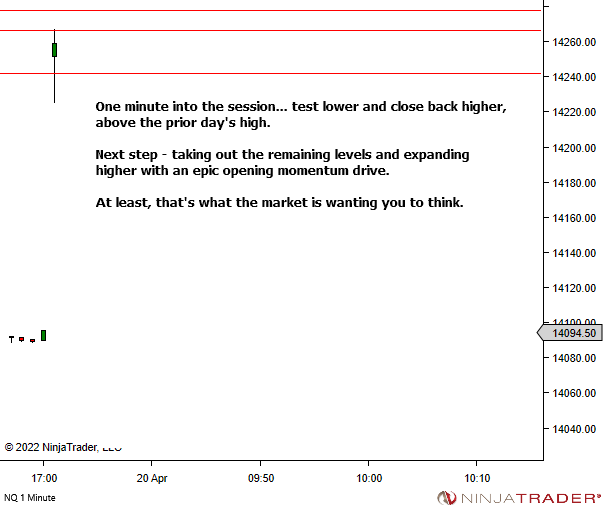 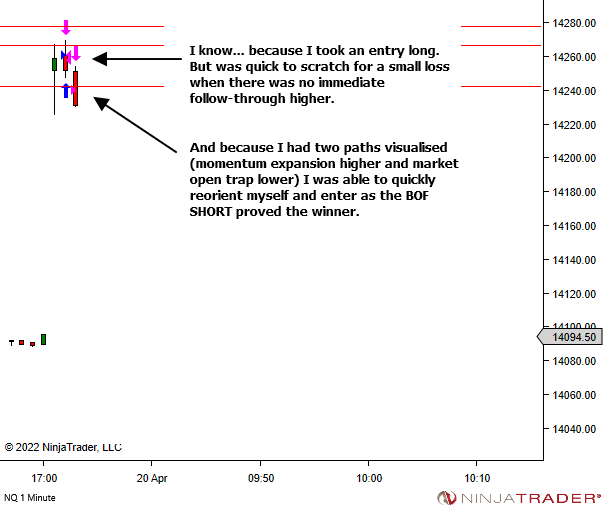 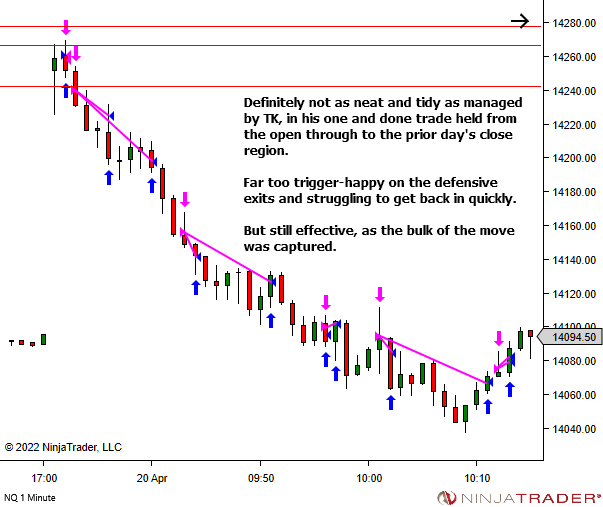 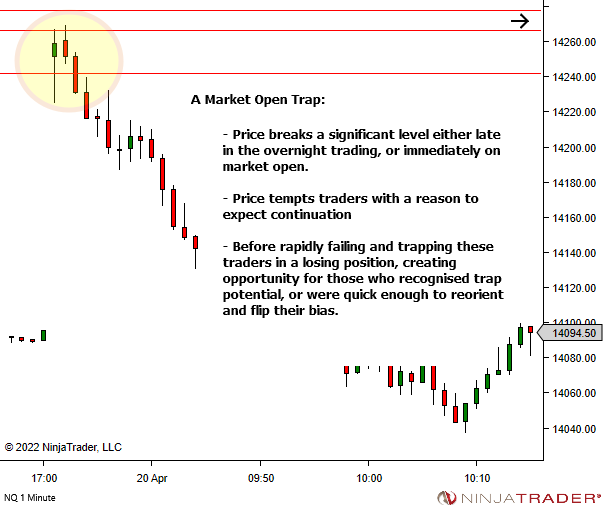 Opportunity is available in the markets when a whole lot of traders get it wrong. At those times when the market sets up and tempts strong directional movement right from the open… keep in mind the potential for a trap. Visualise and plan for both. And be ready to take advantage of whichever outcome should present itself.

I received a question from a reader who made an exceptional trade but was concerned that he should have exited the trade much earlier, scratching for a small loss and then possibly seeking re-entry. I love this! I would typically expect most traders to be ecstatic about a win. But it's a sign of…

You can't catch every good price move.   You can't catch everything. If you miss a good move, remind yourself: It wasn't mine to take. If it was, I would have caught it.   Now focus. There is more opportunity coming and it needs your full attention. Happy trading, Lance Beggs