I’ve shared this idea a few times now over almost a decade and a half of writing YTC articles. Surprisingly, it’s not something I’ve heard discussed by other educators. I doubt I’m the only one who thinks this way. But perhaps that is what you get when you question common advice.

And you should always question common advice.

Often you’ll find you agree with it. As a benefit, your understanding of the advice will have improved.

But sometimes you’ll find that you disagree. Or discover that it’s not the only option. And that it may not be the best option for you.

This is one of those cases. Common advice that is safe. A wise option for new traders and for those still overly influenced by emotion.

But not necessarily the best option for those who have some skill and experience in the markets.

This image was posted to social media prior to the session open on Tuesday 13th September, reinforcing a lesson from my trading the day prior (Monday 12th).

The downside of single-click entry, is that sometimes you place the wrong one.

Monday 12th September was one such day. Entry LONG when I expected to go SHORT. It became apparent when realising that the target level I thought price was approaching was actually a stop-loss order and my position was negative, not positive.

So I paused. Assessed the situation. And held the position, resulting in a nice profitable trade.

First though, a question I received following the social media post:

Doesn’t option 2 distort your stats for that setup?

They’re already distorted by the simple fact that you have made the entry error. And yes, while immediate exit will minimise the distortion, there is perhaps a better way. Track stats for an additional setup, called “Entry Error”. This keeps them out of the normal stats. And allows you to assess your performance in overcoming these errors, or at least in minimising their damage.

Let’s look at the charts, starting with the daily for some context: 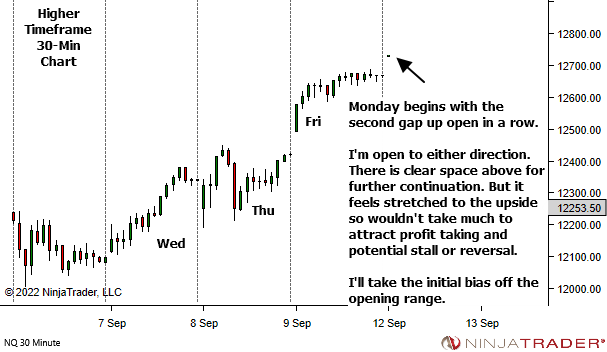 And now the 1-minute trading timeframe, stepping from the open through to our order entry error. 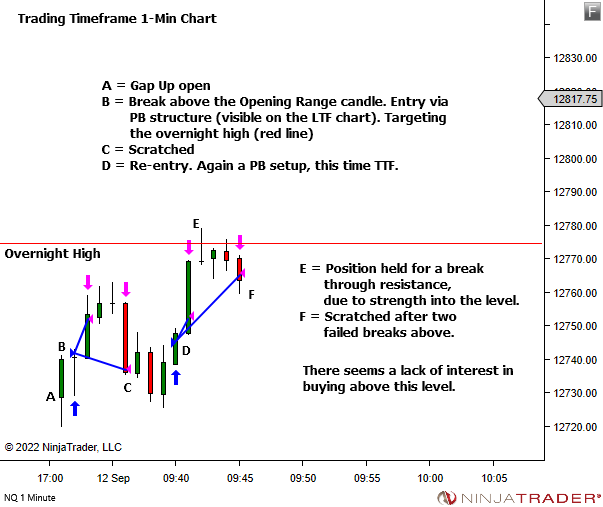 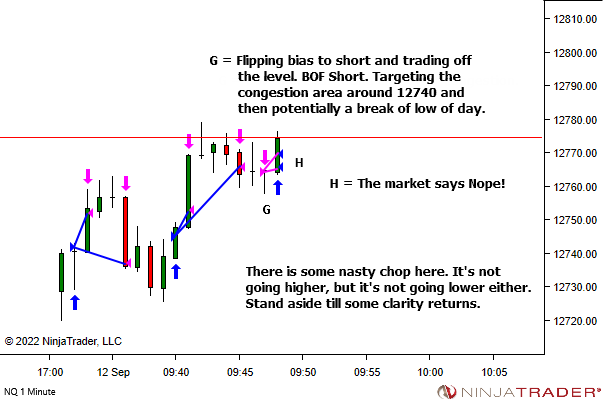 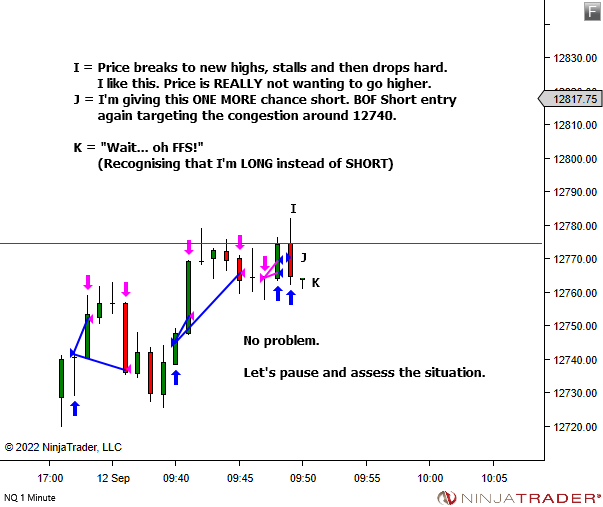 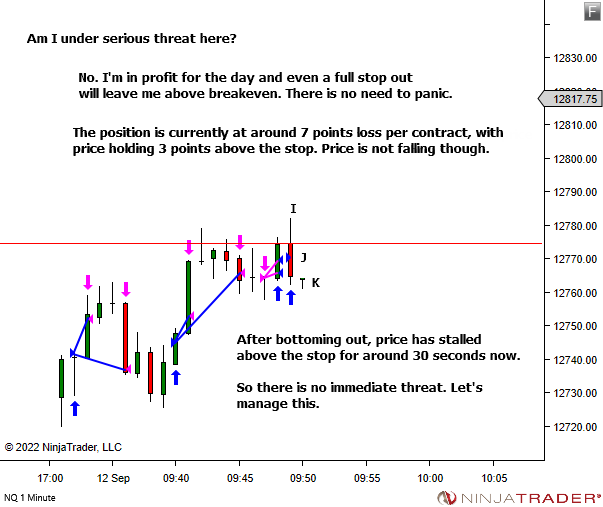 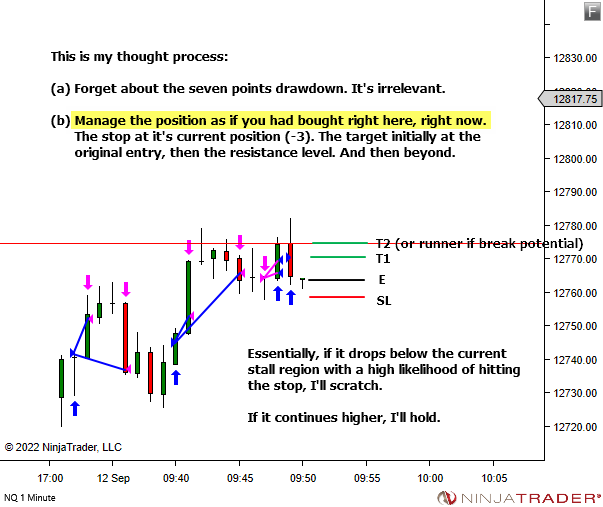 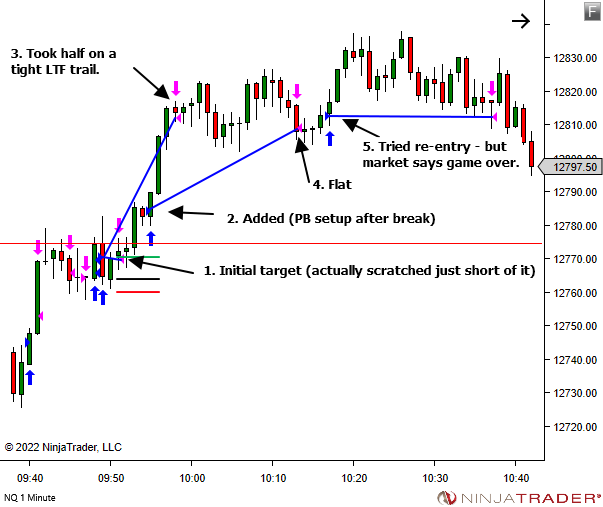 If I defaulted to Option 1 (Immediately scratching a position on recognising the order entry error) it would have locked in a seven point loss per contract.

Doing so would fail to consider the fact that there was no immediate and serious threat.

Doing so would fail to consider that price had bottomed out and was holding above the stop.

Doing so would have missed the opportunity to work the position out of its current drawdown and take it to profits.

No, it doesn’t always work out. As with any trade, sometimes the position falls on the losing side.

But if you assess no immediate and serious threat, then at least pause for second or two and consider options. If you had entered right here, right now, would you hold the trade? Or would you immediately scratch it?

If you’d hold, then TRADE IT.

You’re a trader. So trade.

One final comment… and another option if you prefer:

Let's examine the opening hour and a half of the emini Dow from Tuesday's session. As seen in the charts below, the session commenced with a sequence of trades where I was out of sync with the bias of the market. And then another when I was completely in tune with the market. Ok,…

Trader Q&A… Question: Hi Lance, It was by pure chance that I found your site through you tube, but am I glad I did!! Good sound advice which if you take it, works. There is just one thing that always puzzles me and I hope you can help me with this. I have been looking…

We finished up last weeks article (which you’ll find here if you missed it) with the following image… Well, my post-session review did consider this question. In fact, the answer was obvious to me even as I traded the session. I knew I was fighting an obvious uptrend from maybe the second or third trade,…