Those who have followed YTC for a while will know that I'm a big fan of re-entry.

It's a personal preference. I much prefer a tight stop and the need for occasional re-entry, over a wider stop that might give a trade a whole lot of room to prove itself.

I typically allow two attempts at a trade. If the first is stopped out and the premise remains valid, I'll often seek a way back in. (NOTE: The premise MUST remain valid. We don't just try to re-enter every stopped out trade!)

I wasn't always comfortable doing this, in the early days.

And I know for a fact that many readers find it difficult as well.

From a mindset perspective, it asks that you put aside the fact that you just lost money on this very same trade idea, and place more money at risk.

And your thought process is probably fixated on the idea of "what if it loses again?" 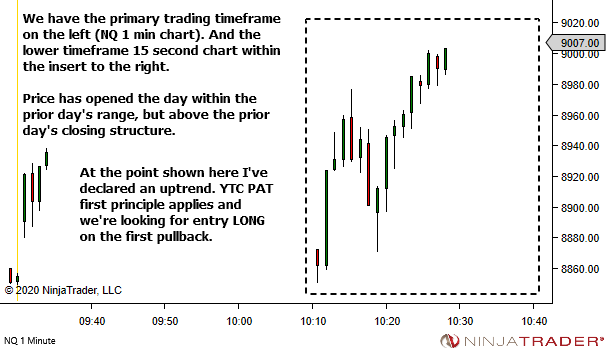 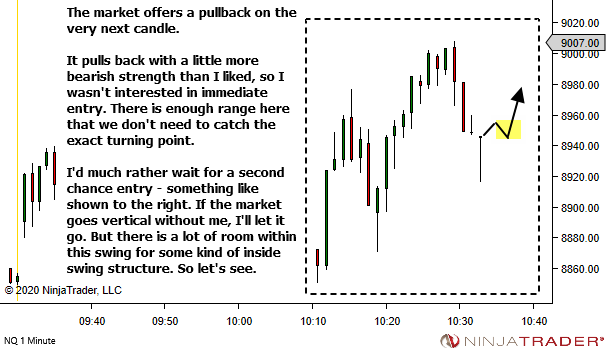 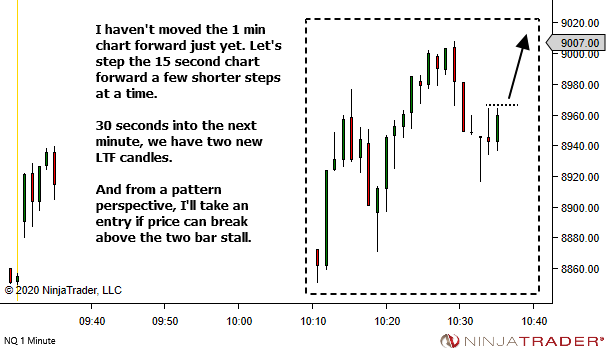 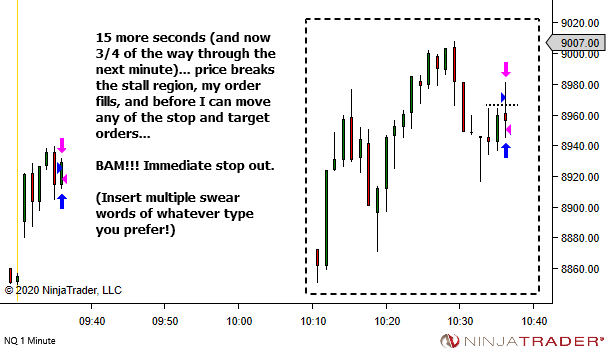 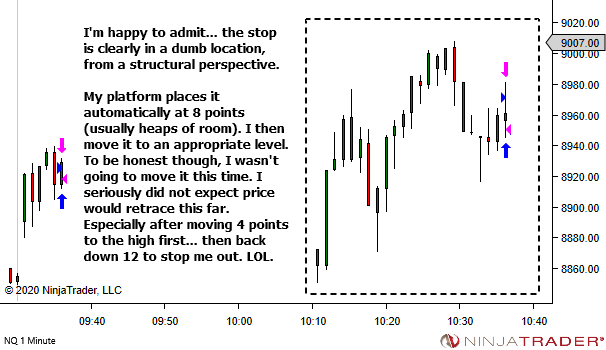 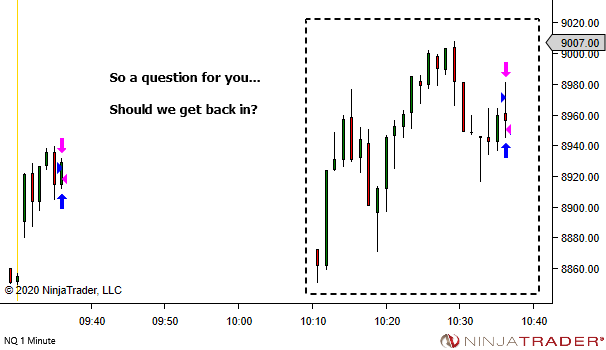 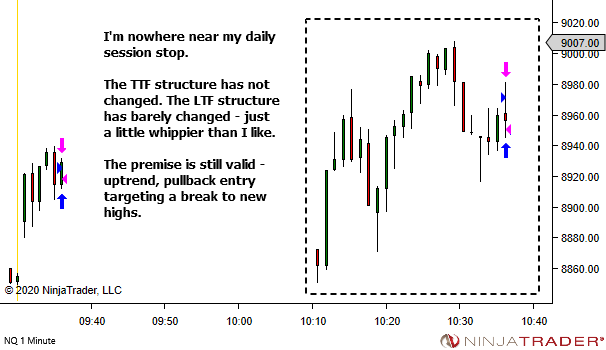 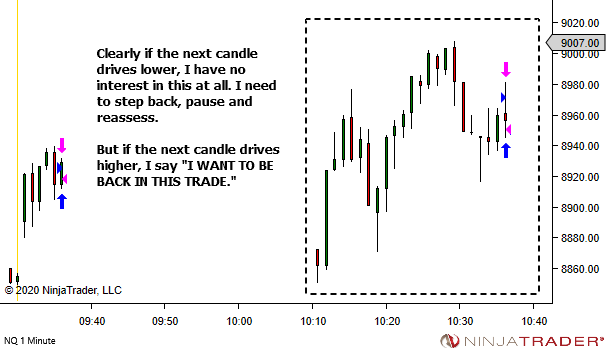 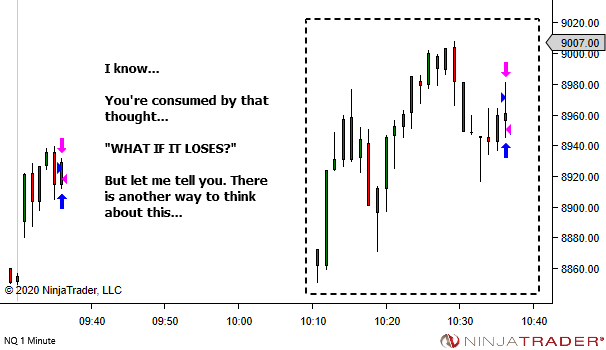 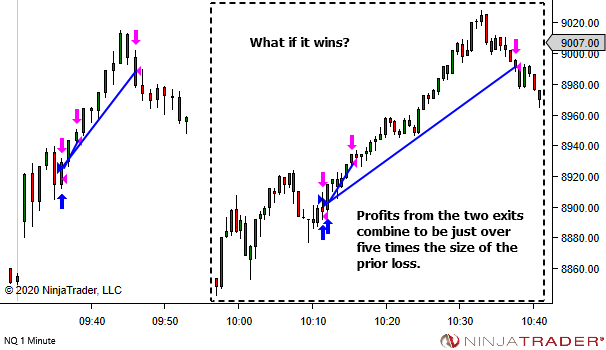 Consider this – I could lose on my next four to five re-entry trades and I'd still be in front.

Edge doesn't require that you win on every trade.

There will be winners and losers. Both are fine. As long as your stats prove edge over a larger series of trades.

So if you struggle with re-entry, with thoughts of "what if it loses again" leading far too often to hesitation and doubt, maybe consider the following plan.

For the next twenty re-entry trades, let's try to prove once and for all whether they do provide you with edge.

(1) Create a new copy of your Trading Journal Spreadsheet with one setup – "RE-ENTRY". The aim is to initially keep the stats separate from other setups and from other trading.

(2) Do NOT take re-entry trades live. There should no longer be any thoughts of "what if it loses again" because… who cares if it loses… you're not really in the trade.

(3) Take the trade either on sim (if your platform allows switching execution between live and sim) or else just on paper.

(4) Track the results in your separate Trading Journal Spreadsheet.

(5) And prove, over that sample of twenty trades, that you do have edge.

Or prove that you don't. At least then you know for sure. And you can either abandon the idea or use the data you just gathered to find a way to improve and build edge where there currently is none.

Nothing improves trade decision making and confidence like actually SEEING proven edge over a series of trades.

If you lack confidence in your re-entry edge, the best way forward is to test that edge. Commit to a full series of re-entry trades on sim, alongside your normal trading. Record results. And review.

A late pre-session breakout of key price levels… you know I love that. But there was one factor which suggested that I should be in no hurry to trade. Step back a little, define a “No Play” zone, and wait. Hindsight will show us it wasn’t necessary this time. But there are places on the…

The following image was a part of last week's newsletter article, "Real Opportunity is Found at the Edges of Market Structure". Following the publishing of that article, I received a great question via email… Question: "Isn't buying at the lower low (D) just trying to catch a falling knife? If a downtrend consists of LL’s…