The market opened and settled quickly into an uptrend.

It was an environment I found difficult to trade for some reason. Decision making was poor. And I just couldn't get in sync with the price movement.

This was a fact that became clearly obvious after two suboptimal trades (small profit so it's all good).

So here's the plan on recognising the fact that I'm out of sync with the market:

Here's what I mean:

The current structure was an uptrend. But not a nice one. Small swings, getting smaller.

I don't use trendlines, but they will help show what I was seeing within the structure, as the trendlines above and below price both converge on each other.

This is what I wait for: 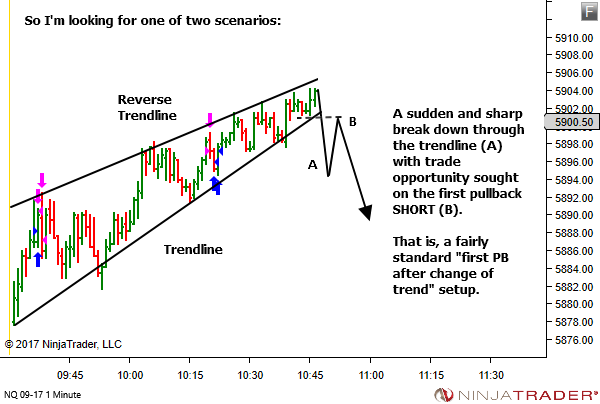 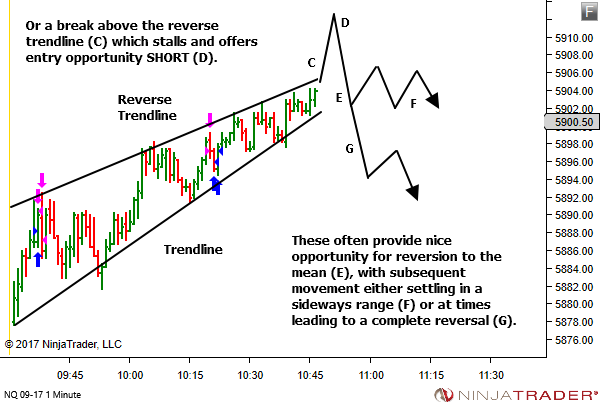 This time we got a break of the reverse trendline. 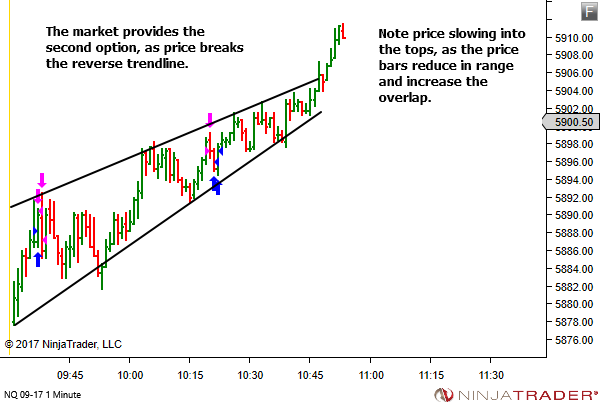 From a strength/weakness perspective, an acceleration of price like this gives an appearance of strength, but it's not usually the case. Such a steepening of price is unsustainable and will exhaust itself. Any strength is actually short-lived and will often (but not always) provide opportunity back to the last area of congestion prior to breakout. 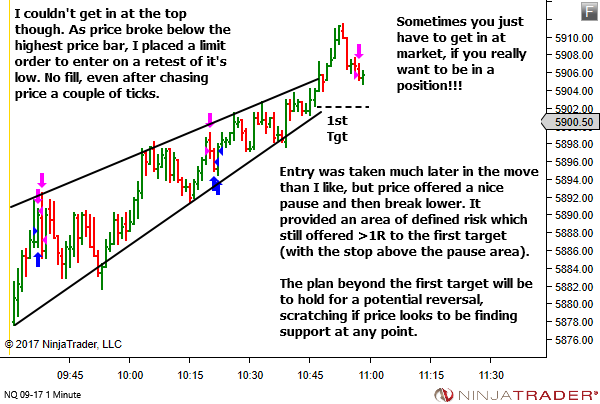 Here is the outcome: 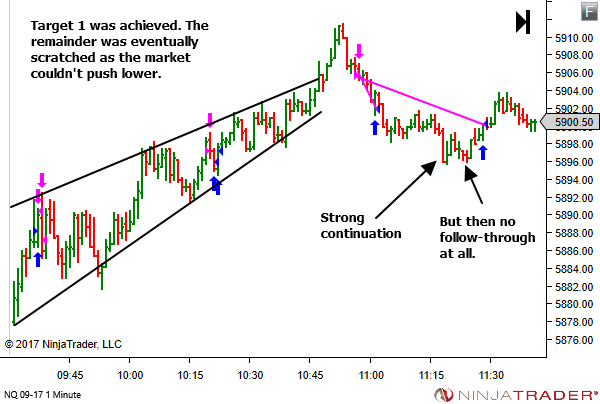 1. Two suboptimal trades are an indication that you're potentially out of sync. Pause. Step back from the charts. And reassess.

2. When you recognise yourself being out of sync with the market, consider standing aside until price breaks from the current structure.

3. A reverse trendline breakout is usually played initially for reversion to the mean, with the remainder held for potential reversal (until proven otherwise).

The following trade review examples have been taken (with permission) from some email conversations with Josh, a trader of the YTC Price Action Trader methodology. He's still in the early stages of his development, developing confidence in his strategy and processes through historical chart review. He's doing this using ForexTester software which allows for trading…

I was recently asked on Twitter about my pre-session analysis. My response was simply that I've outlined the process in detail in the YTC Price Action Trader. However, since publication, I have added a couple of minor steps. Let's look at one today. It occurs just once a day, right at the beginning of…

The following was a reader email, enquiring as to how I would enter during a rather messy pullback: Question: I attached EUR/JPY 1 min chart. I assumed that the trend is still bullish. Within the blue area, where would you enter and where do you set your stop? Could you give me an advice please?…

Email from a YTC reader who I'll leave anonymous!  🙂 Hi lance. How are you? I wanted to ask you, do you use hard stops or mental stops? I had a trade today go wrong on me because I think either my stop was too tight or I shouldn't have used a hard stop….