I get asked from time to time whether I ever "stop and reverse" a trade.

The reality is that I don't do that often.

The failure of one trade is usually NOT an indication of potential in the opposite direction.

The only time there may be potential is when the CONTEXT suggests the new trade is a valid trade in its own right. So the trade validity has little (or nothing) to do with the failed trade preceding it.

But as I said, I don't tend to do this often. It's not always easy to shift bias so quickly.

There is however a closely related trade, which is a little more common.

A common place for these is a key level of some kind, such as an S/R level or range boundary, where we might be assessing two potential opposite biases through either a breakout failure or breakout pullback.

Let's look at one example: 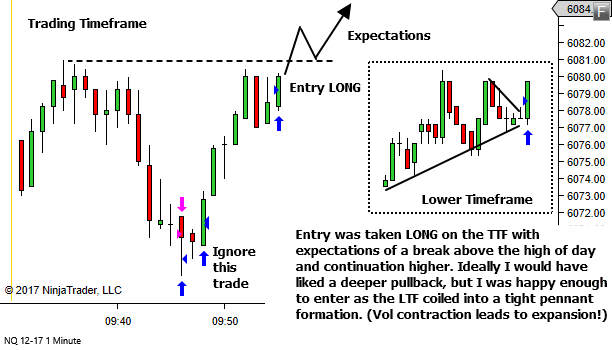 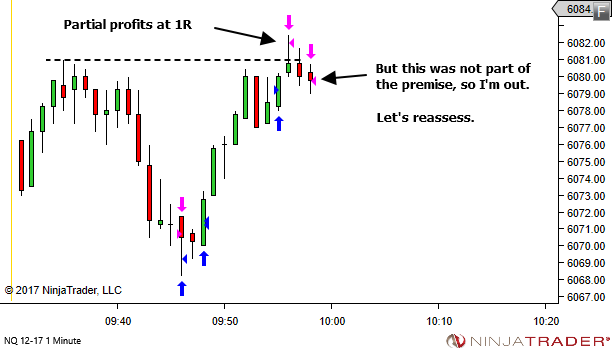 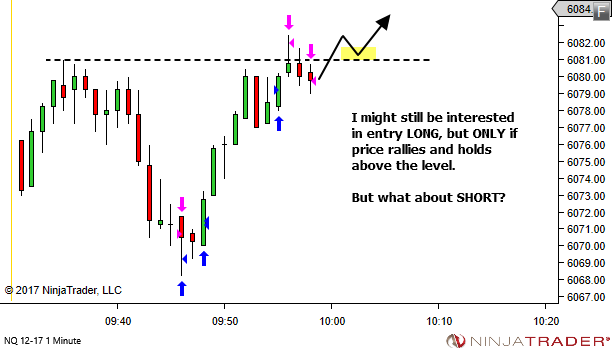 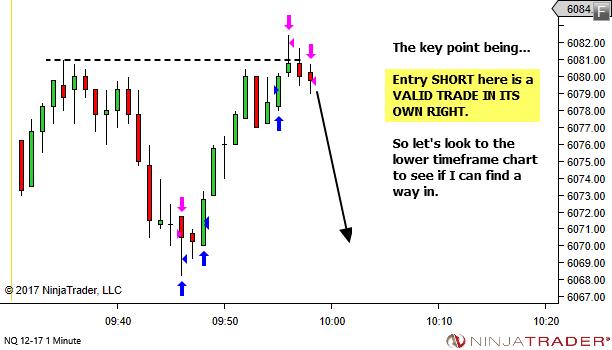 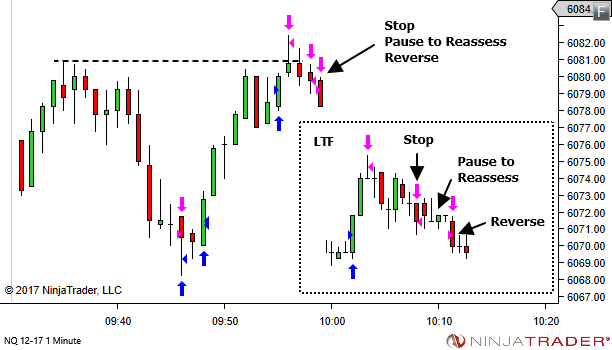 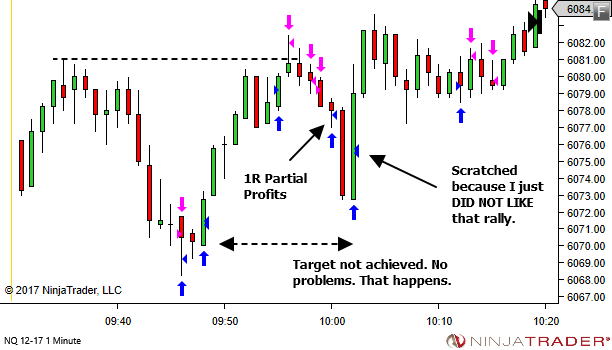 1. Failure of one trade does not imply potential in the opposite direction, unless the context suggests the new trade is a valid trade in its own right.

2. A stop and reverse does not need to happen at the same time. Often a better option is "Stop – Pause to Reassess – Reverse". Give yourself an opportunity to reassess the situation with a clear mind, as a result of having no exposure to the market.

(Note: Not for beginners! This takes a bit more skill and experience. File it away for now… or practice on the sim… if you're not ready for this.) We looked at this idea previously, that confirmation is risk: https://yourtradingcoach.com/trading-process-and-strategy/real-opportunity-is-found-at-the-edges-of-market-structure/ However, it's been well over a year since that article so I thought it a…

My method of establishing a bias, or an expectation for the future trend direction, is done through six basic principles of price movement, as listed in my YTC Price Action Trader ebook series. This requires prior price action as it's based partly upon analysis of previous bullish and bearish price swings and trends. So what…