Recently I posted the following image to my YTC Facebook page: 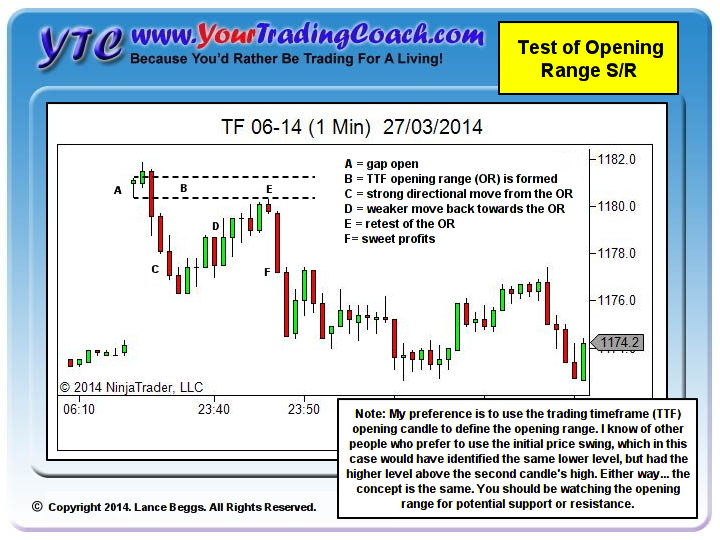 Let’s look at this Opening Range (OR) idea in a little more detail. 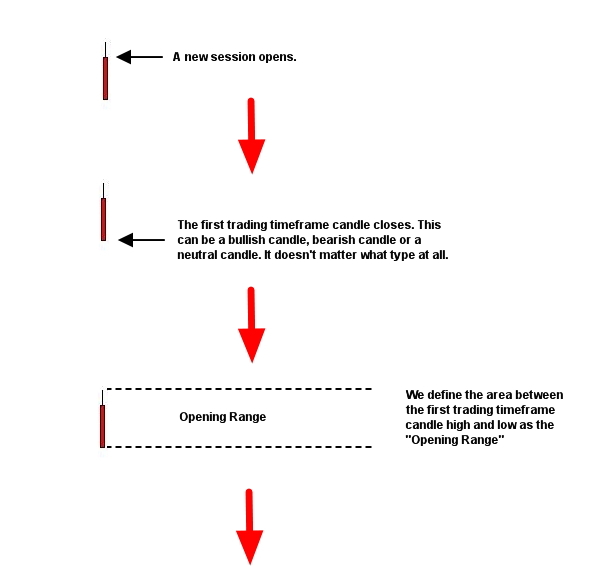 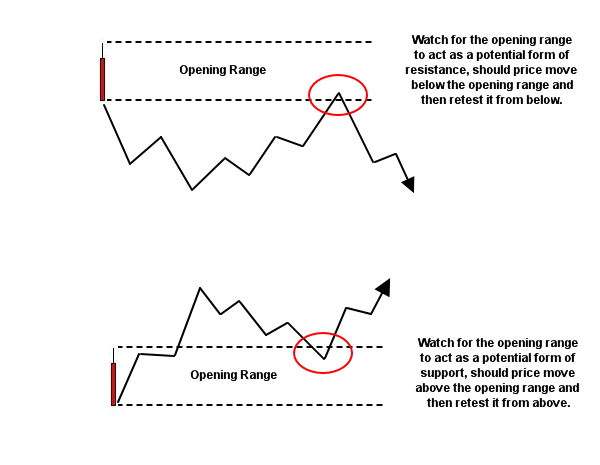 Let’s look at our earlier facebook chart for an example… 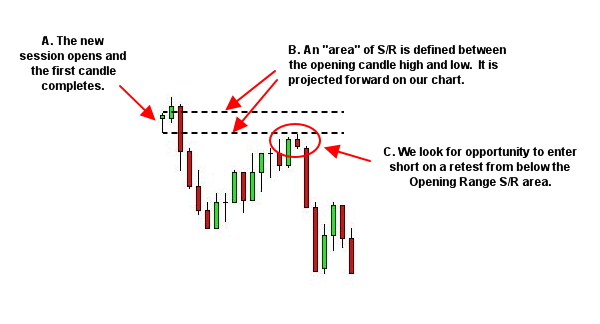 The very next day (after the chart from the facebook image) provided an absolutely beautiful session where the opening range again came into play.

So let’s have a look at this new example. 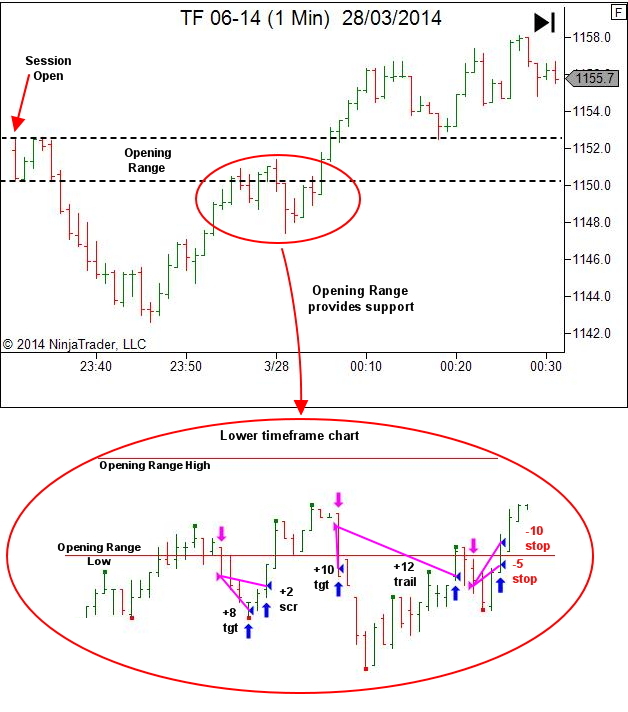 Twenty-five minutes into the session the market moved to test the opening range from below.

Three trades were taken within this “test of OR” sequence. The first was exited with a defensive scratching as short-term support was found. My intent was to re-enter higher.

The second entry moved nicely to profits before again finding support. Part two of the position was held for quite a few bars, giving the position maximum chance to again continue lower. It wasn’t to be.

The weakness in this pullback led to a decision to re-enter for the third attempt. It was stopped out.

Structurally the trade was in a great location which would have offered a 10R return for part two, had it continued to retest the daily low. This wasn’t to be. Although the trade idea failed to play out, sufficient movement was available to leave with a profit.

About twenty minutes later the opening range again came into play, this time acting as support.

This trade provided a short-term stall just following the entry which had me reducing risk via a partial exit for +1, re-entering on a break above the stall area.

From here it moved nicely to the first target. Profits were taken on the remainder once the push to new highs failed.

As with all levels of support and resistance…

(a) Remember that it’s an area, not a level.

(b) There are no guarantees! Remember… all S/R should be considered “potential” S/R.

(c) Every test of S/R is unique. You still need to conduct your strength / weakness analysis. Don’t just blindly enter and hope for a win.

(d) The level should be removed from your chart if price has moved back and forth through the opening range with no (or minimal) impact. 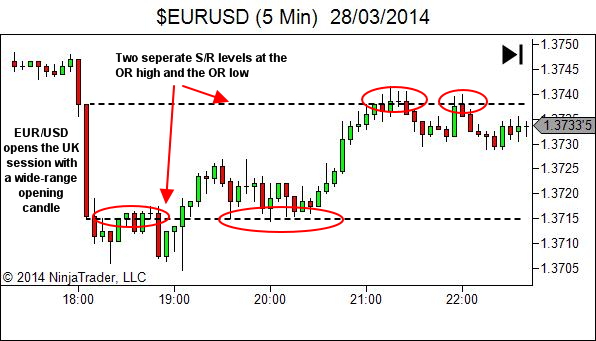 The nature of the markets is uncertainty. Human beings do not like uncertainty. In fact we fear it at the very depths of our soul. Much of our society has evolved in an effort to reduce the uncertainty we face in day to day life, through controlling the environment, and implementing a structure of laws,…