Let's continue one of the secondary themes from last weeks article:

One way I love to see this set up is via a double failure pattern.

This can display in many ways, but essentially involves a significant price movement in one direction which sucks in the masses of traders; pushing once and failing, then pushing a second time and again failing.

It really plays with their emotions. The first move gets them excited about great profits. The first failure worries them. The second move relieves that pressure and again gives them hope. The second failure destroys them.

We of course aim to enter in the opposite direction, at the point of their exit, if not before.

The key is context. The pattern must provide some kind of significant move, such as:

And ideally the pattern should be operating against your market bias, or be one that changes your bias.

Let's look at some examples across different timeframes. 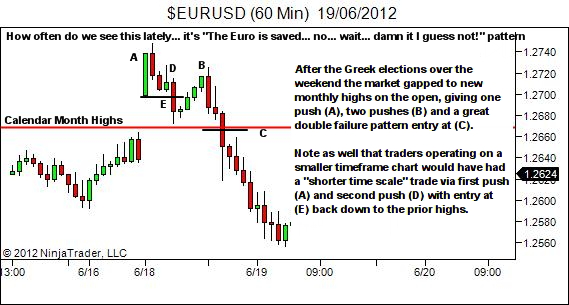 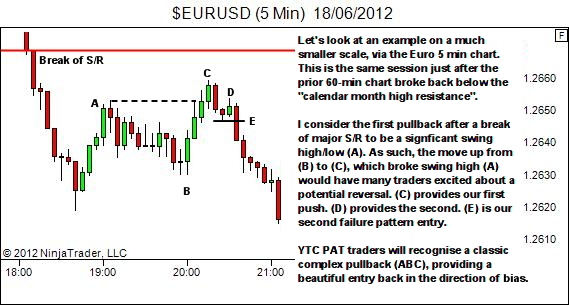 And it even applies down at the scalping level where I trade (1-3 range or 20 tick charts). 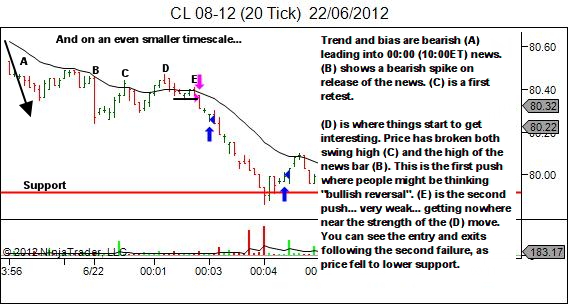 Some words of wisdom from back in my days as a pilot… "Never let an aircraft take you somewhere your brain didn’t get to five minutes earlier." It’s essential as a pilot to stay ahead of the aircraft. This means projecting your awareness ahead of your current location. Anticipating what is coming, considering what that…

Trading – the art of managing the imperfection of human decision and action in an environment of uncertainty. Damn, I love this game!  🙂 Happy trading, Lance Beggs

It's six years since we last looked at this topic. Wow! So it's definitely time to revisit it. Check out the prior article if you want to see the original drills – https://yourtradingcoach.com/trading-process-and-strategy/trader-performance-drills/ Today we'll discuss a drill that I've quite enjoyed from time to time over the last six months whenever I've had a…