The key to early recognition of potential change in structure is in observing and identifying "SOMETHING DIFFERENT".

I absolutely love this example which has been building now since the beginning of the year. 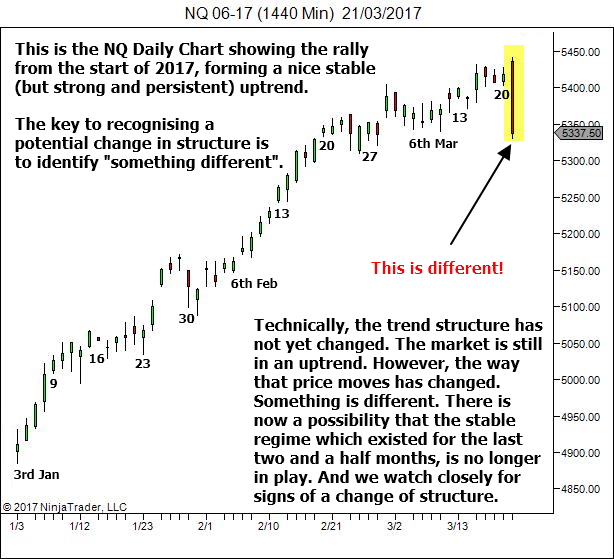 This does not mean that the uptrend will end.

A clue that the sentiment driving the market prior to this date has changed in some way.

A clue that there is "potential" for a change in market structure.

And for those of you who recognise this clue, the potential to more quickly adapt to any change in structure as it happens, or even before the technical change has occurred.

(By the time I publish this article the market may well have made this change. Be sure to check out the charts if you wish to see what happens next.)

For those of you who wish to join the ranks of professional traders, this is a skill you need to build. Quickly recognising and adapting to changes in the market.

And step one in that process is early recognition of "something different". 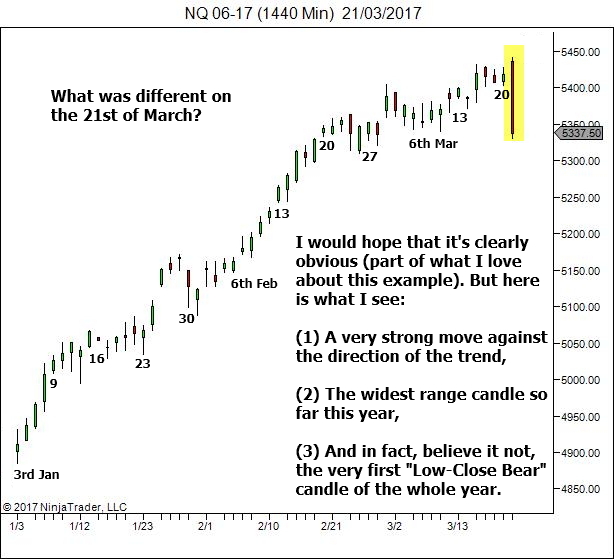 Skip the table below if you wish, but I personally find it amazing!  (Yep… I'm a charting nerd!)

(See here if you're not familiar with this form of candlestick classification – Parts: One Two Three Four Five )

The key to early recognition of potential change in structure is in observing and identifying "SOMETHING DIFFERENT".

In a stable trend, watch for changes in volatility, or in the pace of the trend. Watch for changes in the way that price swings project beyond the previous swing high or low. Or in changes to the depth of pullbacks. Or, as in today's example, watch for a sudden and strong move counter-trend.

In a stable sideways market, watch again for sudden changes in volatility. Or sudden and dramatic increases in volume. Or (one of my favourites) watch for signs of price compression towards either the upper or lower boundaries of the range.

Something different in the way that price has been moving.

Question it. What could it mean? Could this in any way provide a clue to a potential change in structure? 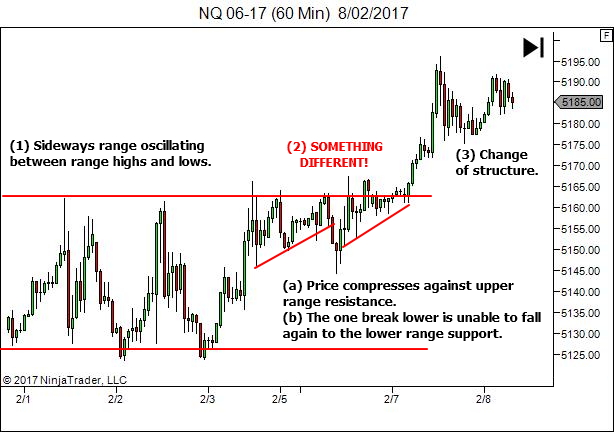 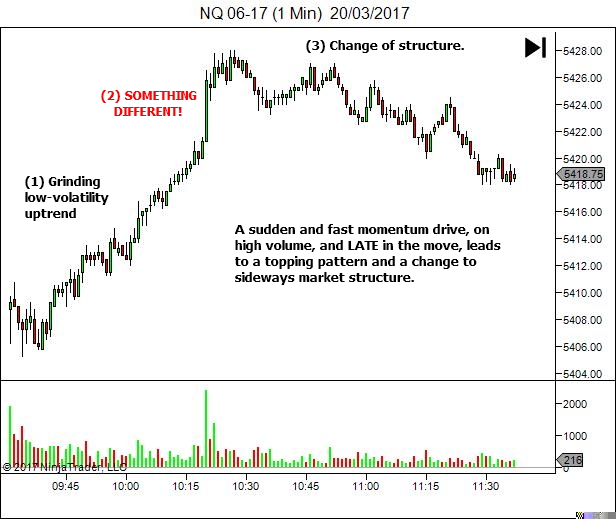 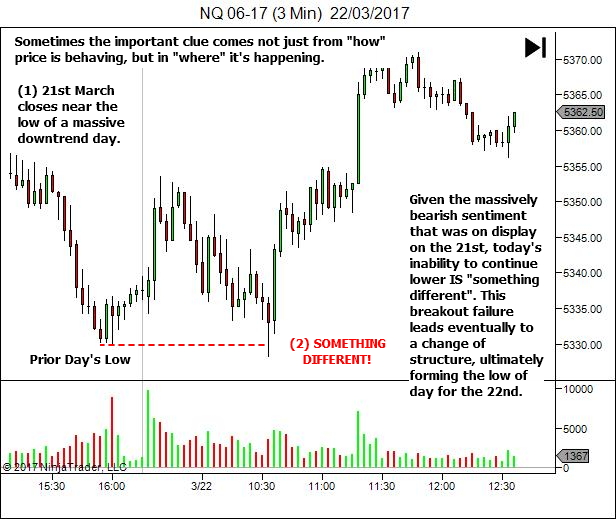 Let's say we have a market with a clear bearish bias. Price then pulls back higher and reaches an area in which I'd be happy to enter a SHORT position. Two of the key things I'm looking for are: Signs that the bulls have exhausted everything they've got. Signs that the late bulls, entering…

Ok, maybe not quite a complete strategy. More of a good foundation from which one can be built. Let’s revisit the exercise discussed last week in Trader Performance Drills – Part Three. This was of course not meant to be traded. It’s a drill. An exercise used to improve skill in quick market analysis. In…