I received a question a few weeks ago asking why I haven’t shared many support & resistance trades lately. And asking whether or not I still trade them.

It’s interesting that they’ve noticed this. The majority of my trades in the last year have been with-trend, seeking to profit from continuation of a directional market. I guess that’s a side-effect of the increased ranges and volatility we’ve had at times. There’s enough available in the with-trend direction that I’m happy to focus there most of the time.

But this is not a deliberate decision to exclude S/R reversals.

Sometimes, they can provide the best opportunity of the day.

Like last Monday, which offered up TST setup that also coincided with a beautiful Three Pushes pattern, as discussed last year – https://yourtradingcoach.com/trading-process-and-strategy/three-pushes-into-s-r/.

As mentioned at that time, I’m not a trader of “classic charting patterns”. But when an obvious pattern forms at the same time and place as one of my setups, it’s hard not to notice. And if that means other traders might also be entering in my direction and helping provide the orderflow to drive my trade to profits, that’s fine by me.

And with added context…

This was the reversal from the original article: 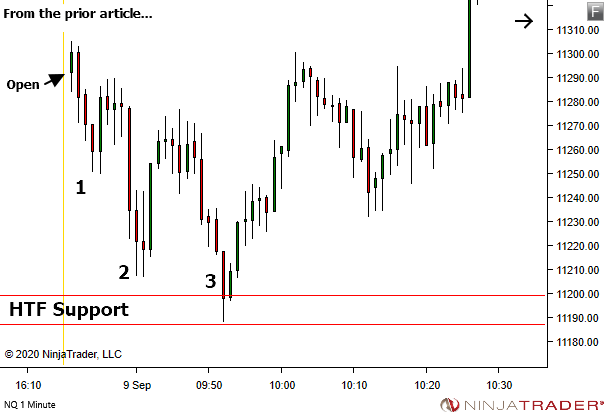 And here is today’s reversal. 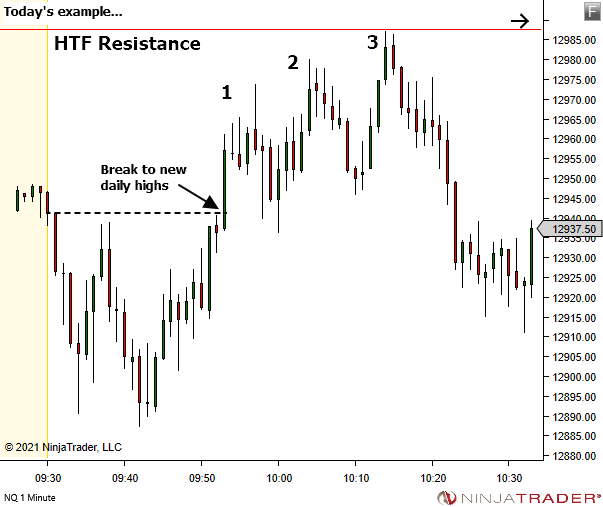 Note the similarity in pattern and behaviour. The symmetry (approximate measured moves) provided through each swing is just beautiful.

And most importantly – context – with the third push taking us right into an area of higher timeframe S/R.

YTC Price Action Trader’s… from our perspective, the primary observations I made here while viewing this live were the reduced projection from 1 to 2. And the deep pullback following 2. When swing 3 popped higher and stalled just below the resistance level, it’s game on. Look at point 3 from the LWP perspective, placing yourself in the mindset of anyone who might have bought a break of swing 2. Having identified that point, look to the lower timeframe for earlier entry through one of the trigger patterns provided in Vol 3 (in this case it was last example from page 89). 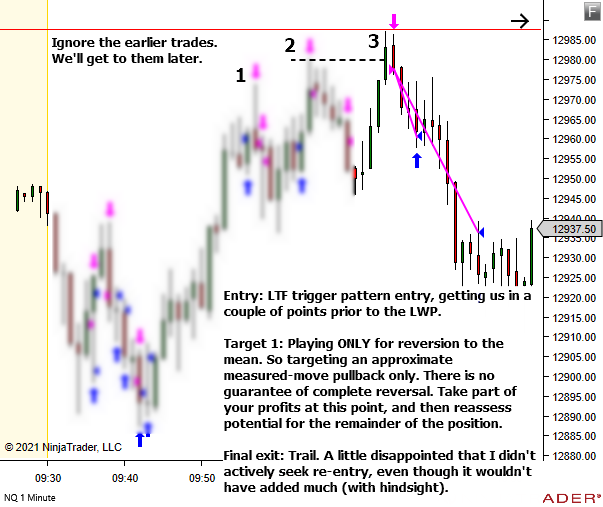 The trade of the day. And the point I stopped. I was happy with these profits. And perhaps somewhat lucky, as the earlier trading was a mess.

Some days it’s best to not push your luck. If you find yourself in front on a day when you’re not really trading well, take that good fortune and call it a day.

Actually, beyond the Three Pushes example of a TST reversal from resistance, this gives us the opportunity for… 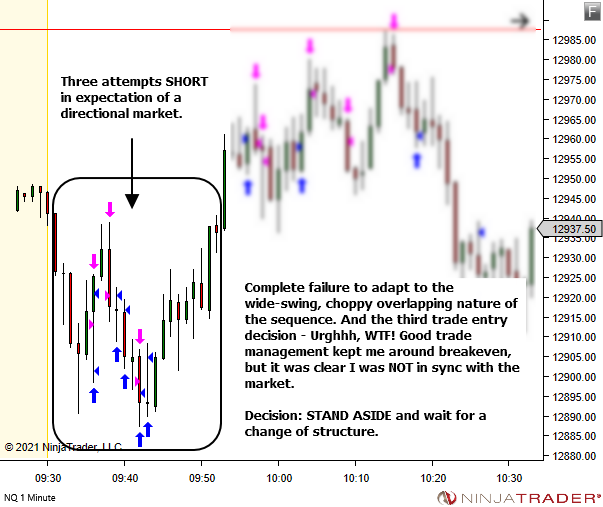 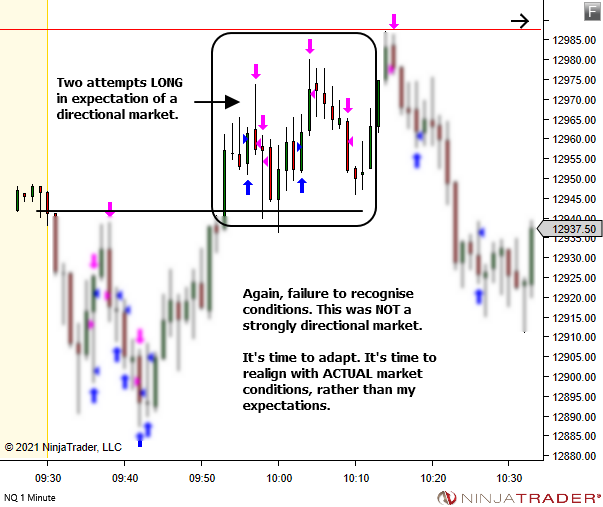 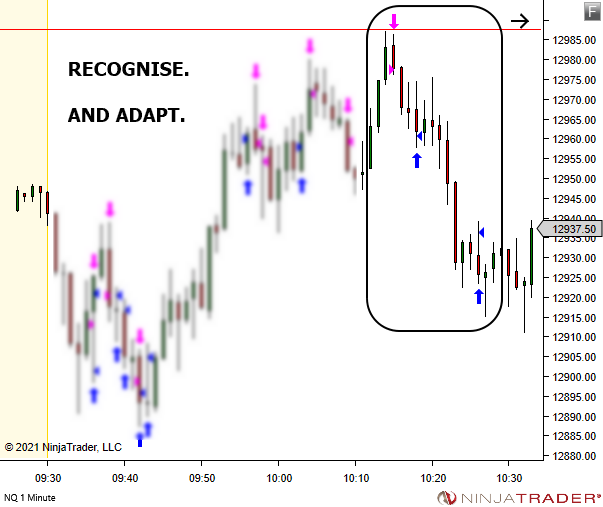 I know… it’s a point I push a LOT. But repetition is the mother of all learning. And it’s an important lesson.

Recognise when you’re out of sync with the market. Accept it. Protect yourself from further damage. And wait till price moves clear from that region before re-engaging.

Trapped traders are a simple concept you may wish to incorporate into your trading strategy, due to its potential to offer higher reliability trade setups.  Part 1 of this series introduced the 3-Swing Retrace. If you missed that article, you’ll find a copy at this address: https://yourtradingcoach.com/trading-process-and-strategy/trapped-traders-part-1/  In this article, we’ll look at setups which…

Projection refers to the distance with which a price extension projects past the previous swing high (in an uptrend) or swing low (in a downtrend).

Wednesday’s social media post… for those who missed it: The link: Market Open Traps – 2 Here’s the “text-book” concept: The opposite applies as well. Price approaching a level of significant support, breaking lower just prior to or immediately after the open, and then smashing higher and trapping any SHORTS in a losing position. The…