Let's look at a tool that can help you manage the conflict between what you FEEL should be happening and what you SEE is actually happening. Particularly for those of us who prefer clean charts with price only.

Here is the NASDAQ 5 minute chart from Monday 4th March 2019. 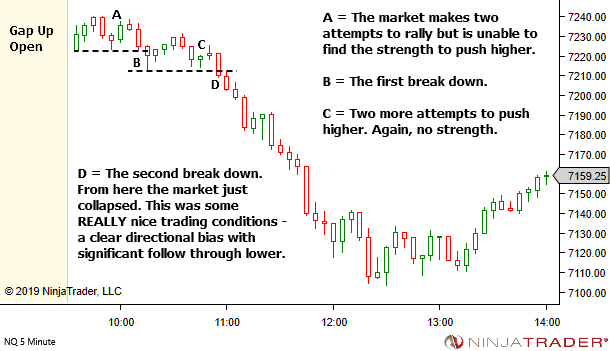 You can't get an indication of how bearish it was due to the scale on the RHS being quite compressed.

This was a REALLY nice move.

But the day after I had some email discussion with a trader who was beating himself up over missed opportunity. 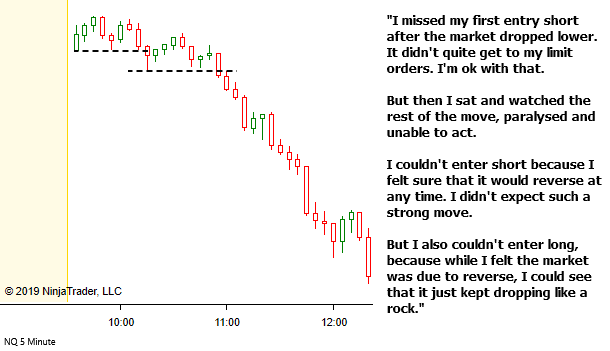 Yep… we've all been there… sitting on the sidelines while we watch the market go on without us. Can't go short because you FEEL it will rally any moment. But can't go long because you SEE it just keep falling.

The old saying comes to mind… "trade what you see, not what you think".

But like all of these simplistic truths, they're much tougher to put into practice than you'd imagine.

My immediate thoughts – don't beat yourself up. Ever.

Or if you feel it's warranted, then allocate a few minutes to let it all out. And then move on.

Today is just one out of thousands of trading days you'll have over your career. Take the hit. Learn from it. Move on.

And really… at least you didn't try to fade the move all the way down. It could have been a whole lot worse.

(NOTE: He actually profited on the day. All the anger and regret were simply because he knew he could have got a lot more.)

So we discussed a few issues.

Missing the initial short was a key part of the problem. This then triggered a shift to "outcome thinking" rather than "process thinking"; not wanting to make a bad situation worse by following up a missed opportunity with a losing trade.

As soon as you fear losing on a trade, it's game over.

So this is an issue he will work on, recognising now that missed opportunity can be a trigger that shifts his mindset away from productive thought processes.

But that is not the point of this article.

Because it provides a technical solution to another key part of his problem.

Something that could have provided confidence in entering and holding a short position while he sees that the market keeps moving lower, despite his bullish internal bias.

In other words… he needed a guard rail.

(NOTE: We're going to leave out discussion of S/R, which may have also helped. The trader does not use an S/R framework at all, instead trading the trend structure.)

The Guard Rail is a concept that was discussed in part 2 of the article series. 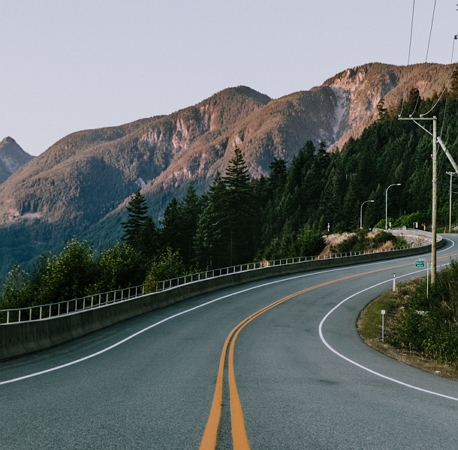 Photo by Nathan Dumlao on Unsplash

The primary purpose of the guard rail is to prevent (or limit) damage should you veer off the road.

But it also provides a secondary function. It allows you increased CONFIDENCE in driving along the road without fear of falling over the edge of the cliff.

Can we achieve the same on our charts?

I think we can (to some degree). 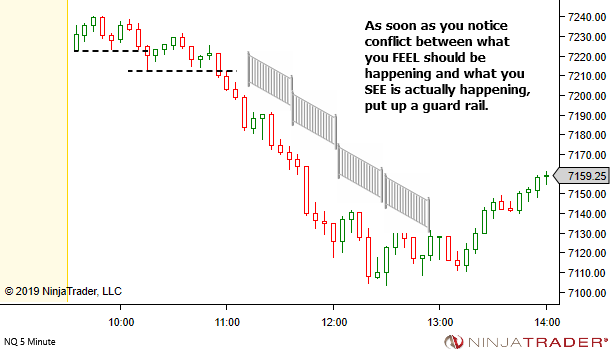 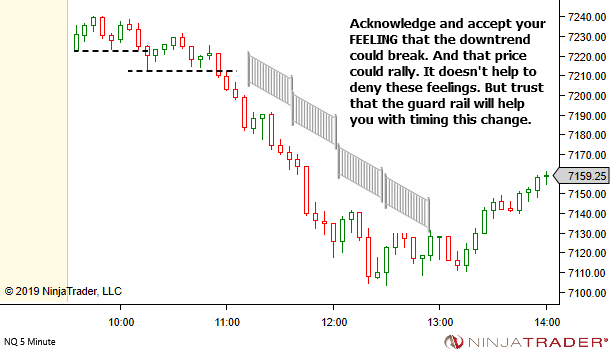 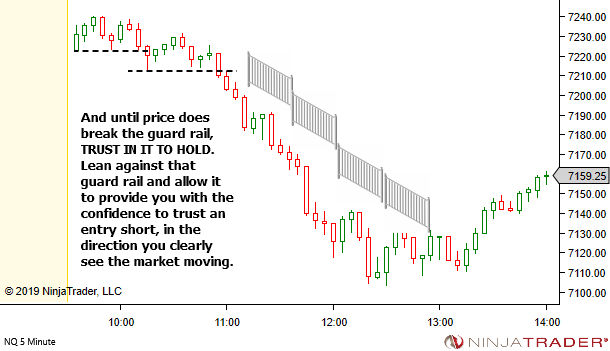 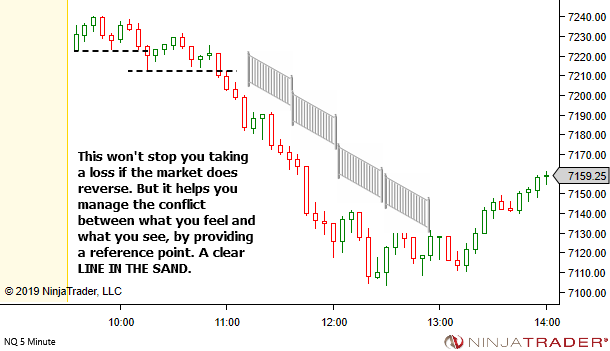 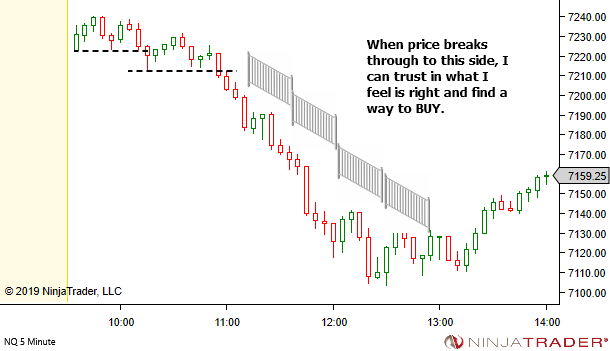 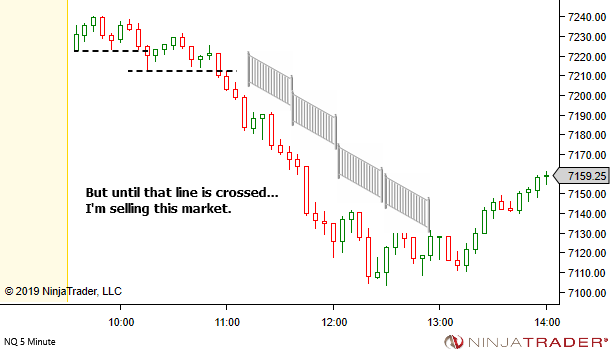 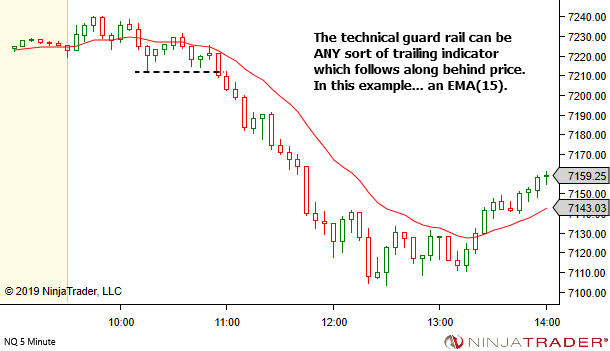 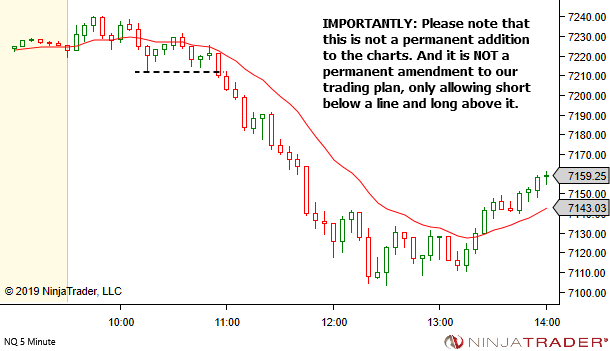 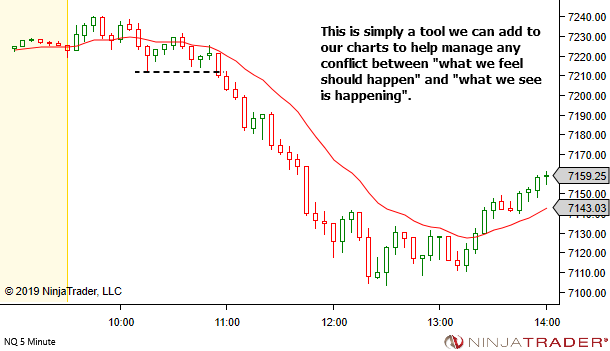 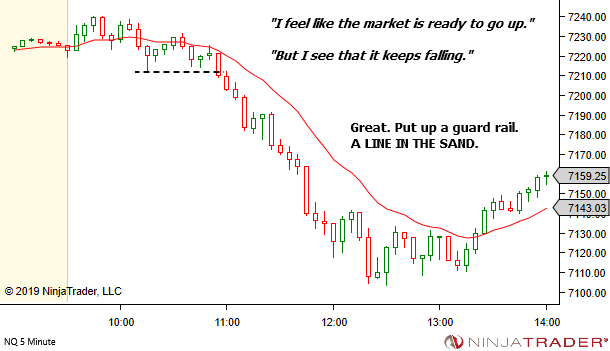 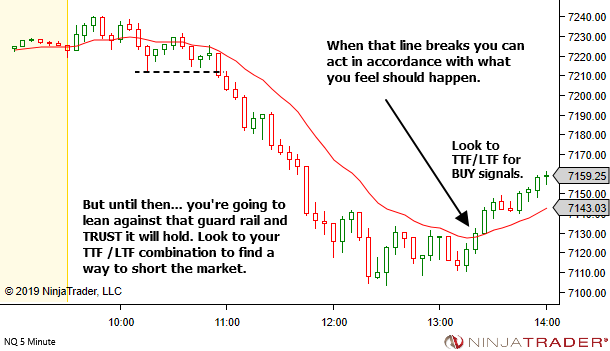 Give it a try next time you find conflict between what you feel should be happening, and what you objectively see is actually happening.

Email Question: I'm not quite sure how to manage this situation. My initial thoughts are that shorts will enter on a break below the channel, and that they will realize that they are wrong if price breaks above the last candle. On the other hand, there is weakness in the uptrend which would set my…

I love getting feedback from people experiencing success with the YTC Price Action Trader method. This one was awesome; from YTC reader Nathan: Last night was a little tough but still positive…. but tonight I have just got a 50 ticker!! It’s been a little goal of mine for a while.. These 30m S/R…

All Market… All Timeframes. 1. Determine the bias 2. Enter on a trap setup against the bias The following provides an example for longer timeframe equities traders, using a Weekly / Daily combination.