Today I want to take the concept of Project-Confirm-Trade up a level.

First though, a quick review of the general concept, borrowing one of the images from that prior article. 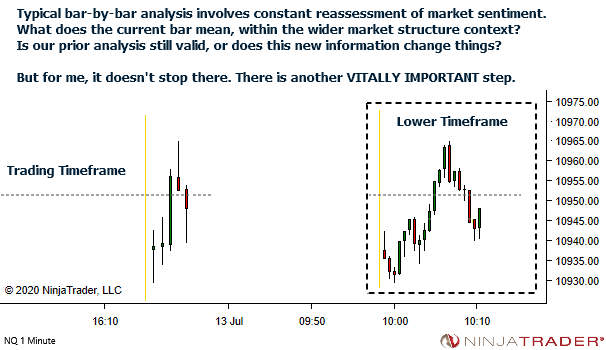 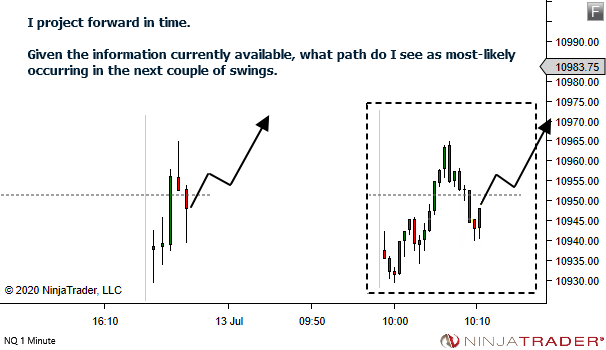 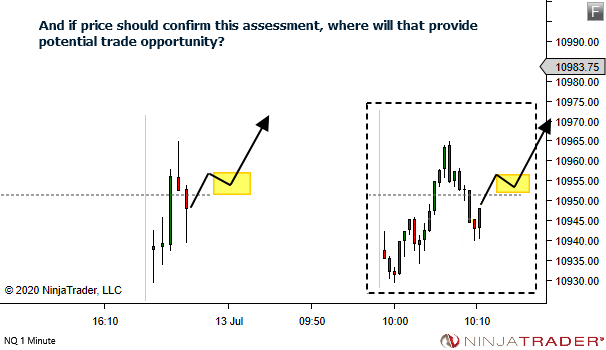 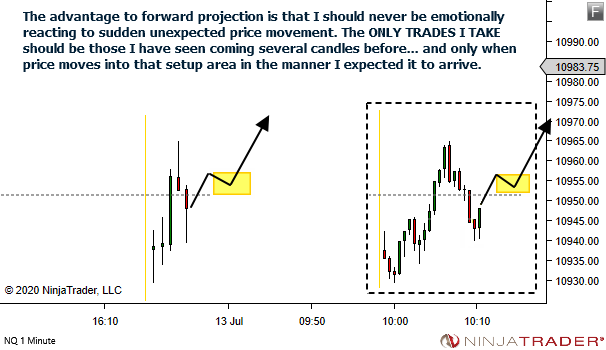 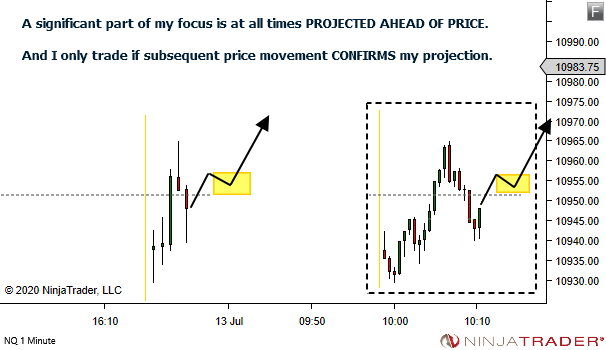 The rules I use for projection are outlined in the the YTC Price Action Trader.. See Volume 2 Section 3.3.3.

And then it’s simply a matter of…

Now, let’s take it up a level.

There are times and places on the chart where I can see TWO potential scenarios that I like.

And so, why not allow TWO forward projections at one time?

It’s not as hard as it sounds. And it’s usually only temporary. One (or both) will soon be dropped as further price unfolds. But until then I visualise two potential paths, each offering different trade opportunity.

Let’s look at a couple of examples from a recent session. 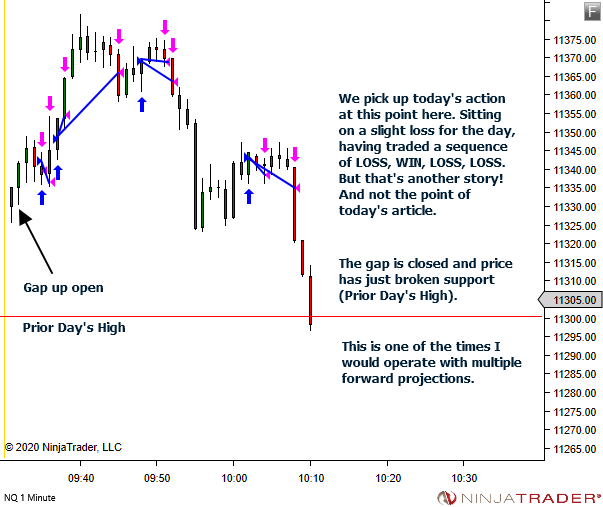 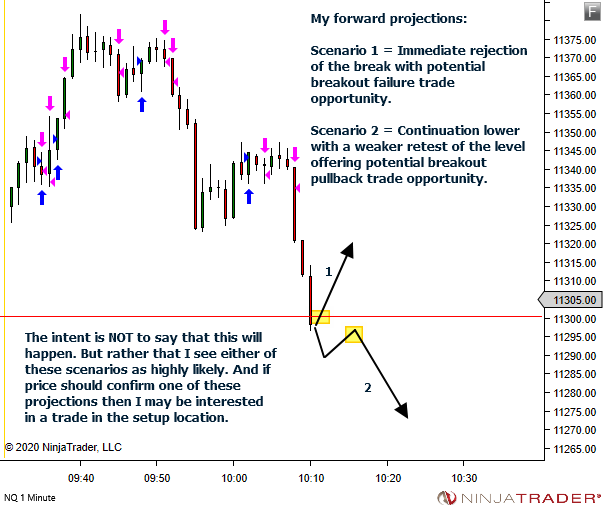 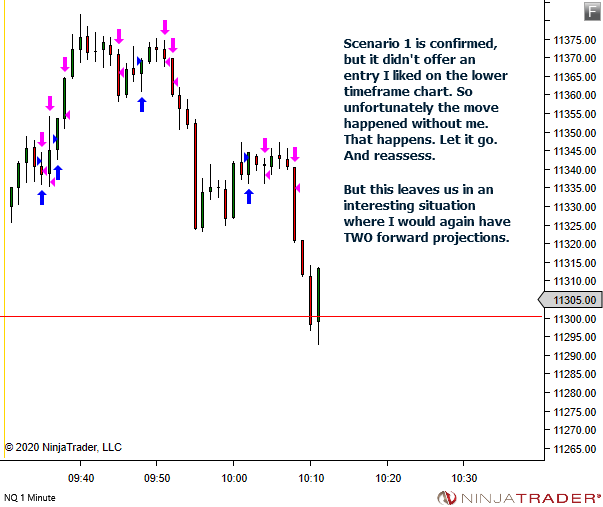 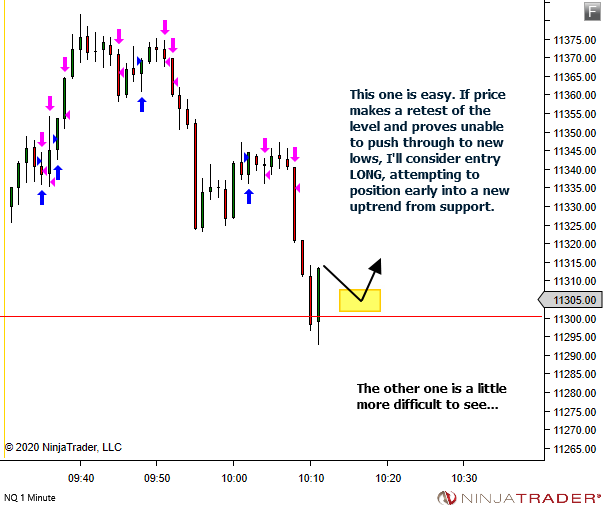 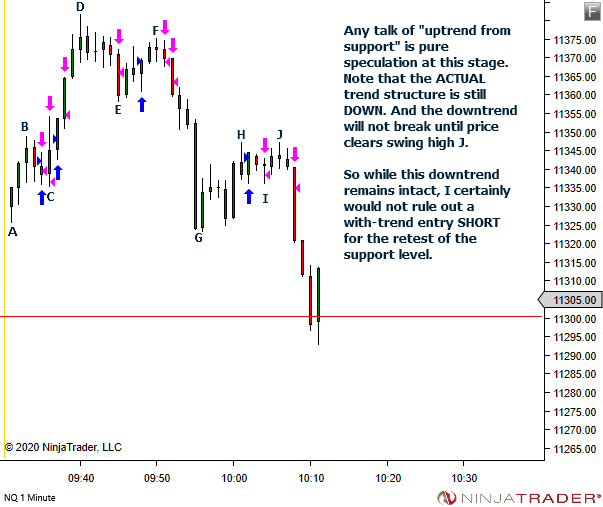 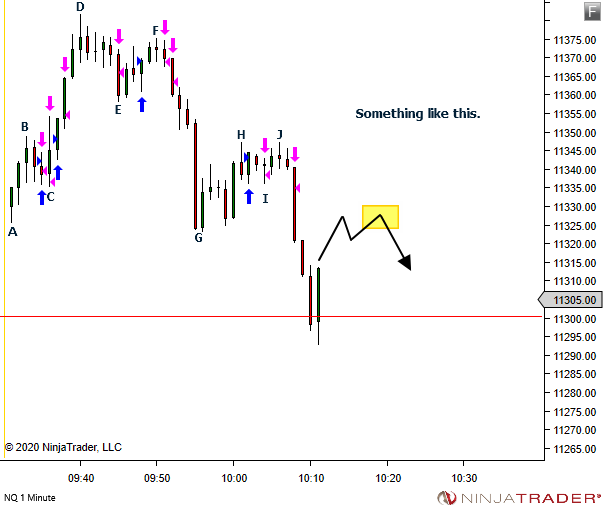 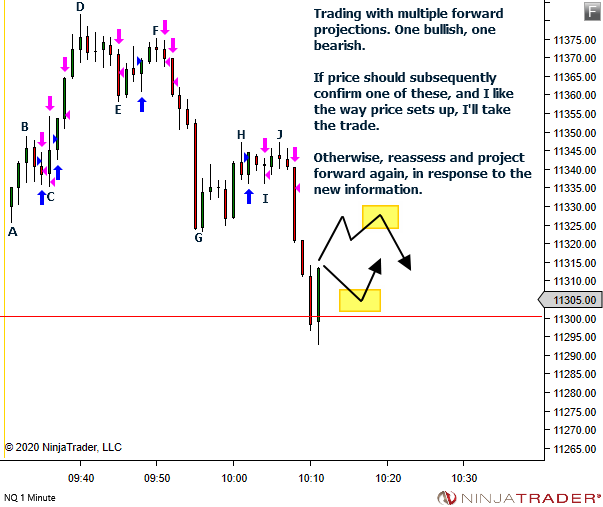 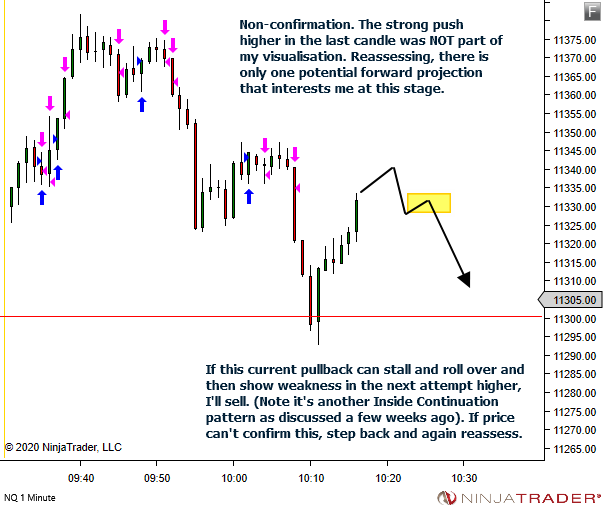 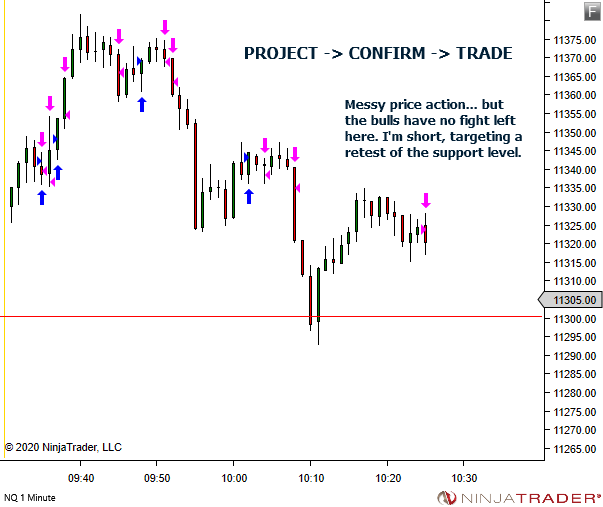 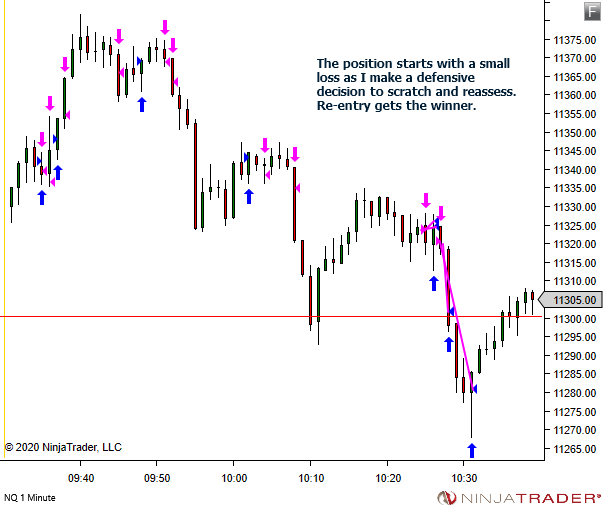 Keep part of your focus AHEAD of price.

The simplest way to make sure you’re playing YOUR game rather than getting suckered into playing the market’s game, is to ensure that you ONLY trade setups that you saw setting up well in advance. Project, confirm, and then only trade if the movement into the setup area makes sense when compared with your forward projection.

Tuesday offered a beautiful pennant in the emini Russell market. But here’s the problem with patterns, as I see them.

Good news… tech problems delayed the start to my trading on Monday. Well, not good for me I guess, as I missed a beautiful trap entry at the open. But good for those who were hoping for a followup to the prior article, Trading after Structure has Formed, where we discussed the idea that those…