One of the most common themes I see in emails is a tendency for traders to focus too much on the individual trade.

Every day… "I can't believe this trade lost. Can you tell me what I did wrong?"

Never do I get the following… "Looking at my longer term stats as they relate to my last 20 trades, I see my win:loss size ratio down quite a bit compared to the average across all samples of 20 trades. I have assessed the following probable causes and solutions. I'd love to know your thoughts!"

This is not a game of individual trades.

This is a game of longer term results.

We've touched on this theme a little in recent weeks.

But the emails continue… so let's examine the idea one more time in a slightly different way.

I don't remember when and where I first heard the following. But it really stuck with me as a great way to develop a longer-term mindset. A great way to trade with the right expectations.

Your last trade might have lost. That's fine. Learn from it if you could have done better.

But as long as you didn't let the loss get out of hand, it's nothing unexpected.

Expect breakeven trades… it's just part of the game! 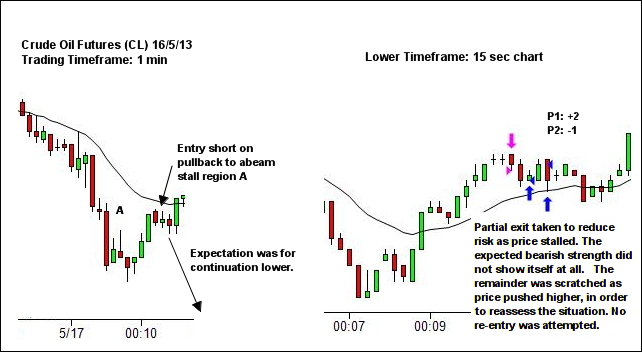 Expect many small losses… it's just part of the game!

Expect many small wins… it's just part of the game! 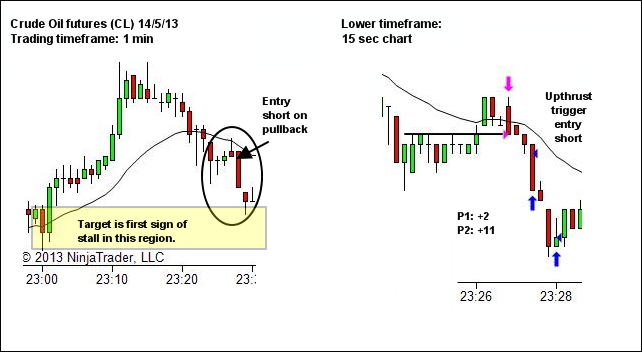 And while we're at it, expect many missed trades… it's just part of the game! 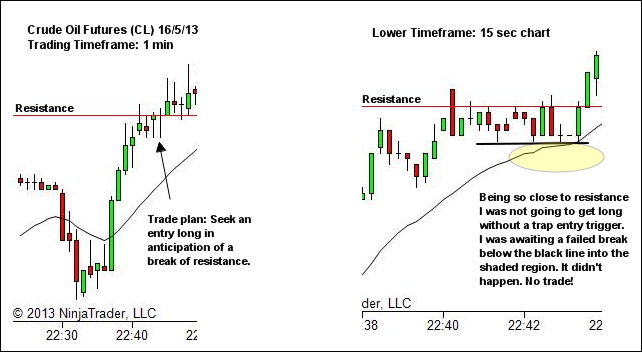 Aim for these misses, scratches, small wins and small losses to overall cancel each other out, cover costs, and ideally grind out a small rising equity curve.

And expect the occasional larger win which gives a real boost to your equity curve. 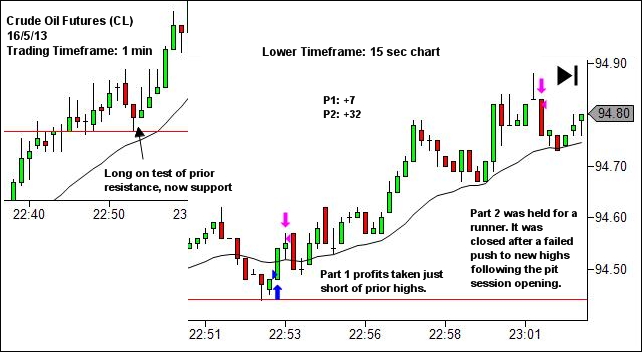 But under no circumstances should you allow your losses to become larger than their initial 1R risk.

Profit over the long term over a series of trades.

The charts should be pretty self-explanatory, so have a read through them and then I’ll wrap it up with some text following the last chart.

In the last article I stated that support and resistance (for me) is based on previous swing highs and lows, areas of congestion, round numbers and gaps. We’ll now review these types of support and resistance, discussing how to identify them, and how they formed. In this article we’ll start with my favorite support and…

Take note of the way that price approaches an S/R level. The more that price has to stretch to reach it, the better. This is a time to FOCUS. Because if this move stalls, unable to attract sufficient buying to continue higher, it can potentially set up a very nice TST/BOF trade for reversion to…