This image was posted on social media recently, to highlight the way that the opening range can help minimise early damage to your P&L. 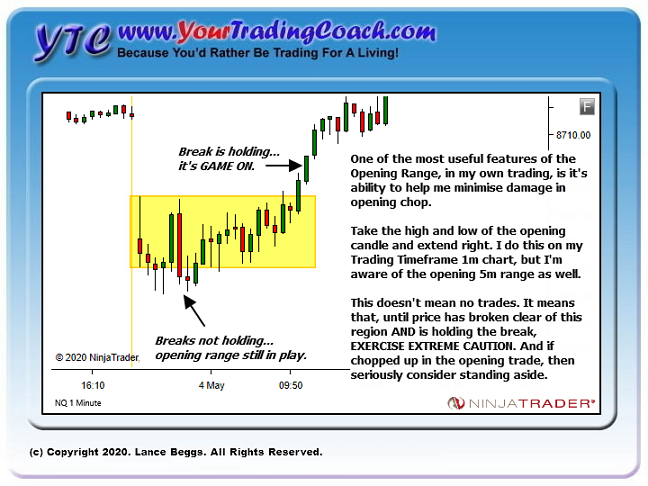 I received a message in response to the post:

This has me curious. Did you trade it? Can you show us the trades? If you did stand aside, at what point did you know to stop?

I did take two trades. Neither went to the targets as planned, but active trade management meant I was not in drawdown. I'm happy with both trades. They were the right decision.

I then stood aside and waited for the break.

So let's look back at the market and discuss my decision making. In particular, when I "called" price as stuck in the opening range. And when I stood aside.

Because it's rarely obvious that there will be opening range chop, until after the fact. And quite often it's only obvious after we've taken a loss or two.

As we work through this price sequence, it might be helpful to think of me as transitioning through three stages:

1. Fully engaged in the price action right from the open. Ready to react to any potential early trade opportunity, should the market drive with strength.

2. Recognising a chop-zone, with price stuck in the opening range, but still allowing limited engagement.

3. Recognising a chop-zone, and standing aside because I see greater potential for damage than profits.

Let's look at the market and work our way from stage 1 through to stage 3. 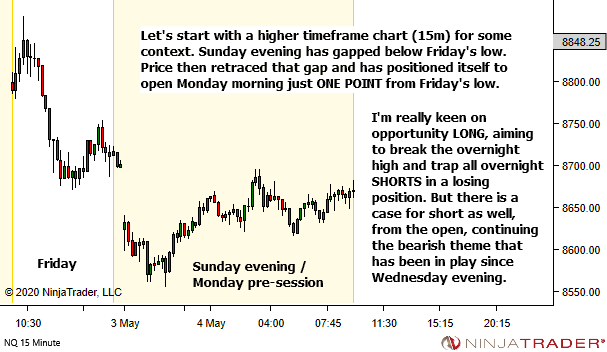 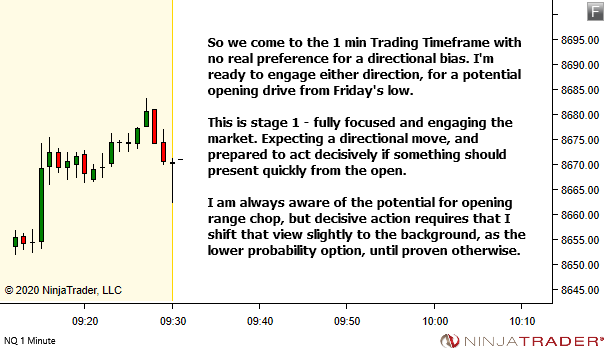 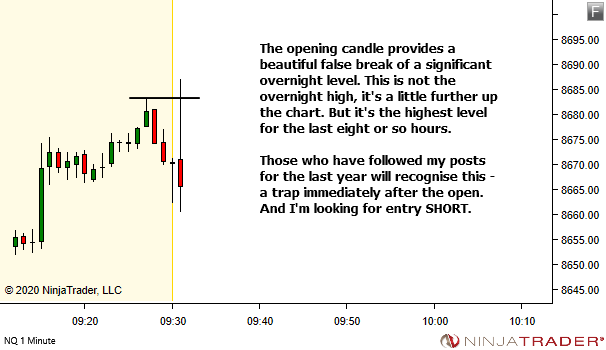 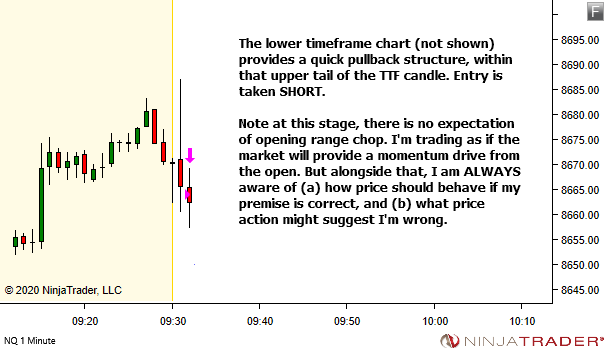 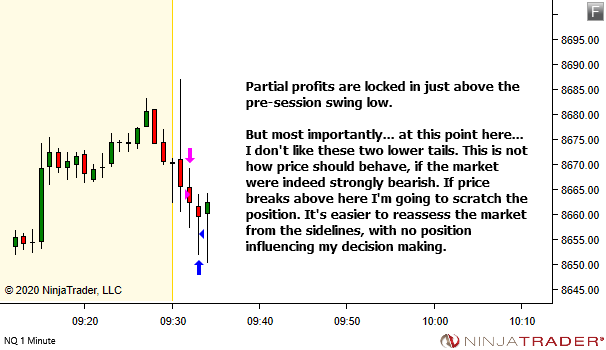 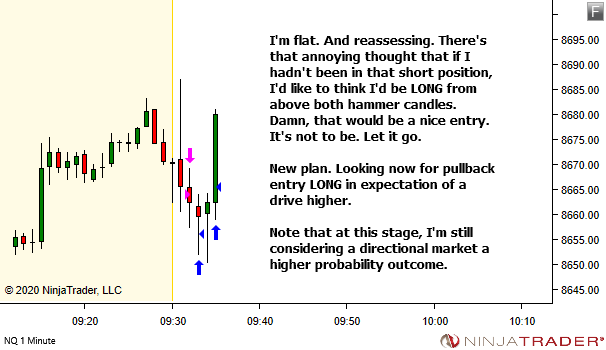 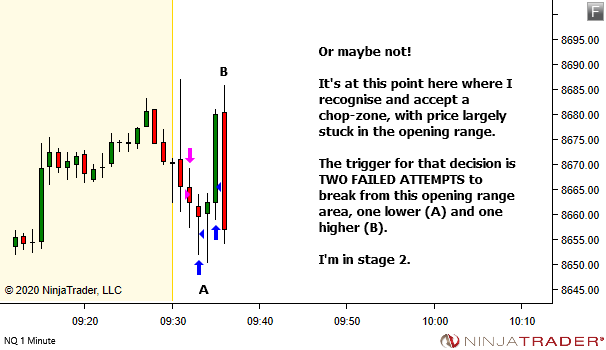 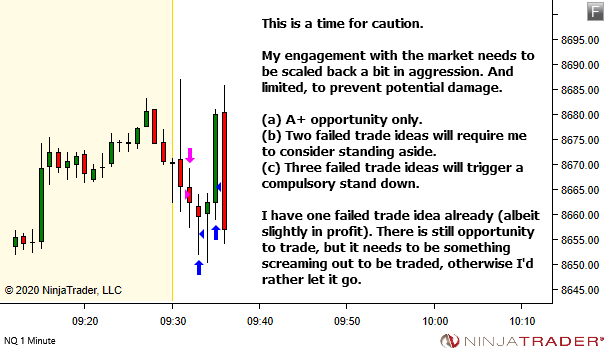 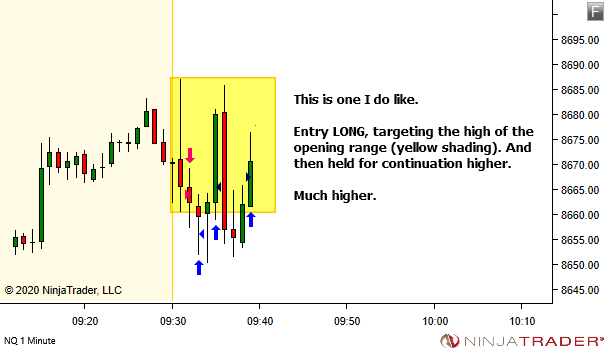 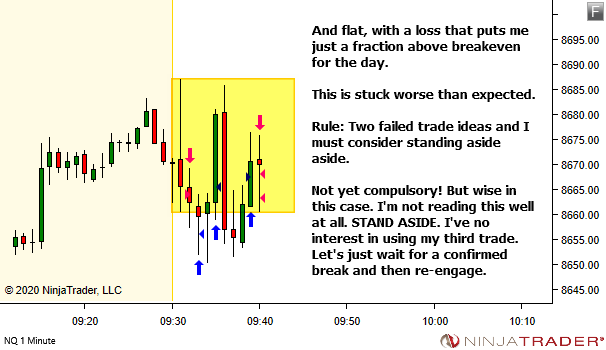 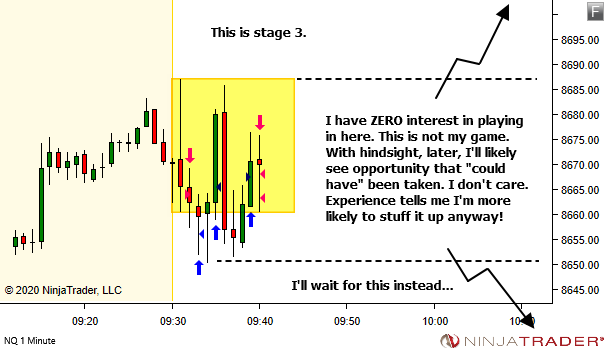 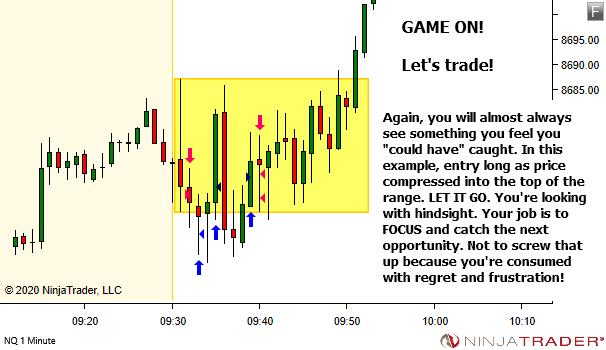 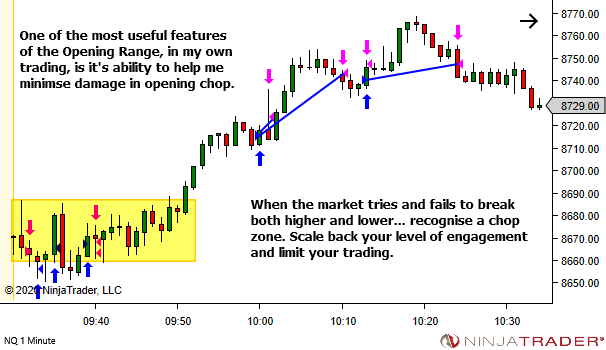 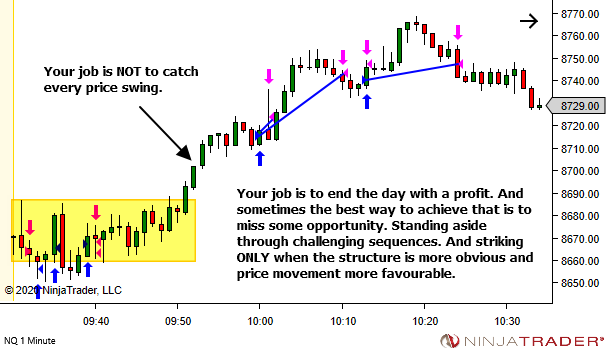 The following is an excerpt from an email response to a trader who suggested that, “Price Action Trading is a lagging indicator (albeit short lagging indicator) methodology based on one’s reading of the future price direction through market/trend analysis with active management designed to scratch trades early if the market suggests one is incorrect on…

A reader recently sent me a question which I think we can all learn from. Let's start with the higher timeframe first to get a bit of context. It's the YM (emini Dow) on the 24th of January 2018, if you wish to look at your own charts. And now let's examine the 1…

My plan on Wednesday was to trade the US forex session; not because I expected the best opportunity at that time, but because that would be the only time period that would not be impacted by ‘family time’. Then unexpectedly, at around 7:15pm (early UK session), my wife and kids decided to head over to…

This question was different. In the decade and a half of YTC I don’t recall having had this one before… What do you consider to be your most underrated post or article? What could I have missed in my reading? Interesting! My initial response was “Give me a few days to think over this one”….