Take note of the way that price approaches a level of support or resistance.

The more that price has to stretch to reach it, the better. 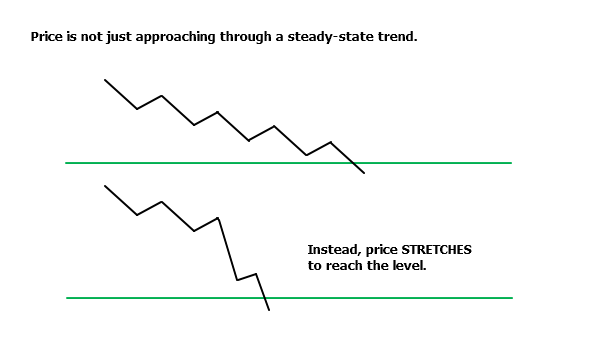 This is a time to FOCUS.

Because if this move is unable to attract sufficient selling to continue lower, it can potentially set up a very nice YTC PAT BOF trade for reversion to the mean, or even complete reversal.

We discussed this concept previously in the following articles:

But it happens over and over again, so let’s look at another example. 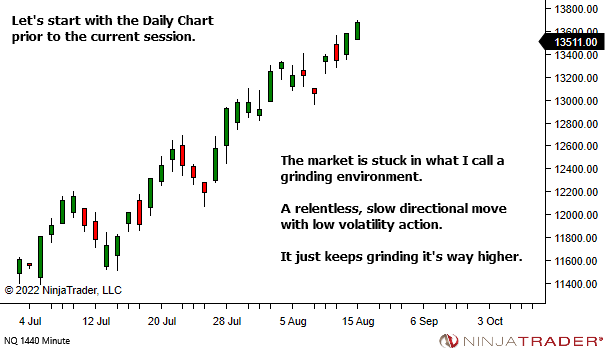 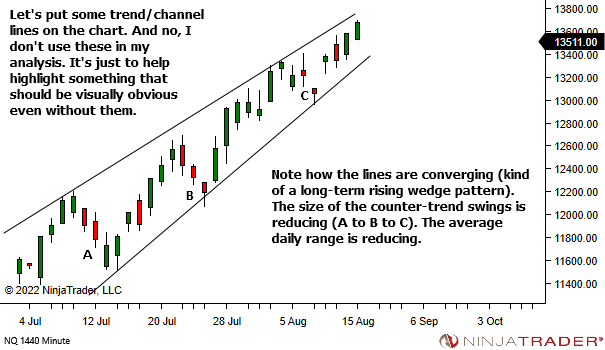 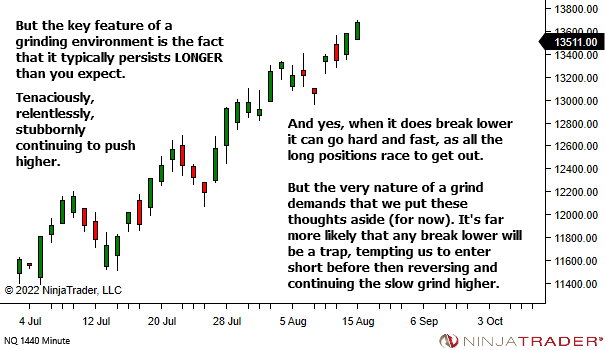 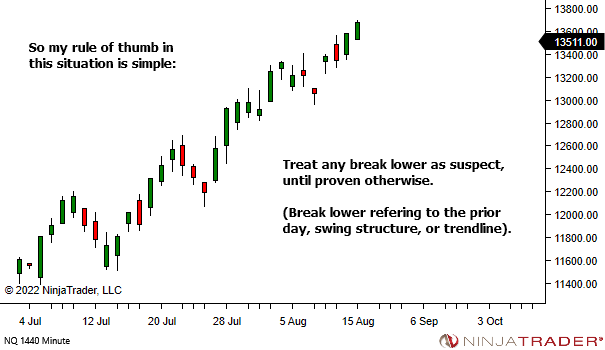 Let’s shift to the 30 minute Higher Timeframe chart as we’re about to open the session. 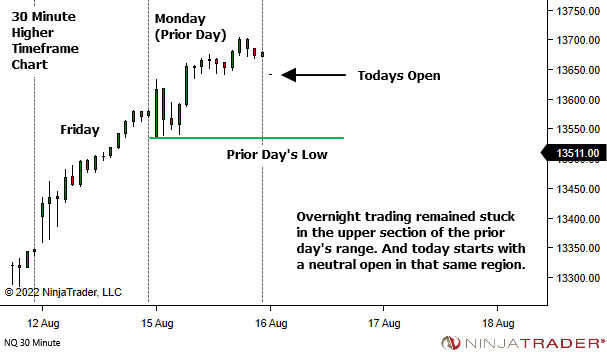 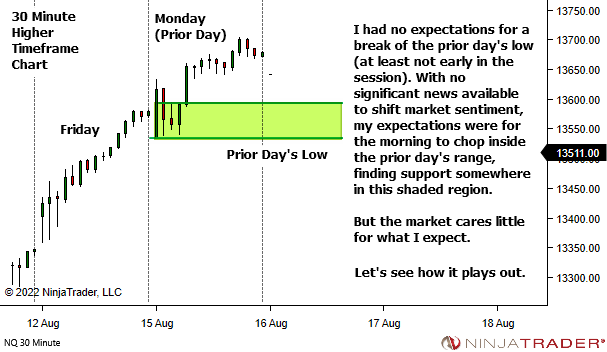 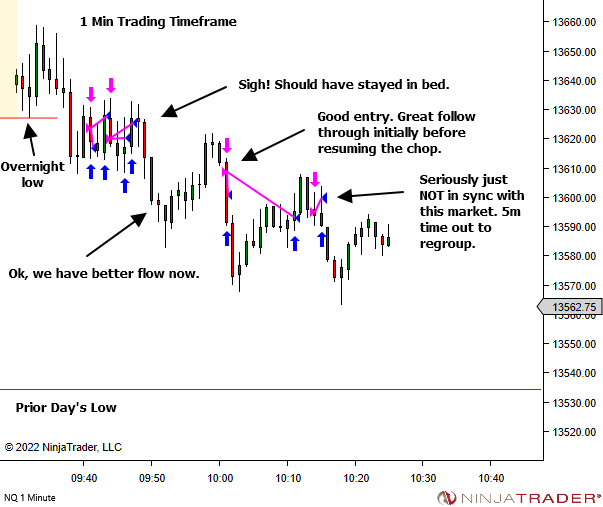 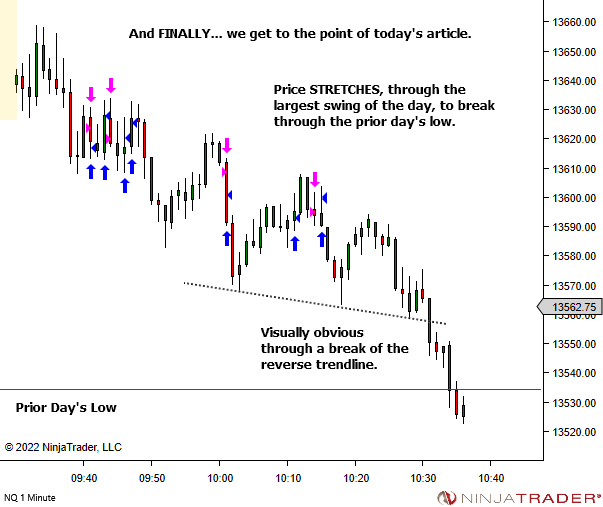 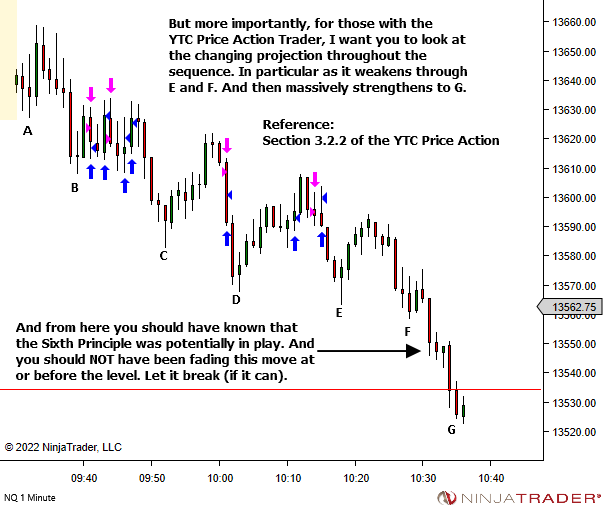 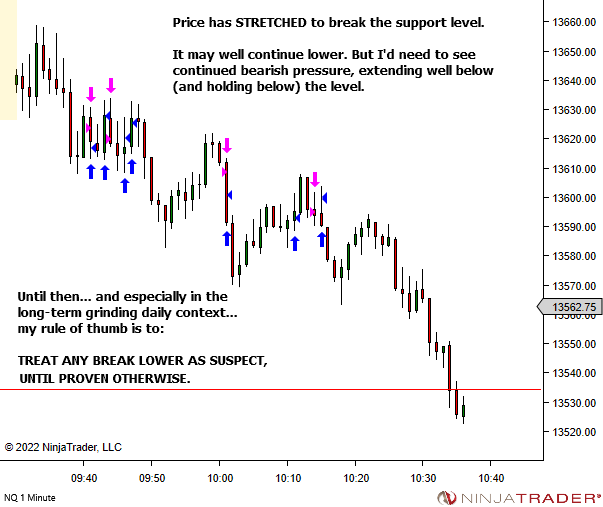 Again, if the break can hold and if these prices can attract sufficient new selling, the market could push lower. My job will be to recognise this and seek BPB/PB opportunity SHORT.

But given the context, I’m keen to see the opposite occur.

I’m keen to see a lack of selling pressure, trapping any breakout shorts into a losing position and fueling a potential snap back higher for reversion to the mean. In other words, a BOF setup LONG.

Again… think of a rubber band stretched and released.

Let’s see what follows. Does the break of the prior day’s low bring in new selling pressure? Or has the move exhausted itself and potentially trapped the breakout shorts? 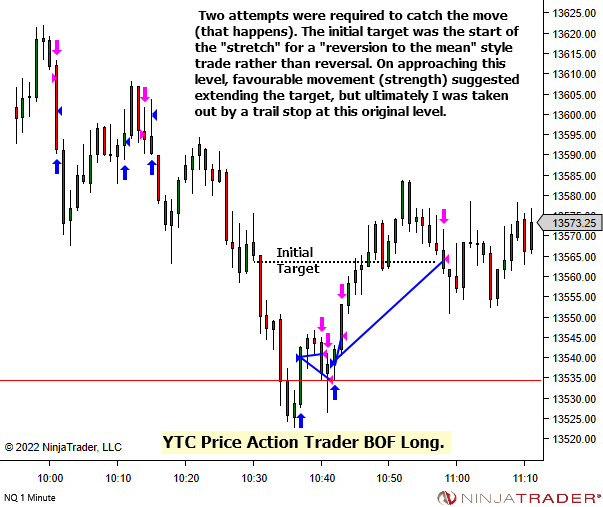 The more that price has to stretch to reach an S/R level, the better.

This is without doubt one of the best ways I like to see price set up a YTC PAT BOF trade from support or resistance.

I was asked during the week by a reader (MB) why I don't show more losing trades in my newsletter articles. This is a great question. The reasons are of course less than perfect – all typically ego related – so I won't go there. 🙁 However MB has a good point. There is great…

I highly recommend spending some time every now and then just playing with your charts. Try something new. Or see if you can apply old ideas in new ways. Just occasionally, you may find something useful. Today I'd like to share a simple tool that I've been using for the last few years, alongside…