To use an analogy, if you operate a business and wished to increase profitability, there are two primary areas to focus. First is through increases to revenue; developing new revenue streams or improving how you manage your current revenue streams. The second method is through focus on reducing costs; eliminating expenses or identifying ways to reduce them.

In trading, your losing trades can be considered a business expense.

And so improvement in trading stats should not only be sought through getting better at finding winning trades but also by getting better at avoiding losing trades. Or if not avoided, then through earlier recognition of lower probability positions, allowing you to more effectively manage the trade and minimise damage.

So if you're currently stuck in your development as a trader, consider a change of focus for a while. Put your focus for the immediate future on learning to handle the losers rather than on finding the winners.

Before we look at some examples let me make one important, and hopefully obvious, point. We cannot eliminate all losing trades from our game. You will always have a percentage of your trades which are losers. The key point though is that these losers should be valid trades in accordance with your trading plan, and which make sense from both an orderflow and a "markets as people not prices" perspective. We cannot eliminate these losers (although we can get better at identifying them through experience). The trades we wish to eliminate though are those which are not valid, or do not make sense from an orderflow perspective; or at least are a lower probability option.

That is, remove the lower probability trades and the P&L will more often than not improve.

So here's what you need to do.

For a period of time build up a large database of losing trades. Then examine them for common features or criteria that suggest a lower probability trade. 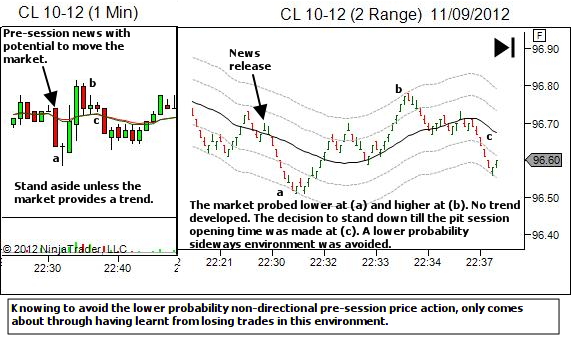 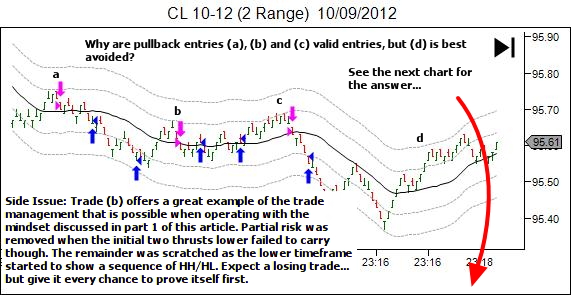 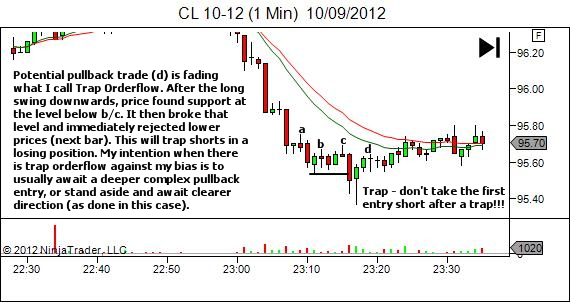 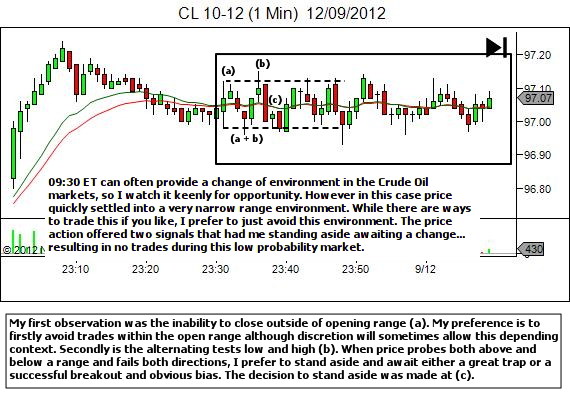 The above are just examples. The most effective learning comes from you finding your own rules. These examples will give you an idea of how I avoid some trades which I deem to be lower probability; and they'll provide you a starting point for your own list.

Be aware though that the "rules" don't have to necessarily lead to a "no trade" outcome. Options for each of your rules may well be to pass on the trade. But you may also wish to allow discretion at the time as to whether to pass, or whether to just await further confirmation or a second chance entry, or even just enter but manage aggressively. For example, you can see in the chart example shown in part one of this article where I entered a long trade which failed. This is actually within the opening range price bar. Discretion allowed the entry as price retested the point of initiation of the bullish breakout, but I did so knowing full well that I was operating in dangerous opening range territory and that if price didn't rally quickly then I should not hesitate to exit. The loss was contained, allowing it to be easily overcome by the next winning trade. 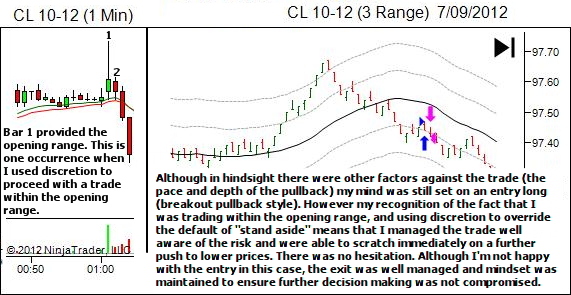