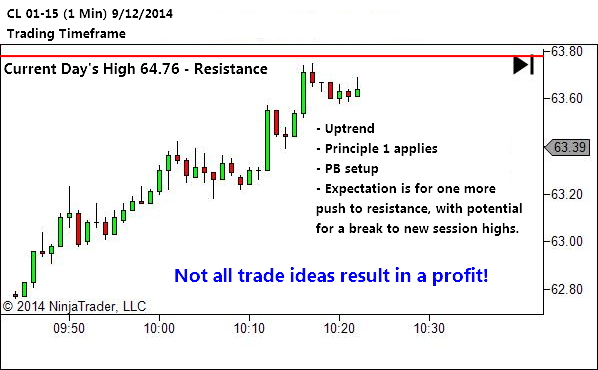 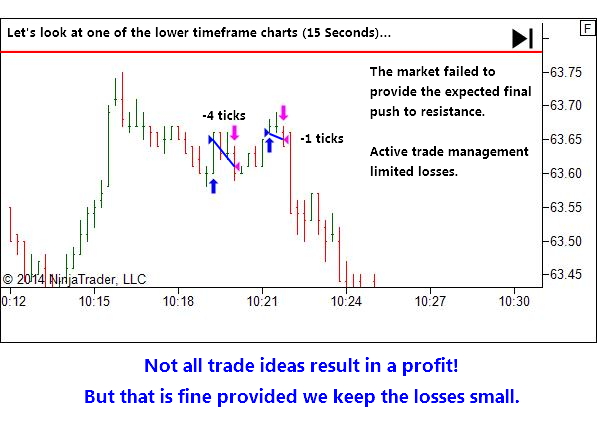 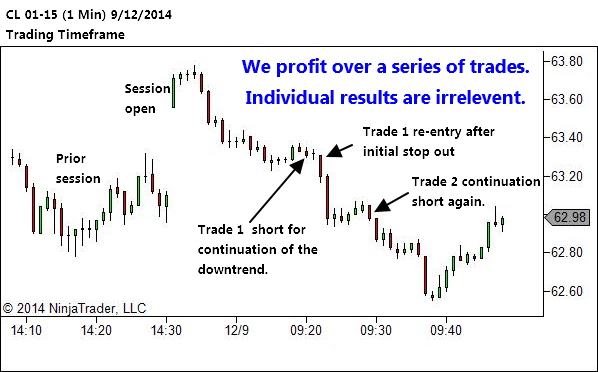 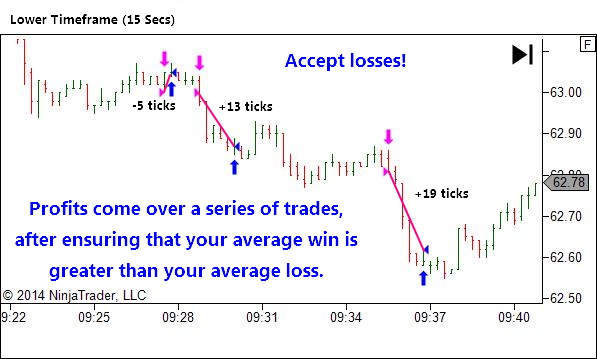 Every week I get emails asking why a particular trade failed. These people are (in most cases) focusing on the wrong aspect of their trading business.

They need to focus more on Win/Loss Size Ratio and less on Win Percentage.

They need to learn to profit over a series of trades, not an any one individual trade.

For more on this topic see:

And in fact every other article listed with the tag "Trade Series":

EMAIL QUESTION: Do you ever use a limit order to trigger into a trade? I've been trying to use limit orders when the market is in a trading range, selling at the top, buying at the bottom. If this is a fools game could you please set me straight with an explanation of why this…

I love it when I read forum entries from people suggesting trading strategies along the lines of: Enter long when the RSI(14) is above 50, the stochastic (14,5,3) has crossed positive, and the Williams %R(14) is rising from the oversold area Enter short when the RSI(14) is below 50, the stochastic (14,5,3) has crossed negative,…

Question Received via Email: I'm an experienced long time, unsuccessful trader looking for profitability and consistency (aren't we all), anyway you seem to have way TOO much information. Can your method be boiled down to a few simple rules or is it more complicated than that. Sorry to be so blunt. Thanks. Initial Email Response:…