Ok… maybe not you… but too many traders DO have too much focus on individual trade results.

I get a LOT of email from readers asking about particular trades; where they went wrong in their decision making and how they could have done better. While it's great to review each individual trade, the wording in emails often leads me to wonder about their expectations. I really feel that too many people have too much focus on individual trade results, believing that each and every trade SHOULD have been a winner. This is far from the reality of trading, in which the majority of your trades will fit into the categories of small loss, breakeven or small win. A smaller percentage of trades will likely be the ones which make all the difference.

Losses are a part of the game. We expect them. We aim to minimise the number, but we still expect there will be many. Hence the importance of trade management, in which we also aim (over a series of trades) to ensure our average win is greater than our average loss.

In many respects then, individual trade results are irrelevant. Longer term samples of trades are what matters.

Here are a couple of notes I have on a whiteboard next to my desk to remind me of this:

These are not my quotes. I borrowed them from somewhere else. I think the first came from either Ken Wood or Cyrox. The second I think was adapted from Don Miller's blog. But regardless… they're good reminders to keep our focus on the longer term.

Let's look at today's trading (below). Perhaps it's the wrong one to choose as the result is certainly a good one. But it still shows the point, which is that trading is an imperfect art.

There were six points on the chart where I wanted to trade but couldn't, either because my bias was completely wrong or the market gapped over my (stop limit) entry order without filling.

There was also a really nice entry on the chart that I didn't even see happening at the time.

And then of the six trades taken, four of them either didn't work or just resulted in small profits, for about a breakeven result overall. And the two that did work, part one of each position grossly underperformed.

Results in this particular sequence of trades were overall quite outstanding. But this came from only two individual parts of two trades. Often only one part of one trade will prove the difference between profit or loss for a session. Often none will outperform and we'll rely on many scratches and small profits to grind out a (hopefully) minor profit for the session. Other times the session still comes out a loser after we add up all the small individual results.

Results are only valid over a longer sample of trades.

Win, lose or draw on each individual trade… it doesn't matter.

Once you get this you'll find that it's a weight off your shoulders and makes it easier to pick yourself up after a loss and continue on to the next opportunity (providing session limits have not been hit of course)! 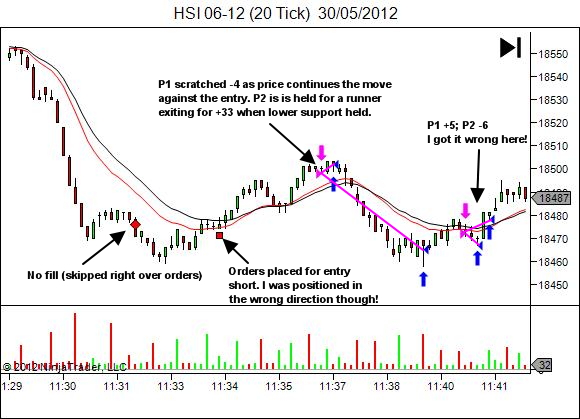 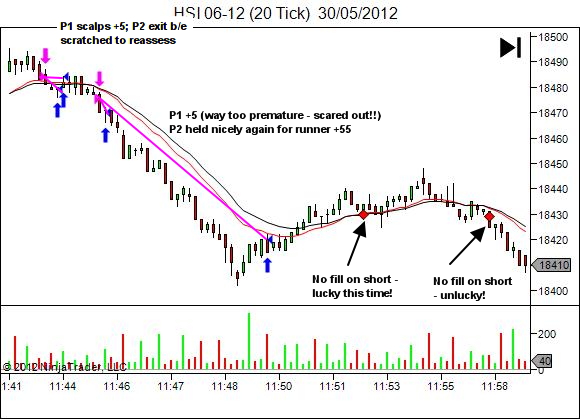 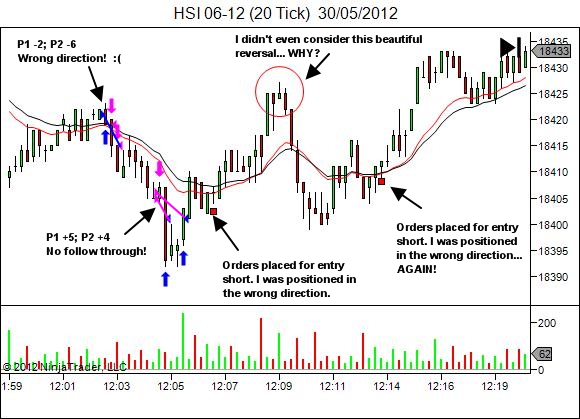 Trading is a performance activity. So much of your success or failure comes down to your ability to make quality execution decisions in real-time. And so much of that depends upon your ability to keep your focus OFF yourself, during those times when things are not going quite right. Take the focus off yourself. And…

We're one week into the new year. Are you already trying to tweak your strategy, or your trading process, based upon a bad session or two? Before making changes to your strategy or process, ask yourself the following questions: 1. Is the change the result of deliberate analysis of past performance, in order to…

Context: The trade idea: The entry: Out: How I think on trade exit: All exits are temporary. Pause and reassess. Consider re-entry if the premise remains valid. Sometimes it takes two entries. Sometimes it takes three. There are no ways around this. In the uncertainty of market action it's unreasonable to expect that we…